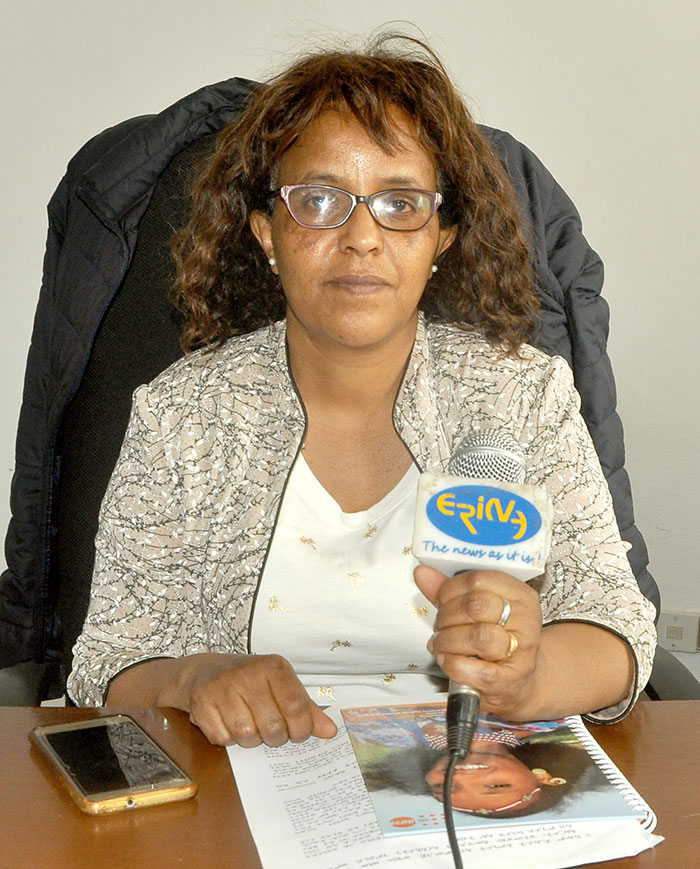 Asmara, 03 March 2021- Encouraging effort is being exerted with a view to strengthening the economic and educational capacity of women. The comment was made by Ms. Senait Mehari in an interview she conducted with Erina in connection with 8 March, International Women’s Day.

Ms. Senait went on to say that parallel with the effort to increase awareness of women, the National Union of Eritrean Women is exerting effort to strengthen the capacity of women to enable them to become productive members of society.

Indicating that 40 million Nakfa soft loan has been extended to 14 thousand women, Ms. Senait said that the beneficiary women are engaged in agricultural, trade, and other activities.

Regarding the development of the educational capacity of women, Ms. Senait pointed out that the union has established training centers in all the regions of the country.

The union is also extending material and financial support to disadvantaged women that are taking care of families of martyrs, orphans, as well as elderly citizens, and that beneficiary women, are demonstrating encouraging effort to improve their livelihoods with the support they are provided, Ms. Senait added.

According to Ms. Senait, the national union has also exerted encouraging effort to eradicate harmful practices and that the FGM practice that was 95% in 1995 has significantly dropped to 33% with women aged from 6 to 15 and to 12% with children under 5 years of age.