Wildlife: Something to Preserve and Protect 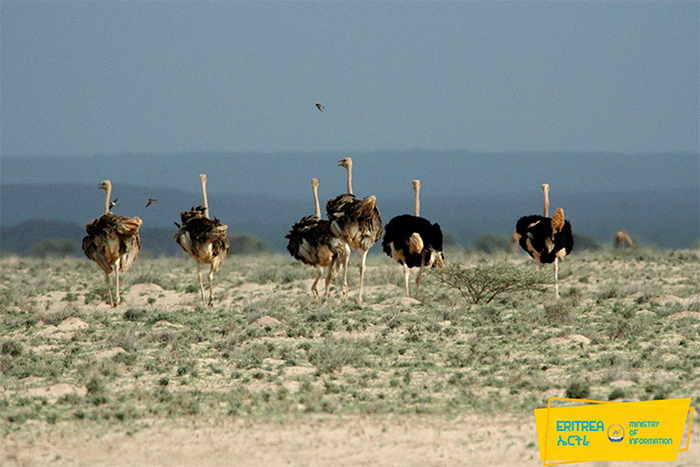 Every year, on a number of different days across the calendar, the international community comes together to observe international days. As declared by the United Nations (UN), international days are “occasions to educate the public on issues of concern, to mobilize political will and resources to address global problems, and to celebrate and reinforce achievements of humanity.” During the past week, several significant international days have been celebrated by the global community. On 8 March, the world observed International Women’s Day (IWD), paying tribute to women, raising awareness about their fundamental rights, successes, and challenges, and recognizing their important place in society. Only a couple of days before that, on 3 March, World Wildlife Day (WWD) was observed.

In Eritrea, IWD is one of the most important days on the annual calendar and it is set aside as a national public holiday. Annually, the special occasion is marked by colorful cultural and musical programs (this year’s celebrations were slightly scaled back due to the COVID-19 pandemic). However, while IWD has received coverage and attention (as it certainly should, since women are the fundamental backbones of our communities and nation), WWD has been somewhat overlooked. Accordingly, the following several paragraphs briefly discuss WWD, with a particular focus on Eritrea. 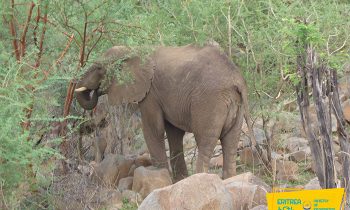 Although a large number of the UN’s international days have a long history and have been proudly celebrated for many years, WWD is still relatively new. In fact, it only dates back to 20 December 2013, when the UN General Assembly, at its 68th session, proclaimed 3 March as WWD. One of the main reasons for selecting this date was the fact that it was also the day of signature of the Convention on International Trade in Endangered Species of Wild Fauna and Flora (CITES) in 1973. (One of the world’s most important environment-related treaties, CITES aims to protect wildlife from over-exploitation from international trade.) Despite having been adopted only several years ago, WWD has already grown to become the most important global annual event dedicated to wildlife. It not only provides the global community with an opportunity to celebrate the many beautiful and varied forms of wild fauna and flora, it helps to raise awareness of the multitude of benefits that their conservation provides to humanity. Notably, several of the UN SDGs (such as 14 and 15) focus on or revolve around conservation, wildlife, and halting biodiversity loss. (The UN SDGs, which are a global set of goals for all countries – low-, middle-, and high-income – to meet by 2030, cover a wide range of development-related objectives, such as education, health, gender equality, poverty, and the environment.)

Although Eritrea is certainly far from the largest in terms of geographic area (covering an area of approximately 125,000 km²), it has a very diverse flora and fauna, both at land and in the sea. Among the country’s most important ecosystems are the coastal marine and island ecosystems of the Red Sea. The waters off Eritrea’s hundreds of islands and its extensive coastline – which at approximately 1,900 km long makes it one of the longest in all of Africa – contain over 1,100 fish species and 44 genera of hard coral, resulting in one of the highest recorded levels of endemism and species diversity for a water body. Remarkably, around 18 percent of fish species and 20 percent of coral species are reported to be endemic to these waters. As well, between 380-400 km of the Eritrean mainland and islands coastlines are occupied by mangrove forests, with three of the seven mangrove species present in the Red Sea found the Eritrean coast (De Grissac and Negussie 2007). Turning to land, Eritrea has a unique northern African elephant population, and the world’s only viable population of free-ranging African wild ass (donkey). The country is also home to a number of other globally rare and endangered species, such as the Nubian Ibex and several gazelles (Dorcas and Soemmering). Several years ago, a long-missing gazelle species, the Eritrean Gazelle, was also rediscovered after nearly 90 years. 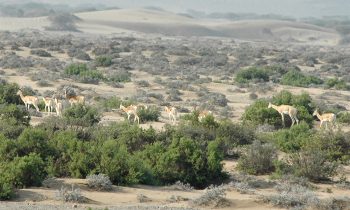 In addition, while a number of surveys are ongoing, it is believed that there are between 550-600 bird species in Eritrea (comprising a mix of resident and regular seasonal migrants). In recent years, studies have also recorded more than 10 reptile species (mainly lizards) in Eritrea. Excitingly, one species of amphibian, the Asmara Toad, previously thought to be extinct has recently been rediscovered, while the Eritrea Side-neck Turtle, a species found only in Eritrea and that had been feared extinct, was observed again several years ago. Eritrea’s plant and agricultural biodiversity is also considerable. The country is the center of origin for several field crops and there are clear indicators of rich genetic diversity both in cultivated and wild forms. Moreover, the Northern and Southern Red Sea regions of the country house some of the last remaining tropical coniferous and broad-leaved forests along the Horn of Africa.

Despite this great richness of diversity, due to several factors – such as decades of war and human-induced pressures over many years – the flora and fauna resources in Eritrea have dwindled greatly. However, since independence, a number of important measures have been taken to address these issues. High-level commitment has been illustrated; for instance, the National Charter (1994) states that, “We are committed to economic growth, but in conjunction with social justice and the protection of the natural environment”. Eritrea is also a signatory and party to a number of conventions and international agreements relating to the environment, wildlife, and biodiversity conservation, including: Convention on the International Trade in Endangered Species of Wild Fauna and Flora, 1973; United Nations Framework Convention on Climate Change, 1992; Convention on Biological Diversity; United Nations Convention to Combat Desertification in those Countries Experiencing Serious Drought and/or Desertification, Particularly in Africa, 1994; World Heritage Convention, 1972; Cartagena Protocol on Biosafety to the Convention on Biological Diversity, 2000; Convention on the Conservation of Migratory Species, 1979; Kyoto Protocol to the United Nations Framework Convention on Climate Change, 1997; Paris Agreement, 2015; Doha Amendment to the Kyoto Protocol, 2012; Nagoya Protocol on Access to Genetic Resources and the Fair and Equitable Sharing of Benefits Arising from their Utilization to the Convention on Biological Diversity, 2010.

Finally, a range of other tangible steps have been taken. Tree planting and terracing are regularly conducted to address land degradation and deforestation (hundreds of millions of seedlings have been planted since independence), while during the early 2000s, Eritrea banned the production, importation, sale, or distribution of plastic bags, making it one of the first countries in all of Africa, and one of the few in the world, to do so. Also, the hunting and trapping of wild animals and the cutting of live trees is banned, and large areas of land, coast, and sea are set aside as protected reserves or national parks. Eritrea’s rich diversity of wildlife is a blessing. Not only should we celebrate it, we also all must keep in mind that we have a deep obligation to protect and preserve it.

A Woman’s Beauty is in her Character and Deeds