Eritrea’s Crops and Livestock Corporation (ECLC) launched vast farm projects in the southwest Gash-Barka region in places such as Haykota, Tesenai, and Goluj sub-zones as well as places in the Southern zones of the region in 2016 taking into account that the Gash-Barka region has vast fertile zones and is endowed with abundant water streams from the highlands. Since then the cultivation of crops, vegetables, and fruits as well as raising livestock have been flourishing. 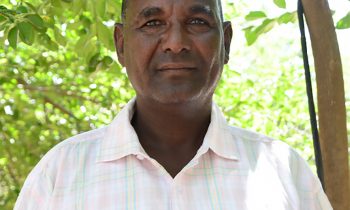 According to Mr. Hailezghi, the current strategic focus of the Corporation has been augmenting fruit and livestock production for local and international markets while the efforts being made to increase the production of tomatoes have been geared toward raising the production of tomato paste both for local markets and to be exported. To make their lives easier, subsistence farmers in the Gash-Barka region have been provided with farm machinery at a very fair price. “The farmers used to pay 1,000 Nakfa per hour for a private farm machinery which the Government is now offering at only 300 Nakfa per hour and the people are thankful for the support they are getting,” Mr. Hailezghi said.

ECLC cultivates crops during the rainy season in all southwest farms to help ensure food security and meet the demand for animal feed. The cultivation of sesame and sorghum, during the rainy season, has been mostly carried out in Ketay (around Omhajor) and in Gerset as well as in Aligidir covering a total of 7,000 hectares.

Apart from the regular farm activities, pilot projects have been carried out at Gerset and Fesko to cultivate crops indigenous to the highlands of the country, which showed promising results. Mr. Hailezghi Habte, head of Southwest Farm Zone at ECLC, said if cultivated in a season of optimal temperature, from November to February, the Gash- Barka region is conducive for the cultivation of typical highland crops.

In line with the ongoing efforts to make a difference in agricultural produce, Mr. Hailezghi said that the corporation has been working to supply select vegetable seeds and to encourage farmers to form farmers’ cooperatives to be able to meet the demands of tomatoes at Banatom Factory in Alebu. Initiatives taken to give exemplary farmers select seeds to cultivate have shown remarkable results that in the long run, the corporation intends to make the select seeds accessible to all farmers in the Gash-Barka region. 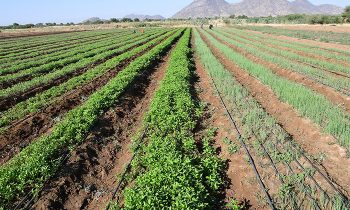 Dams have been constructed in the Gash-Barka region primarily to trigger the development of advanced irrigation systems at the farms in the region. Mr. Hailezghi said that because of the dams the farms in Gerset, which began with small fruit plantations, have been steadily expanding and are now supplying local markets throughout the nation with fruits such as mangoes, oranges, grapefruits, and lemons. Currently, around 50,000 trees of fruits have been planted in all farms of the southwest zone, and the number has increased with the plantation of all types of fruits in the last three years especially in Fanko- Rawi, Fanko-Tsumue, Aligidir, and Adi-Omar. In areas around Bademit dam, the water has only been used for livestock due to lack of electricity, Mr. Hailezghi said, although their plan is to expand irrigation-based farm activities just like other areas in the region.

Similarly, the livestock resource development program has been making major strides. The program that began at Afhimbol farm project was extended to the areas around Alebu, Fesko, Adi-Omar and Aligidir. The Corporation raises Hameria and Gereji sheep species, Gamus, Hameria, and Begayt cattle species, and indigenous goat and camel species to help meet the national needs of the meeting. By engaging in animal husbandry the Corporation has been working to stabilize the market and meet the needs of colleges and ministries across the nation.

There has also been remarkable progress in human resource deployment at the farm zone. Mr. Hailezghi said, “We had a few agricultural experts when we launched the farm projects at the southwest farm, but thanks to the Government’s efforts in human resource development, graduates in various fields of agriculture have been coming in great numbers to the farm zone as of 2014. The contribution of these agronomists has resulted in the expansion of farm activities, an increase in yield, and an overall transformation of agriculture in the zone.” 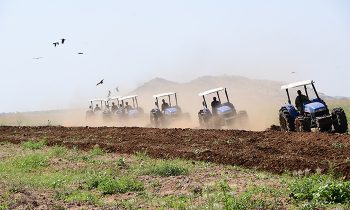 One of the Corporation’s objectives at the farm projects has been the promotion of skill transfer. Employees have been trained as operators of farm machinery and acquired other skills that could impact their career and the development of the farm zone. The college graduates assigned to work at the farms, who are now effectively running the farm project, have been leaders in training employees who are now working as veterinary experts at farm projects operated by the corporation.

The farm activities in the southwest zone have created job opportunities and changed the living standards of the residents of Haykota, Tesenai, and Goluj sub-zones. The people of the area, who engaged mainly in raising animals in the past, are now earning their living through a variety of farm activities. The farm undertakings implemented in the southwest zone opened a venue for the residents to take initiatives in the development of farms in other areas of the region.

In his final remarks, Mr. Hailezghi said that the Government has been contributing toward changing the living standards of the people by giving training and other services free of charge to enable the farmers to become self-reliant. Besides the provision of veterinary services and pesticides free of charge, the corporation also provides 45 Kg of crop and 500 Nakfa per month for the residents of the area working on the farm project. The overall vision is to modernize and develop agriculture for local consumption and for export.

The Journey for Equality