“I have always understood the value of education” 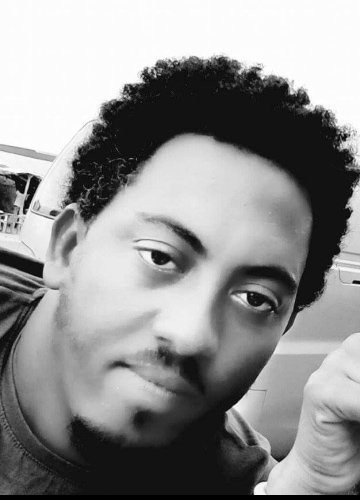 Our guest today, Berhane Kiflu, is a song and film script writer who is dedicated to teaching the public about what he knows through his work. He has written over 60 songs for famous Eritrean artists, including Milen Hailu, Feven Tsegai and Wedi kerin. Berhane had passion for writing at a young age and was one of the few student artists who contributed works of art for big national events. While he was at the College of Marine Science, he managed to work on his artistic side which has kept him in his comfort zone.

When I was young I never saw myself becoming an artist. But I think everyone is the outcome of all the challenges and hard work one goes through, and that is what happened to me. I am the result of all the roads I walked as a person, which has led me to art. In fact, I’ve had a strong passion for writing since I was a child. When I was in grade 4, I won a poetry competition at the school, and continued to be involved in art in middle and high school as well. But the one thing I was always most concerned about was my schoolwork. I have always understood the value of education and worked hard as a student. On top of it all, as a student I also did any type of job to support myself. I also took part at national events such as Martyrs Day and Independence Day through works I prepared to commemorate the days.

When I joined the College of Marine Science I seriously thought about getting involved more in art. Art was my first choice in college, but I was assigned to the Applied Marine and Fisheries Science. I think being away from the College of Art made me miss art even more that I wanted to really get into art. During my 2nd year in college, I spent half of my time writing. Back then, I hadn’t been out there yet, hadn’t met that many big artists and had some of my works stolen. That is something I had to go through to get where I am today; that is how I see it. Later on, I brought together some of the students, who were not in the field of Art, so that we could enter the Inter-college competition at the College of Arts and Social Sciences in Adikeih. At the competition our college won the prizes for short story, poetry and short play that I wrote and a song I played with the kirar (a traditional stringed instrument).

At the beginning of my 3rd year in college, I wrote four songs for Abrahaley Hagos’s album, but I don’t think that album made it to the public. The same year, I did a song for Helen Tsegai, which was praised by the audience. It wasn’t the only song in the album; I wrote the lyrics and melodies for six songs in the album. However, after my graduation I went further away from the world of art. I was assigned to work as an inspector at the sea, where I spent two years mainly on the boat. And if I worked on something, I wouldn’t find people who could understand it or me because we didn’t speak the same language. In short, I was a bit slow at that time when it comes to art.

Yes, I did. After spending most of my time at the sea for two years, I went back to work on comedy. People think that the song writer and the comedy and film script writer are different persons. It’s me, the same person. I guess people don’t expect you to be funny a n d serious at the same time. But as I told you the passion for writing has always been inside me from the beginning, since I was very young. So, at the time when I teamed up with artists who had the same interest, we wanted to revive comedy which was on the way side at the time. We wrote scripts and made comedies together for two years. The response we had from the audience was amazing. So, along with my colleagues I continued working on comedy and we had more than 40 comedies that were aired on Eri-TV. Afterwards, I decided to focus mainly on writing songs and that is what I have been doing. So far I have written around 60 songs that made it to the public. Besides, I continue to write scripts for feature films and television serials. I have so far made one feature film and three series of films, that have 25 episodes each, and a fourth one is on the way. 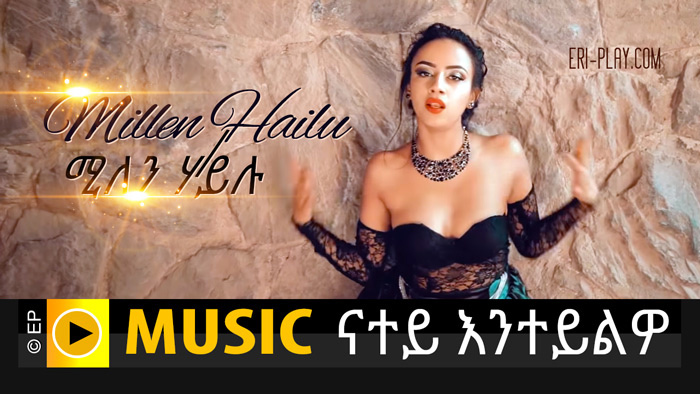 I always try to be a positive person. I try to look at the brighter side, and most of my writings try to reflect that. I always want to do a motivational type of work. If you have noticed, most of my songs are about being hopeful and faithful. I am a rational person and I hate fighting and bad words. What I know is that being hopeful gets a person somewhere. I have a strong belief that things can change and we can all make that happen by being hopeful and patient. That is mostly what I want to teach the public.

Yes, I have an appreciation and advice. I want to thank the audience for being there; they are the greatest support for the art industry to grow. So, we need your support and critique to be better. An artist can’t satisfy everyone as people have their own opinions and understanding, but opinions of the public matter for us to grow strong. And for all the artists, we shouldn’t fail to imagine that we can be recognized internationally for what we do. We can all do it as long as we all have the greatest goal of taking our capability to the next level. A lot of African artists are doing it, and why not us. I hope that we can all aim for that.