Racial Discrimination: An insight into Eritrea’s Past 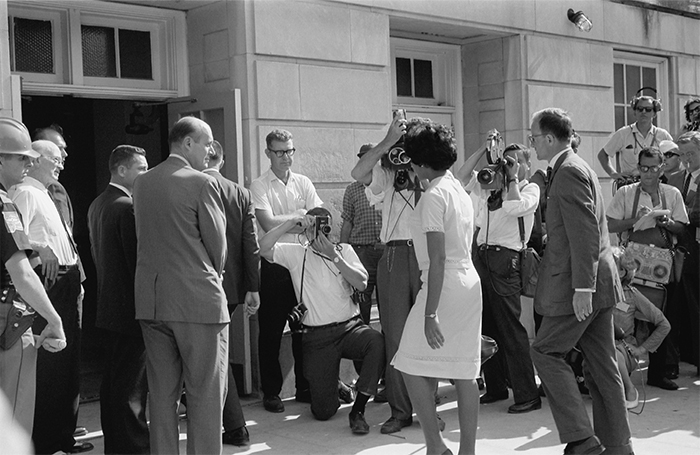 Racial discrimination has existed in the world for centuries but perhaps became more evident in the advent of European colonization of what came to be known as the developing countries in Africa, Asia, and Latin America. Like other developing countries that were colonized, Eritrea, too, suffered from racism, especially following the Italian invasion at the end of the 19th century.

The Italians had a racist education policy that allowed Eritreans to study only up to grade four. This was done not to enlighten the people but to make them loyal servants to the Italians. The Italians might have brought about economic development and lifestyle changes, but Eritreans, the rightful owners of the country, were never treated as equals to the Italians. Asmara was transformed into a small Italian city, but it was made for the comfort of the colonizers and not for the Eritrean people, who were turned into overexploited servants and underpaid soldiers under Italian rule.

Policies prohibiting “colored people” from wandering the main streets of Asmara’s main avenues were executed and trespassers were strictly chastised. By imposing 6:00 PM curfews, the Italians curtailed the freedom of movement of Eritreans, which made life excruciatingly difficult. Many Eritreans, especially notable local chiefs of the country, were detained at the notorious island prison of Nakura, which is seen as a sign of Eritreans’ valor and resistance.

In the Second World War, Italy was defeated by the British Army and was compelled to give up its reign on its colonies. On April 1, 1941, Eritrea was delivered to the British as its protectorate, and with that, the 50-year long Italian Colonial system came to an end. Through pamphlets they spread during the war with Italy, the British had promised self-determination and independence for Eritreans. But in reality, the British Administration perpetuated racism by opting to maintain the Italian Administration in Eritrea. Under the British Administration, Eritrea’s economy began to hit rock-bottom, as companies were closed and unemployment rates soared. Hunger and homelessness became part of the Eritrean communities’ life. The discrimination exercised by the British was obvious as they only tended to the needs of the Italian settlers while disregarding the cries of Eritreans.

Violent acts became common as British conspiracies with the Italians continued. To the detriment of Eritreans, they colluded to partition Eritrea and annex the western lowlands to Sudan and the highlands, along with the coastal areas, to Ethiopia. The British also deliberately destroyed Eritrea by demolishing its buildings and dismantling and selling facilities at ports, airports, and factories. They watched silently as Eritrea was afflicted with acts of banditry from inside and outside.

As they did elsewhere, the colonizers might have done everything they could to subjugate Eritreans and make them feel inferior and subordinate. But despite the unbearable acts of racial discrimination and patronizing exploitation, Eritrea and its people were able to be triumphant and stand strong. By choosing not to dwell on the past and mourn, Eritreans moved forward with maximum resilience. The pain the colonizers inflicted on them made them more powerful and firm. It became a catalyst to the struggle that culminated in Eritrea’s liberation in May 1991 at a cost of many valiant lives.