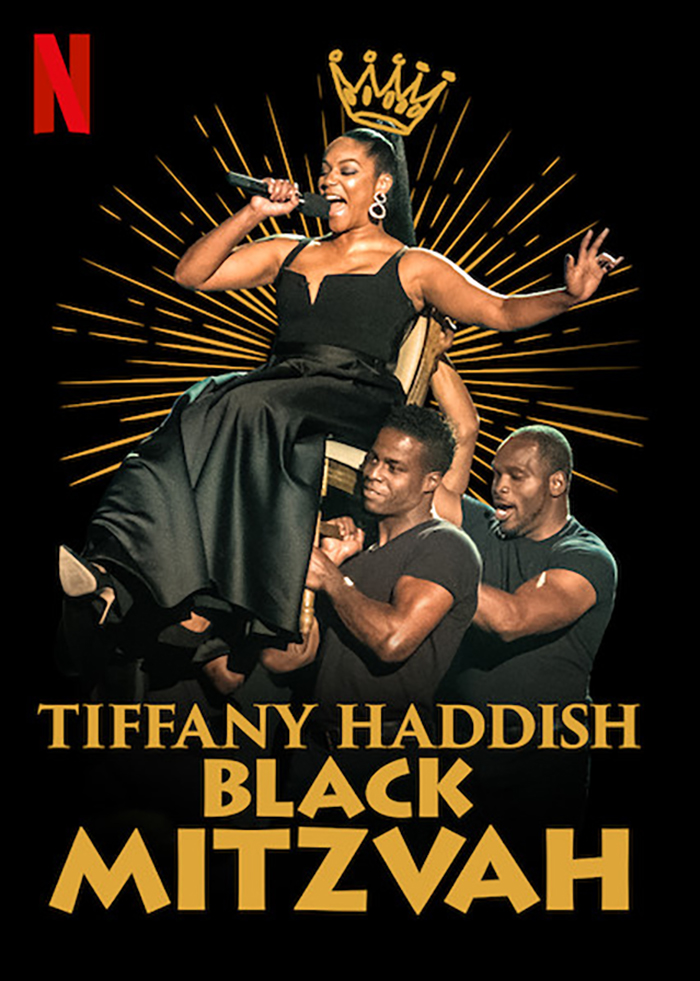 Baffled by my next-door friend’s shocking and sudden knock, a cursing look on my face welcomed her as she woke me up from my nap. With an exasperated look and one-eye closed, I yelled asking what the reason for the naughty knock was. Her contentment was clearly seen as the corners of her lips were stretching to her ears. We have been friends for a long but I had never seen her smile like that with such sparkling eyes. I still remember this incident that happened three years ago as one of the unforgettable moments of my college life. I then got out of bed trying to hear the reason for her weird action. Little did I know that what I was about to hear was going to make me act the same way as well. “The one and only Tiffany Haddish is here,” she yelled looking straight into my eyes as if she was waiting for an immediate response. I froze for a moment upon hearing her and felt as if my heart skipped a beat. I couldn’t trust my ears as I heard the fabulous news, but I instantly got disappointed when I remembered that I couldn’t go back to the city at that time. Exams were around the corner, and so we had to focus on our studies. But still, mirth and joy-filled our hearts and minds for having Tiffany here.

Once again, our joy reached a climax when we saw Tiffany Haddish standing out at the 90th Academy Award, walking on the Red Carpet in her immaculate traditional Eritrean dress. She then told the press what her father told her. “He said one day I would end up here and if I ever ended up at the Oscar’s I should honor my people; so I’m honoring my fellow Eritreans,” she said. In front of the cameras, she kept shaking her shoulders in the manner of traditional Eritrean dance to express her pride in the Eritrean culture and identity. Recently, the African-American queen, Tiffany, won a Grammy for the best comedy album. The 63rd annual Grammy award that happened last week thrilled her fans and made her very emotional after finding out while filming her show “kids say the darndest things”. Tiffany broke down in tears and told the kids who were filming with her, “Can I tell you why I’m crying?” ‘It’s a lot of bumpy roads that you cross. It’s a lot of times you feel like, Am I doing the right thing? Is it good enough? Am I good enough? And you just have to believe in yourself as much as you can, and against all odds, you say, ‘you know what, I am just going to put my best foot forward and I’m going to give the world the best that I’ve got.’ Anything is possible.” Tiffany Haddish’s reaction to her historic Grammy win is said to be one of 2021’s most empowering TV moments. 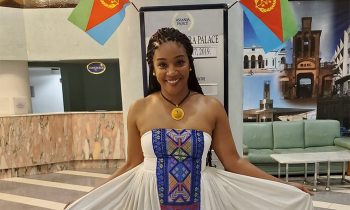 Just like the late magnificent African-American rapper Ermias Asghedom, who is known by his famous stage name Nipsey Hussle, there are many stars to represent the Eastern African country of Eritrea. Tiffany Haddish is a star in the entertainment industry who had put the world in awe. From her appearance as a standup comedian to an actress, her name has conquered the hearts of people as a top Hollywood personality. The actress, comedian, and author, who was born from an Eritrean father, the late Tsihaye Reda Haddish, and an African-American mother, gained fame and position after a long affliction and struggle. Tiffany’s character in “Girl’s Trip” made her famous for her vibrant and energetic acting. She again showed her charms and acting skills in movies like “Night School”, “Nobody’s Fool” and “Like a Boss”. Her book, “The Last Black Unicorn,” also received so much love from her fans all over the globe. Tiffany had also shown great success in TV shows like The Last O.G, Self Made, Tuca, and Bertie.

Her choice of acting as a career started when she was a kid. After she saw the movie “Who Framed Rodger Rabbit” as a kid, the dialogue between a detective and a rabbit left a lasting impression. The detective said to the rabbit, “Why are these people doing nice things for you?” and the rabbit says, “Because I make them laugh, Eddie. If you make people laugh, they do anything for you.” That’s when she made up her mind to make people laugh as she was also goofy and silly as a little girl. She eventually chose a comedy camp and there she learned communication skills, confidence, how to write jokes, when to be funny and not, and many more that helped her grow in it. She then started stand-up comedy, making money through it. Unfortunately, before making it big, she got depressed and ended up in psychiatric therapy. But this did not stop her for long and she got back at her game as seeing people laugh made her happy. From stand-up comedy to starring on TV and movies, she started climbing up the stairs of fame. In her interviews, Tiffany had explained what she learned from her beginning achievements. “No matter how many people are in front of you and no matter what the challenge is, always having confidence and believing in your skills will help you achieve your goals. Fear is the enemy; don’t be afraid especially if you have the skill. Doing something every single day towards your goal helps improve,” she said during her interview. Tiffany Haddish had worked with a lot of bigger Hollywood stars like Queen Latifah and Kevin Hart and had learned a lot from them. They taught her to always have a love for herself first no matter what anybody says about her or no matter how people are trying to make her feel, and doing an even better job when people say mean things to tear her down and destroy her. 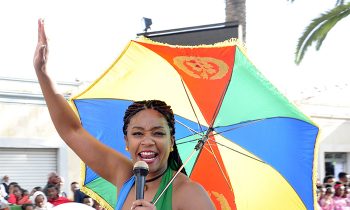 In an interview during her first visit to Eritrea in January 2018, Tiffany proudly expressed how happy she was for her father as well as herself to have been born as Eritreans. Tiffany’s first visit was an emotional homecoming to bury her father and pay her respects for his soul to rest in peace and meet and connect with her people and land. During her second visit, in May 2019, she celebrated the 28th of Eritrea’s Independence anniversary and was granted Eritrean citizenship. She expressed her gratitude for how signing the papers and getting validation meant the world to her. “Now I got my citizenship and I can come and see my family when I want to see my family,” she said jokingly.

Tiffany’s visit made her connect with her people on a deeper level. During her visit to Eritrea, Tiffany went to the Red Sea, the Green Island, and Dahlak Island which she described as a soul healing experience. She appreciated the ride to Massawa and all the small villages on the way. She’s also been to historical places such as the very first mosque to have been ever built in Africa, the museum, and churches. While driving through the city of Asmara, Tiffany Haddish was amazed by the people’s peaceful walks and imperturbable life. The food was also an exciting thing for her. “In America, I eat the food and feel heavy, fat, and tired, but here I get full but still energetic and healthy.” Well, that’s the power of Enjera! “The cows here look completely different from the cows in America. I don’t want to eat beef in America anymore. That’s how a real cow is supposed to look like,” she said out of amusement.

Tiffany Haddish said, “One of my goals is to come here, make some movies and take the opportunity to give them good lines of movies and really get it out in the world.” She has the Eritrean spirit in her blood since she’s so down to earth like the Eritrean people. We are always rooting for her and wishing her greater success and a bright future ahead.

Racial Discrimination: An insight into Eritrea’s Past