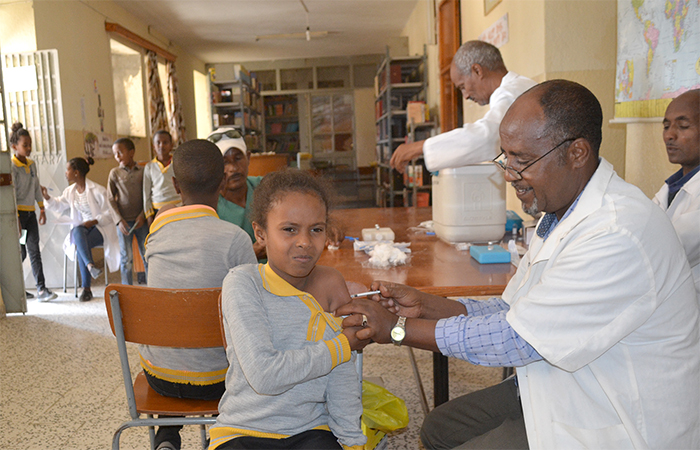 In January 2015, the United Nations General Assembly began the negotiation process to establish the post-2015 global development agenda. Later on that year, at the UN’s Sustainable Development Summit in September 2015, the process would finally culminate with the adoption of the 2030 Agenda for Sustainable Development. The core of the new framework, known as the Sustainable Development Goals (SDGs), comprises 17 goals with a total of 169 targets. Truly global, particularly in that they apply to all countries (low-, middle-, and high-income), the SDGs cover a wide range of development-related objectives, such as education, health, gender equality, poverty, and the environment, to be achieved by 2030. Each of the goals is significant in itself; at the same time, the goals are integrated and closely intertwined with one another.

One of the goals which has often received considerable attention is Goal 3, which aims to ensure healthy lives and promote well-being for all at all ages. Among the different targets for Goal 3 is improving child mortality. Specifically, the proposed target is to end, by 2030, preventable deaths of children under five years of age, with all countries aiming to reduce under-five mortality to at least as low as 25 deaths per 1,000 live births. (Recall that the child or under-five mortality rate is the probability of dying between birth and five years of age, expressed per 1,000 live births.)

While there has been significant global progress in reducing child mortality in recent years, urgent action is still required in order to reach the SDG target on child mortality by 2030. Of 195 countries, 122 have already met the SDG target on under-five mortality, while another 20 countries are expected to meet the target by 2030 if recent trends continue. That means that there are still 53 countries – the vast majority of which are located in sub-Saharan Africa – that must significantly accelerate progress in order to meet the SDG target on under-five mortality by 2030. Today, Africa as a region still accounts for more than half of all under-five deaths (approximately 53 percent) in the world, and the regional child mortality rate puts it about 20 years behind the global average. 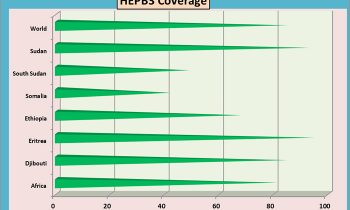 During the past three decades, Eritrea’s child mortality rate has steadily improved. It decreased from about 153 in 1990, just prior to independence, to about 85 in the year 2000, and then 40 in 2019 (the most recent year for which data are available). For consideration, at independence, Eritrea’s child mortality rate was considerably higher than the global average and among the highest on the continent. Currently, however, Eritrea is one of the countries that is on track to meet the SDG on child mortality. In fact, should recent trends continue, it will achieve the target prior to the 2030 target date.

While the country’s success is the result of a combination of various factors, one of the most important elements has been the effective national vaccination program. Although related, vaccination and immunization are different, with one representing an action and the other being an effect. To be more precise, vaccination involves introducing a vaccine into the body to stimulate the body’s own immune system to protect the person against subsequent infection or disease. Vaccines are usually administered through needle injections, but can also be administered by mouth or sprayed into the nose. On the other hand, immunization is the process by which a person becomes protected – or in other words, immune or resistant – against a disease through vaccination. In Eritrea, children receive an array of vaccines that help to provide protection and ensure health. Due to space constraints, the following paragraphs provide only a brief overview of some of the vaccines administered. Overall, Eritrea’s vaccination coverage rates are not only the highest in the region, they also compare favorably with continental and global averages. 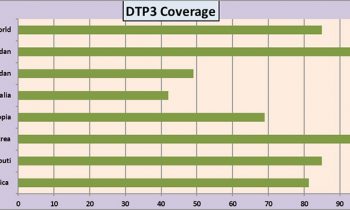 Shortly after birth, infants in Eritrea receive the Bacille Calmette-Guérin (BCG) vaccine. BCG is currently one of the most widely used vaccines in the world and is on the World Health Organization’s List of Essential Medicines. Developed during the early 1900s by French bacteriologists Albert Calmette and Camille Guérin, BCG helps to protect against tuberculosis. Eritrea’s BCG coverage is 97%, whereas the average for Africa is 87% and the world is 88%.

Another vaccine administered to young children in Eritrea is the DTP3 vaccine, which is a class of combination vaccines against three infectious diseases in humans: diphtheria, tetanus, and pertussis. Diphtheria, a serious bacterial infection, can impact the respiratory tract, skin, and nervous system, potentially leading to difficulty breathing, heart failure, paralysis, and even death. Tetanus is a serious disease caused by a bacterial toxin that affects the nervous system, leading to painful muscle contractions, particularly of the jaw and neck muscles (hence why it is sometimes also called “lockjaw”). Tetanus can interfere with breathing and threaten life. Finally, pertussis is a highly contagious respiratory disease. Also known as “whooping cough”, pertussis can result in uncontrollable, violent coughing which often makes it extremely difficult to breathe. While pertussis can affect people of all ages, it can be serious, potentially fatal, for young children. 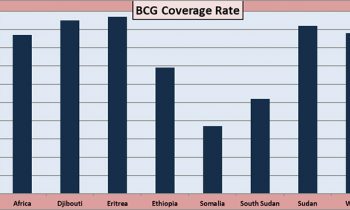 Notably, DTP3 coverage is regarded as a standard measure of the strength of national health systems, mainly because delivery requires three contacts with the health system at appropriate times and also because coverage is usually part of routine national vaccination programs rather than campaigns. Eritrea’s DTP3 coverage is 95%, well ahead of the African and global averages, which are 81% and 85%, respectively.

Poliomyelitis, or polio, is a disabling and life-threatening disease caused by the poliovirus. The virus spreads from person to person and can infect a person’s spinal cord, causing paralysis. Since it lacks a cure, vaccination is particularly important. Young children typically receive polio vaccinations, with a child considered adequately immunized after three doses. Eritrea’s Pol3 coverage is 95%, while the African average is 81% and the world average is 86%.

Finally, Eritrean children also receive the hepatitis B vaccine. The vaccine, among the most studied in the world and which usually creates long-term immunity, is administered as a series of 3 shots (typically shortly after birth, at about 1-2 months of age, and then again at around 6-18 months of age). The hepatitis B virus affects the liver and can cause mild illness with fever, nausea, vomiting, and jaundice that can last up to several weeks. It can also cause a lifelong infection. Eritrea’s coverage for HepB3 is 95%, which surpasses the African average (81%) and the world average (85%). 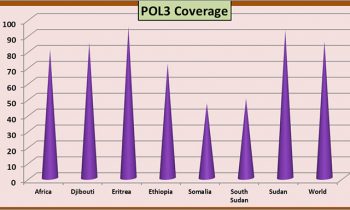 While there is still work to be done in order to achieve the 2030 target for child mortality, Eritrea is on the right track. Moving forward, the country’s national vaccination program will continue to play a key role in protecting children and ensuring their health.