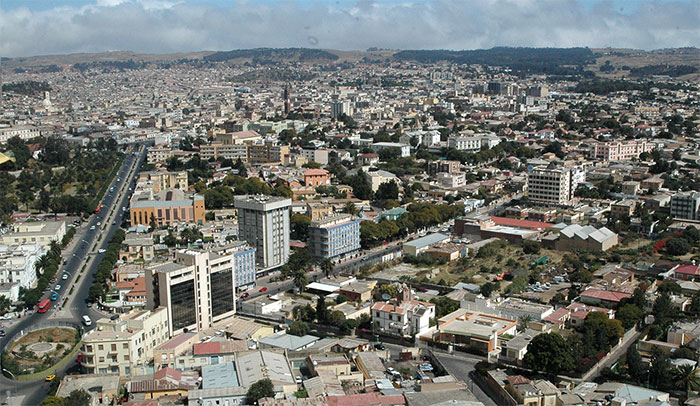 Places have reputations. Or they have reputations imposed on them by outsiders. Bogota, the Colombian capital, is often associated with drug-related killings, as if life in the city revolves around drugs. Such reporting ignores other aspects of people’s lives (economic, social, etc.). In the eyes of reporters, life in Bogota can be summed up in one word, “Crime”. That is the reputation the city has developed, or has been given, or rather has been imposed on it. As a matter of fact, many mainstream media outlets do not report positive developments in Latin American countries. It was crime for many years, and now, it is Covid-19. It is the same with Africa. Take Johannesburg.

Johannesburg is presented as the epicentre of criminal activity in South Africa. It is true that crime affects the economic activities of a country, and may even touch the lives of its people. However, it doesn’t mean that it paralyzes the lives of every individual in the country and should be reported ad nauseam. Or to the exclusion of other important issues. A majority of the population lives normal and peaceful lives despite the few and scattered criminal incidents reported in the media. However, according to the definition of news framed by these outlets, these unreported developments are not newsworthy.

I am not against the reporting of unique events that occur in a country. They should be reported as long as the coverage of such events is in the interests of the country. As long as such reporting does not overly focus on a particular negative event that presents a country in a bad and damaging light, it should be encouraged, especially if it helps the country to improve people’s lives or help it to draw the attention of its audience to its potential.

Asmara is an example of the places linked to a single reputation – although not in a negative light. The city is portrayed as the Art Deco capital of the world. People are shown the uniqueness of its buildings, and encouraged to visit it, and enjoy the concentration of unusually high numbers of these buildings in a small area, uncommon in any other place, something the city should be proud of.

Asmara’s unique buildings are part of our history, and our heritage, and we should make sure that they are passed on to the next generation intact. From titles about Asmara such as ‘Asmara: Africa’s Secret Modernist City’ and others, and from writings limited to the discussion about these buildings, readers sometimes get the wrong impression that Asmara and Eritrea are only about Italian-designed buildings and old railway lines. While it is true that our history has influenced our present and may influence our future, we are not frozen in the past. Our life is not limited to buildings and railway carriages. Though our buildings are important, the city also has other beauties waiting to be discovered.

A good knowledge of the city and its inhabitants testifies to this fact. As one gazes from Forto, the hill on which the Ministry of Information is located, to the eastern and north-eastern parts of Asmara, Akria, Geza Banda Habesha, Via Jeddah, and Geza Banda Talian, in the distance one notices minarets rising above crowded houses. One also recognizes the Enda Mariam Church. Less than two hundred metres away is the Khulafa al- Rashideen Mosque in Central Asmara. The Evangelical Church of Eritrea, and its headquarters, are across the street from Enda Mariam, a few metres away. Asmara’s Catholic Cathedral is within a walking distance from the Khulafa al-Rashideen Mosque.

In places such as Akria, Geza Banda, Edaga Hamus, and other parts of Asmara, Muslims and Christians live side by side and often in the same compound. They go to the same schools and work in the same offices. Muslims have Christian friends and vice-versa. In these areas, few families own a compound that they do not share with other families. On the contrary, many share water taps, toilets, and the common compound space, and live in peace with their neighbours. They share their happy and sad moments, celebrating and grieving together. 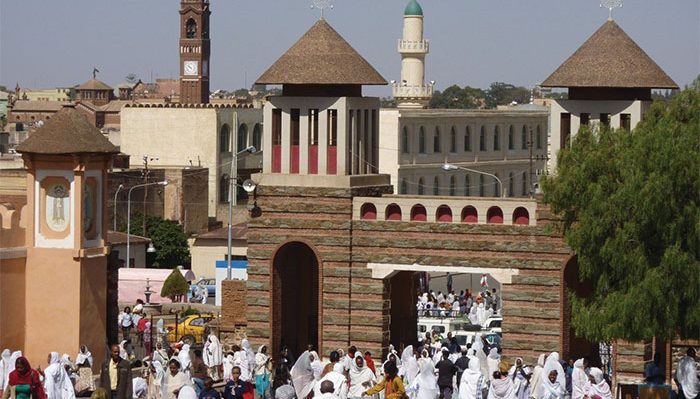 Eritrean Christians and Muslims have learned to stand together and stand up to their enemies. This dates back to when the colonizers tried to divide them and set them against one another. During the struggle for Eritrea’s independence, Eritreans learned that their interest lay in their unity. They fought the enemies that tried to undermine their unity and subdue them. The struggle brought them closer as they shared the sacrifice they had to make for the independence of the country. It was impossible for them to see their comrades through the lenses of religion. They were more than that: comrades ready to die for their fellow citizens. Nothing could convince them that their comrades didn’t have their well-being at heart, as they observed it daily.

As one moves south, one notices that the types of houses change, as villas replace the simple rectangular shaped one-story dwellings. Taller buildings, which house government offices, and commercial buildings, occupy much of the area south of Harnet Avenue. In the district between Harnet Avenue and Jelhanti and Sawa Streets (in the south), the private houses (home to single families) have green spaces, unlike the houses in the north and east. As one walks through this district, one doesn’t see children playing outside in the streets, as is common in the districts north of Harnet Avenue (except in the market area of Shuq) and south of the Jelhanti and Sawa Streets. The district is a lot quieter than other districts in the city. One sees first-hand the way city districts are built affects the way its residents live. However, despite its apparent lack of warmth and individualistic way of life, the population enjoys religious and social cohesion as much as the other residents of the city.

A majority of the population (living in the northern and southern parts) has a similar socio-economic status. A large proportion of the residents are government employees, some petty merchants, and others self-employed, running small shops and engaged in small privately-owned businesses. In short, the income of these people is in the same range, and one doesn’t see a big gap between the incomes of these people. In my view, this is one of the sources of the harmony Asmarinos enjoy.
One of the things people immediately notice when they land in Asmara is the weather.

They find it to be mild and a very pleasant. Once they set foot on its streets, they also notice that it is clean, another reputation the city has earned over a long period of time. Once they stay for some time, they observe the tranquillity and safety of the city, another reputation for which the city is known, but people have not cared much to write about.