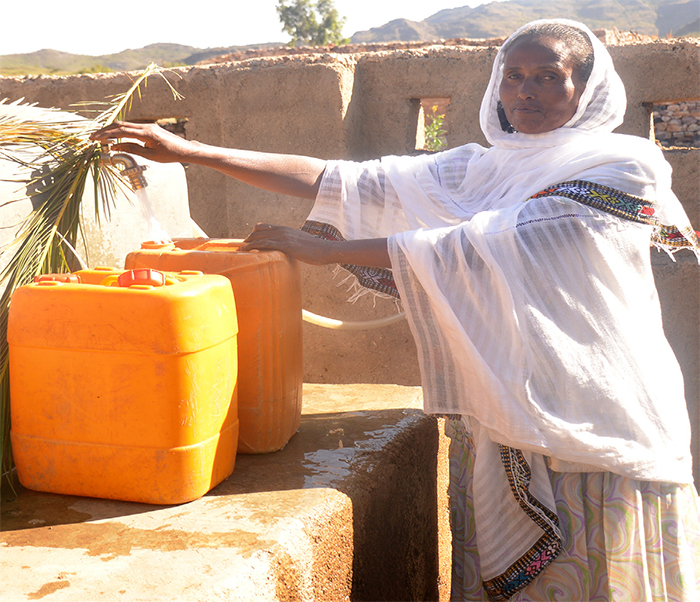 People who live in cities with access to running water twenty-four seven or in villages surrounded by perennial rivers can perhaps take water for granted. But not many of us can afford to do that. That is probably why World Water Day was observed on March 22 under the theme “valuing water”.

World Water Day is observed to raise people’s awareness of the global water crisis and to support the achievement of the Sustainable Development Goal (SDG) 6, which aims to secure water and sanitation for all by 2030.

Located in the Horn of Africa, Eritrea is virtually bisected by a branch of the East African Rift. It has fertile lands to the west, descending to the desert in the east. As more than 60% of the population live on agriculture, their extreme dependence on water for their livelihood is obvious.

Like other countries in our region, Eritrea has been subjected to droughts that occur at certain extended intervals  – the last one being in 2015. Severe lack of rainfall has often led to drought, forcing people, especially in villages, to travel long distances to fetch water.

In view of the ecological vulnerability of the country, and having understood the pitfalls of depending entirely on the rainy season – the main rains are confined to three months from June to August although they are supplemenetd by the short rains (March-April) in the Highlands and Bahri rains in the Escaprment (Ocotber-February) –  the Government of Eritrea has since independence been taking initiatives to conserve water and raise people’s awareness about its importance. Dams are built at different locations to ensure sustainable water supply throughout the country, and measures such as hillside terracing and reforestation are taken to prevent soil erosion,

Farmers are given assistance to be able to practice farming in a way that utilizes water judiciously. For example, through a micro-credit and saving scheme, they are able to buy equipment to set up an irrigation system that allows them to use water sensibly and modernize their farming methods. They are also given drought-resistant seeds and early maturing crops like millet and sorghum so that they can grow a lot without using so much water.

The government of Eritrea and the people are working to save every single drop of water during the rainy seasons and keep dams full to ensure food security, increase access to potable water, combat droughts in the future, and secure children’s and livestock’s health.