Desert Locust Situation During March 2021 And Forecast for April 2021 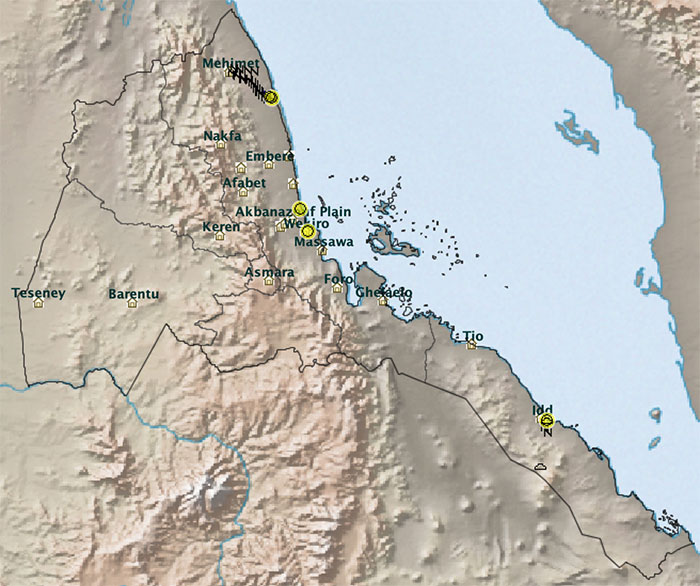 Desert locust survey and control operation was conducted on the Red Sea Coastal areas of Eritrea. Low-density adults and Hopper groups were detected on the surveyed areas of the Red Sea coast. The vegetation status and soil moisture was mostly dry throughout the Coast. The winter season has almost over and no locust breeding is expected. Maintaining regular surveys and follow-up is essential if unusual rainfalls.

Desert locust survey and control interventions conducted on the Northern and Southern Red Sea Coast on March 21. Control was carried out against 1st, 3rd, 4th and 5th gregarious hopper groups around Mehimet on the Northern Coast, near Hasmet and Wekiro on the Central Coast, and on the Southern Red Sea region near Iddi on the Central Denkalya sub-region up to mid of the month and the situation declined later. Mature low-density adults and scattered hoppers were also detected in the mentioned areas. Ground Control teams treated 100 ha infested area successfully. Now the situation declined because of control operation and dry ecological condition. 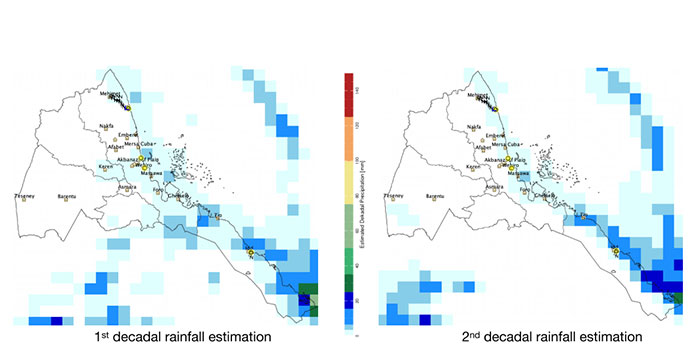 The situation will continue to decline as the ecological condition dries out and there is no rainfall forecast on the breeding areas.

Partial flight to resume from and to Asmara