“I believe that I have inherited art from my father.” Tedalo 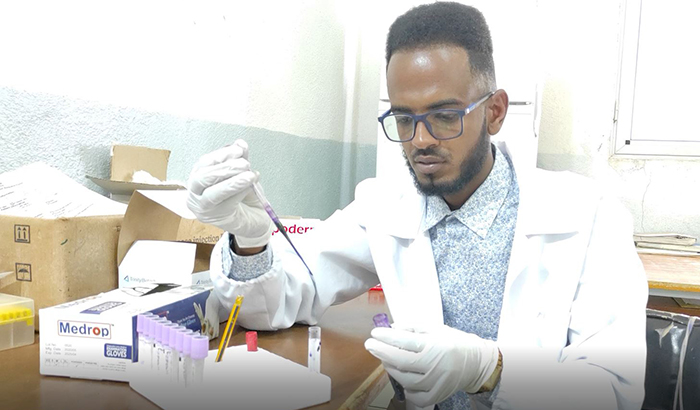 Born in 1995 in Kesela, Sudan, Tedalo Yohannes, son of the famous actor Yohanes Mehari (known as Baba John)  came to Eritrea with his family in 2000. He had all his schooling, from elementary to high school, in Gindae town. As a member of the 25th round, he spent one year in Sawa and scored 3.8 in the national end-of-high-school examination. He then joined Asmara College of Health Sciences, where he got a bachelor’s degree as a laboratory technician. His name has been shining among young Eritrean Music fans.

When I was in 6th grade I was trying to write the lyrics of a song and come up with an accompanying melody. Thereafter I gradually started to become familiar with the world of music. Actually, I didn’t take any formal classes, but in college, I used to enrich my knowledge by googling how to write lyrics, make melodies and refine them. 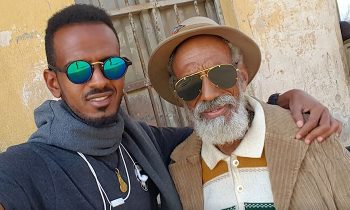 It was very crucial. From the very beginning our parents told us that we should focus on our schoolwork. My father’s motivations, in particular, were a backbone for my education.

Although he didn’t send me to a formal art school, he encouraged me to do it in parallel with my education; he didn’t want me to be confined to schoolwork. Also, I believe that I have inherited art from my father.

Of course, I work full-time at Dekemhare Military Hospital as a laboratory technician, and I give it much more attention than I do to art as it deals with health care. In my spare time I write my songs but have to come to Asmara to record my works in the studio and have discussions with my collaborators. In Asmara I invest all my time on my artistic works.

Being a songwriter and a singer in your spare time isn’t easy. You need to meet many requirements. You have to love the profession and be committed. I work with “9E,” a team with a crew of music producers. I usually have a serious rehearsal, and all members of the crew memorize the lyrics of the songs. Then we have time to refine the work before the music is composed. Thereafter I meet the video production team, the “Pro Pictures” who produce my clips.

First, it was only instrumental music, and I really loved it when they let me hear it. The style was unusual; it seems to be a Tigrigna beat but a bit different. Then I wrote the lyrics. When I thought about my audience I realized it would be better if I did it for the youth.

As I said I have collaborators in both my music and clip productions, and we all discuss how to make them better. Everything we do is the result of our agreements. It was the Pro Pictures idea that I shouldn’t be visible in the video clip to heighten the audience’s curiosity who were not yet familiar with Tedalo Yohannes.

I have a soundtrack in the film called “Bifqri Qtelni,” which was directed by Michael Eyasu. I always do my work in Dekemhare and bring it along when I come to Asmara. In this case, when the filmmakers told me to do the soundtrack, I came up with three options and they liked the first one. I was pleased because the work didn’t require a lot of efforts but was received very well by the audience.

There are several finished works of mine, which are going to be released soon, and the rest will follow as needed.

Value Chain Development of Citrus and Banana in Eritrea