Value Chain Development of Citrus and Banana in Eritrea 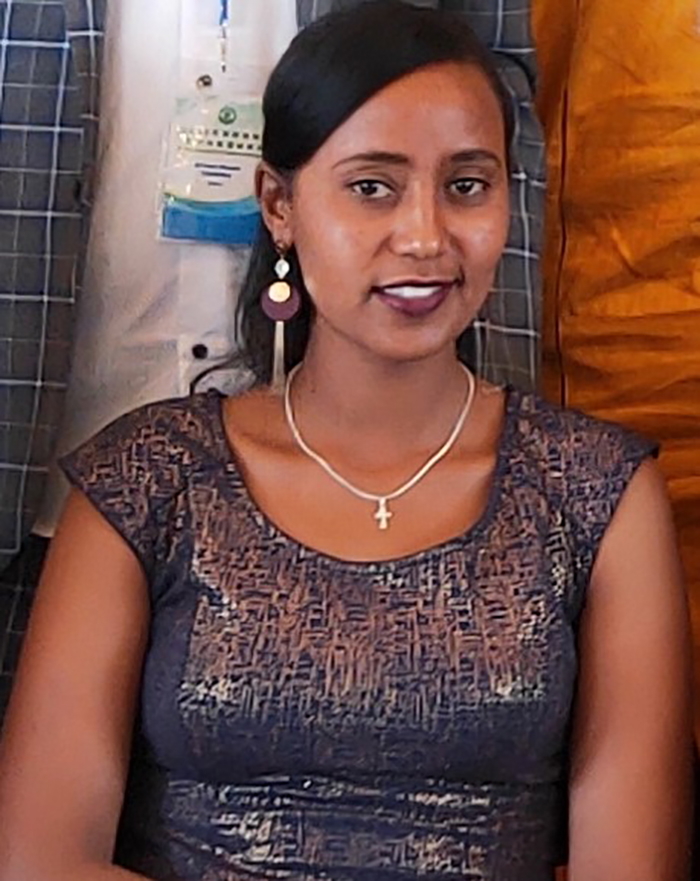 The banana plantation was introduced to Eritrea by the Italians in the early 20th century around Fil-Fil and Keren. In 1926, in the Durfo valley near Asmara, a farmer started a small plantation using Bizen and Gross Michel varieties. Then another variety, Dwarf Cavendish, was imported from Somalia. The two former varieties had to be replaced by the new variety because they were susceptible to damage by wind due to their large size. Banana cultivation had to be abandoned in Durfo Valley in 1935 due to the serious shortage of water caused by the diversion of the most important source of water by Durfo Hydroelectric Company. Banana plantations were extended to other parts of the country using the newly imported variety from Somalia in the early 1940s.

Different sources indicate that the Dwarf Cavendish variety of banana was introduced to the Barka area, in Engerne, by an Italian farmer named Jacomo Dipenti in 1913. Banana can grow in all parts of Eritrea’s lowlands. Major banana-growing areas in the country are located along the river basins of Anseba, Barka, and Mereb-Gash. 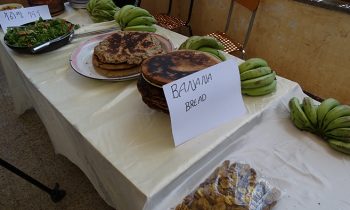 In the 1940s through the 1960s, the banana was exported from Eritrea to neighboring countries, Europe, and Middle Eastern countries like Saudi Arabia and Yemen. After Eritrea’s independence, in an effort to create conditions for the rehabilitation and expansion of banana plantations, the tall mutant of dwarf Cavendish varieties, Williams and Grand Naine, were introduced. 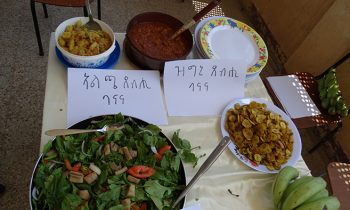 There are no serious threats of disease and pests to the banana plantations in Eritrea. As a result, no chemical is applied on the banana farms, giving the bananas the potential to be certified as organic.

One of the main concerns of the modern world is “enough and nutritious food for all’’. Despite the remarkable progress made in increasing food production at the global level, approximately half of the population in the third world does not have access to adequate food supplies. The problem is crucial to consumers in developing countries who spend more than 80% of their income on food. Food supply is limited to seasonal production, which is often susceptible to climatic changes, and there is a lack of processing and storage facilities. As a result, a great number of food wastes during the postharvest and marketing period. 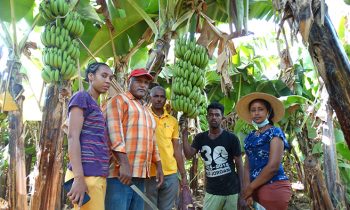 A project of value addition to banana is being carried out in the subzones of Agordat, Dighe, and Tesseney, areas in the Gash Barka region where banana cultivation is widely practiced. The main objective of the project is to give training of trainers to the farmers in these areas, who are very well experienced in banana farming. The training includes adding value to bananas by making them into flour, different types of sauces, chips, salads, and bread. It demonstrates to the trainees that bananas are not only eaten fresh and peeled as they are but can also be used in a variety of ways.

The training on value addition includes both theory and practical sessions and covers techniques for high-level value addition on banana production and practical teaching. The MoA is importing different equipment useful to process the raw banana. So far, 90 farmers, 50 of whom are women, have been trained. These include farmers, sub-zonal staff of the MoA, sub-zone administration staff, and members of the National Union of Eritrean Women (NUEW), National Union of Eritrean Youth and Students (NUEYS), and PFDJ.

Mrs. Lidia Teclemichael, the National Coordinator of the project, said that the project would make it possible to turn the 40% post-harvest loss into profit. It will also enable the communities to use different varieties of recipes from bananas.  Also, different value-adding technologies, equipment, and practices for bananas on family and value chain levels have been implemented. Fruit sector strategy for value-adding chain and markets development will be drafted by the MoA, which is expected to boost investment in the sector.= 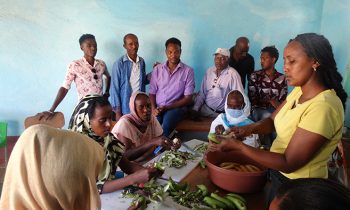 Although the Government aims to increase production and productivity at an individual farmer level, the overall performance of the existing value and supply chains is posing challenges to post-harvest operations and marketing. This results in huge banana losses and diminished profits for farmers. Opportunities to upgrade the banana value-adding chain exist in terms of functional upgrading (by repositioning farmers to function at a higher level in the value-adding chain) and product upgrading by introducing new value-added products of better quality that have good prices.

The project aims at addressing systemic constraints that hinder the increase in production and productivity, marketing, and diversification. Key national stakeholders of this project include banana farmers, NUEW, NUEYS, MoA, Ministry of Education, Ministry of Labour and Human Welfare, and Ministry of Trade and Industry.

“I believe that I have inherited art from my father.” Tedalo