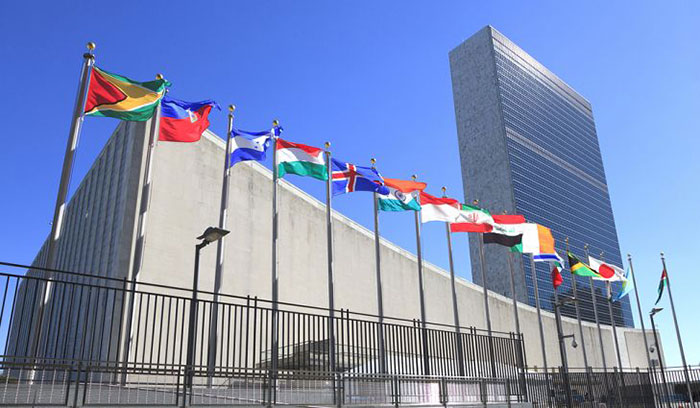 I have the honour to strongly register my government’s dismay by the unwarranted statements made by the US Permanent Representative to the UN during the closed UNSC Session yesterday. In this respect, OCHA’s pliant and unconstructive role, and especially its persistent position to venture into areas beyond its mandate, is unfortunate and unacceptable

To begin with, let us get the facts straight. The crisis in the Tigray Region of Ethiopia erupted solely because the TPLF clique – supported and emboldened for decades by certain powers – unleashed a massive, pre-emptive attack on all the contingents of the entire Ethiopian Northern Command. The purpose of this “blitzkrieg” was to neutralize Ethiopia’s largest army contingent, confiscate its weaponry (80% of the total arsenal of the DF) and seize power in Ethiopia through violence and subsequently invade Eritrea. The TPLF Central Committee endorsed this unprecedented act of insurrection and grave regional destabilization in its meeting earlier in the month.

The TPLF’s unprovoked attack also took place during the critical harvest months in the Tigray Region. The timing of the TPLF’s attack demonstrates its callousness particularly in the context of the fact that 1.6 million poor farmers in Tigray have depended – since 2009 – on humanitarian assistance under the Global Safety Net.

In the statements from OCHA and the US Ambassador to the UN, these facts are glossed over. Instead, we heard false allegations of the “the use of sexual violence and hunger as a weapon”. We are indeed appalled by attempts to blame those who were forced to resort to legitimate measures of self –defense that other countries would have done under similar circumstances. The allegations of rape and other crimes lodged against Eritrean soldiers is not just outrageous, but also a vicious attack on the culture and history of our people.

Irrespective of the culpability of the defunct TPLF clique, innocent civilians in Tigray Region should not be victimized in any way. Humanitarian assistance has to be delivered. These are the urgent tasks of the moment.

Furthermore, as the looming grave threat has been largely thwarted, Eritrea and Ethiopia have agreed – at the highest levels – to embark on the withdrawal of Eritrean forces and the simultaneous redeployment of Ethiopian contingents along the international boundary. Eritrea avails of this occasion to thank UNSC member States who have insisted on adherence to established norms in this case too.

Please accept Excellency, the assurances of my highest consideration and I would be most grateful if the letter could be circulated among all members of the United Security Council.