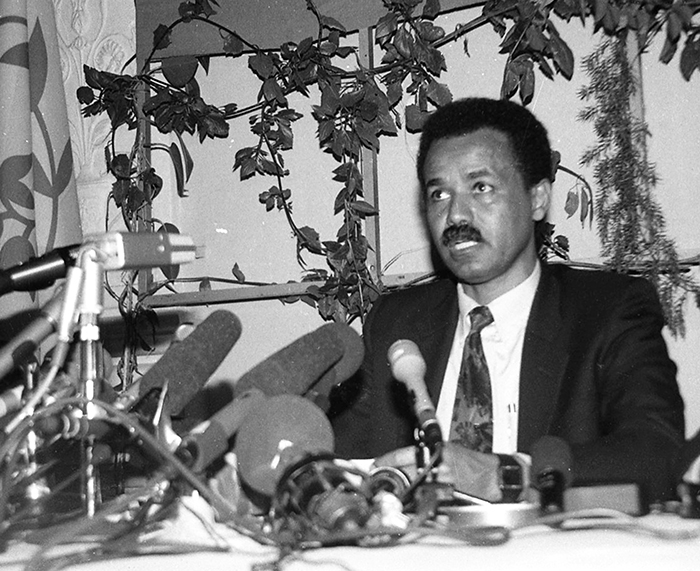 This week marks the 28th anniversary of Eritrea’s referendum for independence, for which Eritreans had to fight for decades. During the time of decolonization, while most of the former colonies were gaining their independence, the Eritrean people were denied their right to self-determination.

When the UN General Assembly was deliberating in the 1940s to determine the fate of the former Italian colonies, Ethiopia was conspiring and actively lobbying to annex Eritrea. Ethiopia saw the period of decolonization as an ideal opportunity to get access to the sea by annexing Eritrea. In 1949, unable to agree on Eritrea, the UN decided to send a commission of inquiry into Eritrea to explore the situation. The mission of inquiry found out that the majority of the Eritrean people favored independence.

However, the world powers, especially the USA, took a stand in favor of Ethiopia’s claim. As a result, Eritrea was federated with Ethiopia by a US-proposed draft plan. The federal resolution was made against the wishes of the Eritrean people and solely to serve Ethiopian and American interests. This was clearly stated in a speech by the then Secretary of State of the USA. He said, “From the point of view of justice, the Eritrean people’s choice must be given consideration. Nevertheless, our strategic interests in the region and world peace make it necessary that Eritrea be federated with our ally Ethiopia”. Subsequently, the Ethiopian imperial regime violated the federal arrangement and annexed Eritrea. 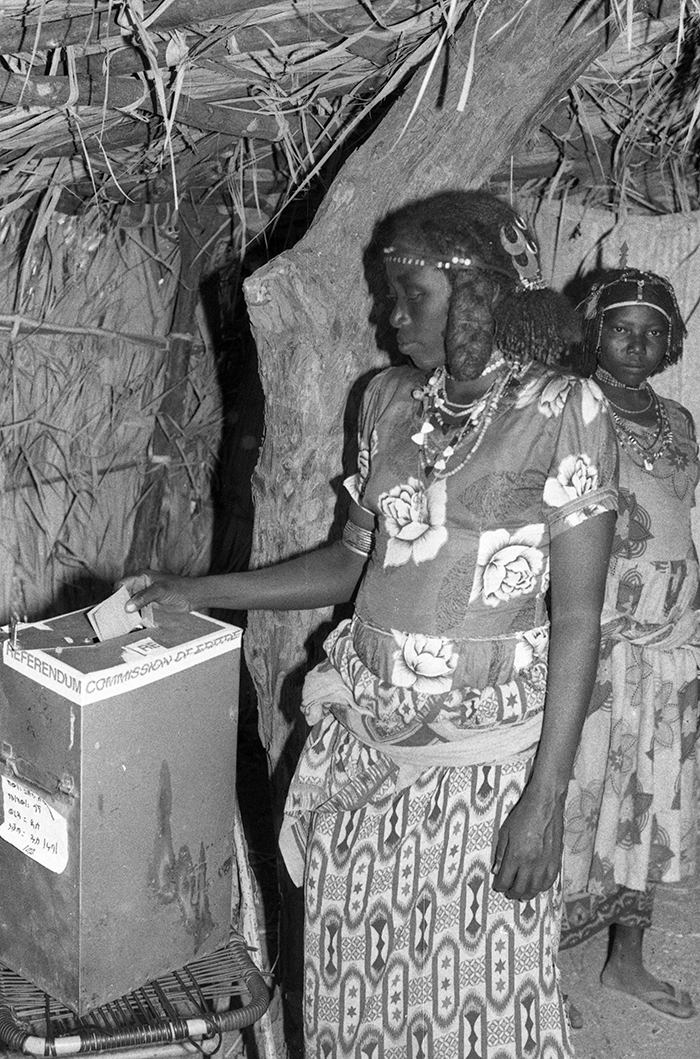 The Eritrean people were compelled to take up arms to regain their denied rights. After 30-year of armed struggle and the loss of thousands of lives, awful damage to the natural and physical property, depopulation, and miserable migration, the struggle against Ethiopian domination ended with Eritrean military, political and legal victory. This was concluded with the ultimate liberation of the country in 1991 when Eritrea became a de facto sovereign state.

When Eritrea was fully liberated in May 1991, the EPLF leadership did not rush to declare independence immediately and did not consider their mission was accomplished. Instead, they formed a Provisional Government and declared their intentions to hold a referendum within two years. To that end, they started preparations to ascertain through the people’s voice what they had achieved with their blood. This was meant to legalize and legitimize Eritrea’s independence and statehood.

The referendum was held from 23 to 25 April 1993 in a very festive atmosphere. Voter turnout was 98.5 percent and from 1.1 million eligible registered voters 99.8 percent voted yes to the question: Do you want Eritrea to be a free, independent country? The people’s choice was very clear to every Eritrean.

Through the referendum, the long-anticipated mission of the liberation struggle reached its goal. The organization of the referendum represented an enormous task. This was undertaken by an independent Referendum Commission. After the identification of Eritrean citizens eligible to participate in the referendum, the Referendum Commission began registering voters in all parts of the country, including the remote areas. The registration process involved extensive work not only in the urban and rural areas of Eritrea but also in all other countries where Eritreans lived.

The referendum holds a special place in the memory of the Eritrean people. The then Director of Grassroots International, Tim Wise’s account reflects the mood of the people at that time. He said, “From the first day of polling, there was a buzz of activity. Men and women lined the streets surrounding the polling station. Over the course of the day, voters patiently withstood the withering desert sun to cast their ballots. After voting, many could contain their elation no longer. Women cried and embraced the ballot box. Some ululated in the traditional celebratory manner. All smiled widely.”

It was a time when even the sick and aged insisted on giving their voice. As one observer’s account shows “a 60-year-old man walks all night from his remote mountain village, then stands ten hours in a blazing desert sun to cast the first secret ballot of his life. An old woman kisses the ballot box after delivering her vote; tears of joy stream down her face. ‘Now I can sleep in peace,’ she says. A woman in labor insists on being taken to the polls; she delivers her newborn in the field outside the polling station.”

Many observers said that they wouldn’t have believed such a result had they not witnessed it with their own eyes. And others expressed their admiration for such a meticulous done process. Tim Wise said, “It may have been the most elaborate process in history ever carried out to achieve a foregone conclusion. The independent Referendum Commission of Eritrea could easily have gone through the motions of a democratic process. Instead, they made the referendum a national rite of passage, a sacred right for each Eritrean voter to tell the world — peacefully and democratically — their answer to the question no one asked for forty years.”

On 27th April, two days after the ballots had been cast and tallied, President Isaias Afwerki, then General-Secretary of the Provisional Government of Eritrea, said: “This process is a sacrosanct and delightful historical conclusion to the choice of the Eritrean people. Although it has been decided that formal independence will be declared on 24th May 1993, Eritrea is an independent and sovereign state as of today.” On 28th May 1993 the Eritrean flag was raised at the UN headquarters and Eritrea officially became the 182nd member of the UN family of nations.