Public seminar by nationals in Frankfurt 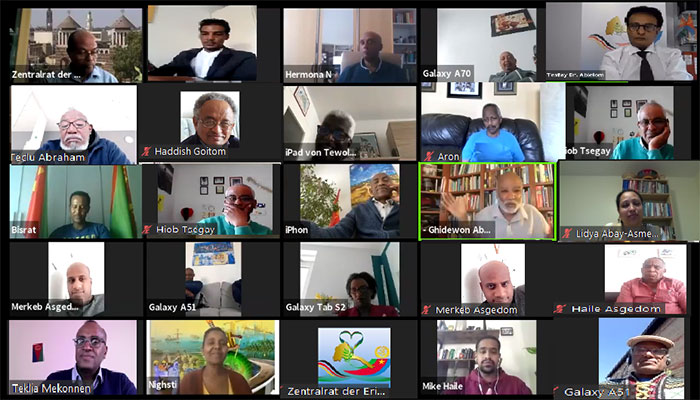 At the seminar Dr. Ghideon Abay Asmerom from the US gave extensive briefing on the conspiracies perpetrated at various stages to avert the Eritrean people’s struggle for independence and that have been foiled by the conscious and strong resilience of the Eritrean people.

Indicating that the secret of victory of the Eritrean people is its strong unity, Dr. Ghideon called for strengthening organizational capacity, unity and resilience in the effort to build strong country.

Mr. Tesfai Ablelom, Chairman of the National Committee, on his part gave briefing on the significant contribution that the national committee is exerting in organizing and uniting Eritrean nationals and strengthening their attachment with their homeland.

Mr. Kahsai Tewolde, head of Public and Community Affairs at the Eritrean Embassy in Germany, also gave extensive briefing on the objective situation in the homeland and the region and on the importance of strengthening organizational capacity and resilience.

The Horn of Africa: Challenges and Opportunities