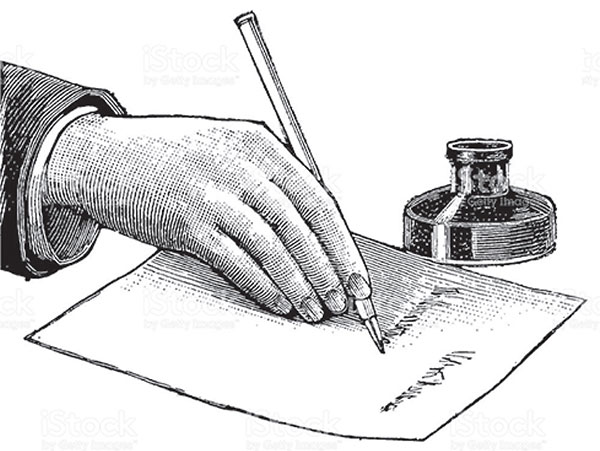 Since the Tigray People’s Liberation Front (TPLF) launched its massive military attack on Ethiopian federal forces in early November last year, leading to widespread violence, conflict, and the unfolding of significant humanitarian challenges, there has been a relentless barrage and spread of disinformation.

The latest preposterous claims in the long series of fabrications came several days ago from the AFP which, on the basis of anonymous and dubious sources, claimed that Eritrean soldiers were “blocking and looting food aid” in the Tigray Region of Ethiopia. Anyone with a minimal understanding or knowledge about Eritrea and the region’s general history, not to mention a basic grasp of logic, would know that these allegations are absolutely preposterous and devoid of truth.

For one, Eritrea has a long, proud, principled record on humanitarian assistance and toward civilians or prisoners in battle. For instance, from its outset and through the duration of the long independence struggle, the Eritrean People’s Liberation Front (EPLF) delineated battle lines in unequivocal political terms and went to extensive lengths to stress – in all its statements, publications, radio programmes, and seminars – that its fight was against occupation and not the Ethiopian people. Keen as it was to establish enduring ties of friendship and good neighborliness with Ethiopia in the post-independence period, the EPLF was also earnestly engaged in cultivating principled, forward-looking, ties of cooperation and solidarity with Ethiopian opposition movements.

What is more, when the EPLF captured tens of thousands of Ethiopian prisoners of war (POW) in the many massive battles that raged during the 30-year struggle for independence, it consistently treated all of them humanely, irrespective of their rank and other particular distinctions. Not only were the Ethiopian POWs, many of whom committed grave atrocities against Eritrean fighters and civilians, provided with access to education, healthcare, and sport, during the height of famines and droughts of biblical proportions that unfolded in the 1980s, the EPLF even provided them with greater rations of food – nearly double the calories – than its own fighters. In the words of one international journalist who visited the field, the EPLF’s treatment of POWs was “exemplary”. Although the EPLF was not a formal signatory of t h e Geneva Conventions on humanitarian rules of war, it adhered strictly – out of its own conviction and principle rather than due to contractual obligations – to all the provisions of the Convention.

This principled, proud record of engagement, humanitarian principles, and support was maintained in Eritrea’s post-independence period. During the height of the vicious border war with TPLF-led Ethiopia, in 1999, Eritrea gave its unconditional permission and consent for the delivery of emergency food aid to Ethiopia in order to help alleviate a severe humanitarian crisis. Several years later, in late 2002, with millions of Ethiopians suffering in famine or near-famine conditions and notwithstanding the lingering tense, hostile relations between the countries, Eritrea again offered the use of its Red Sea ports for delivery of international humanitarian relief to Ethiopia. As was explained at the time by government officials, Eritrea is “conscious of its humanitarian obligations in the midst of a humanitarian crisis of huge proportions.” Quite tellingly, on both occasions the TPLF rejected the humanitarian initiatives and genuine gestures of good will outright, despite the fact that they would have supported millions of poor, hungry Ethiopians. (It is also worth noting that by rejecting the international-backed relief proposals, the TPLF was able to amass significant financial benefits from the increased THS payments associated with the considerably longer routes that were taken through Djibouti. All the while, millions of its people were forced to endure suffering and hunger.)

Although the recent allegations being peddled threaten to obscure the TPLF’s high culpability in instigating the conflict and scapegoat the Eritrean and Ethiopian governments, the undeniable facts and fundamental truths should be clear for all to see: the party responsible for the violence, humanitarian crisis, and looting and blocking of aid in the Tigray Region of Ethiopia is the TPLF.

Having spent several years rejecting the region’s moves toward peace, solidarity, and cooperation, the TPLF callously and recklessly launched its deadly attack in November – which is the peak harvest season in the Tigray Region and the Horn of Africa as a whole. Recall that prior to the recent events and for the last eleven years since the G-7 Summit in Georgia, approximately 1.6 million poor, impoverished farmers in rural Tigray remained beneficiaries of food assistance under the Global Safety Net.

Furthermore, as all of its war aims were rebuffed and utterly defeated, the TPLF’s remnants retreated, carrying out a scorched-earth policy as they fled. Subsequently, finding themselves in extremely harsh, challenging conditions, TPLF remnants have carrying out sporadic attacks and looting materials and resources in order to try to survive and somehow sustain their campaign of violence.

In the midst its defeat, the TPLF also released thousands of criminals – some estimates put the number at well over 10,000 – from prison, and carried out an array of destructive acts, such as destroying roads, airports, and telecommunications facilities. During the past several months, the group’s remnants have additionally remained busy through organizing terrorist cells and death squads to conduct sabotage and reprisals, block humanitarian assistance, and carry out assassinations. The goal, as explained by many of its officials, members, and affiliates, has been to sow chaos, insecurity, and instability in the region so as create overwhelming problems for Ethiopia’s federal and local authorities and prevent a return to anything resembling peace or normalcy.

However, what is particularly unfortunate and extremely disappointing – although hardly surprising based upon the long historical record – is that large international media outlets, such as the AFP, continue to recycle baseless, specious allegations without minimal scrutiny, confirmation, or validation. Interestingly, after spurious allegations are raised, they are never subjected to follow-up or retraction, clarification, or correction, which in itself is newsworthy and merits serious investigation.

Regrettably, it seems that statements and claims from some in the region, no matter their alignment with reality, are not merely assumed false but are totally dismissed, rejected, and ignored. By stark contrast, only the assertions from remnants of TPLF are to be considered as objective truth and disseminated uncritically.