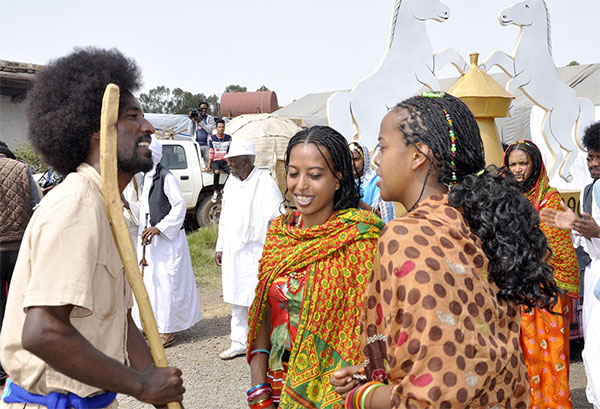 As countries around the world confront the seemingly intractable problems of social disintegration, institutional breakdown, mass alienation and religious and political conflicts, national integration and unity have assumed increasing importance in public debate. Uniting people from diverse cultures is one of the major challenges confronting both developing and developed countries. Throughout history, leaders have adopted policies to foster a national identity that would sustain an “imagined political community” in which citizens remain connected by shared history and values.

Eritrea is a nation of nine ethnic groups, speaking nine different languages. They believe in and practice different religions and have a great variety of life styles. But the nine ethnic groups co-exist peacefully together and respect the culture and religion of one another. With all their diversities they all identify themselves simply as Eritreans. The Eritrean national identity is supreme, way above ethnic and religious identities.

Eritrea’s national unity, which constitutes the main source of its strength, is necessary for the security and development of the nation. The national charter of Eritrea presents national unity as the chief means of nation building. In the sphere of administration, the Government of Eritrea dismantled the old colonial provinces and districts that were designed to serve colonial interests. In place of the provinces the country was divided into six administrative regions, each incorporating many ethnic groups. The secular and nationalist government of Eritrea adopted a policy of nationhood that turns the diverse cultures of Eritrea into a source of beauty, strength and unity.

Eritrea is a great example of unity in diversity, and it is a multi-cultural, multi-ethnic and multi-lingual country. The diverse cultures of Eritrea were channeled to be a source of power and unity. The national system was made secular, separate from religion, yet respectful of the equality of religions. It gives its citizens the freedom to practice any religion of their choice. People that belong to different cultures and religions share a common platform to understand each other’s cultural and religious beliefs, which in turn fosters the feeling of mutual trust and harmony.

For most of its history, Eritrea was ruled by invaders and colonizers that pursued a divide-and-rule strategy to pit one ethnic group against another. History tells us that ethnic and religious conflicts, which were alien to the Eritrean society, were introduced and nurtured by colonizers for their own strategic purposes. In the long course of resistance against invaders, especially during the armed struggle for independence, a common Eritrean national identity was crafted. After independence in 1991, the national unity was supported institutionally to embrace all nationals living inside and outside of the country. Solidarity in Eritrea has become an authentic moral virtue. It is a firm determination to commit oneself to the common good. The renowned Eritrean author and historian, Alemseged Tesfai, has once remarked, “Eritrea is one of very few countries in the world today where the question of national identity was fought out in a bitter war and conclusively settled in favor of the underdog.”

A nation is commonly defined as a country with a unified socio-economic and political structure. According to Benedict Anderson, Nation “is an imagined political community – and imagined as both inherently limited and sovereign.” It denotes a body of people who have a feeling of oneness, built on the basis of common history, culture and values. This feeling of oneness binds the people together in a nation. The national integration and unity of Eritrea has been attained by the awareness of a common identity amongst the citizens of a country. It means that though Eritreans may belong to different ethnic groups and religions and speak different languages, all of them recognize the fact that they are one people. This kind of integration is very important in the building of a strong and prosperous nation. In the thirty-year long armed struggle for independence and the latter two decades of resistance to preserve independence, Eritreans were able to develop a mental outlook that promotes and inspires every person to place loyalty to the country above group loyalties and the welfare of the country above narrow interests.

Solidarity is a unity of feeling or sentiment among a group of people who share a common objective or interest. Building solidarity implies the harmonization of shared interests. The solidarity between women and men, Muslims and Christians, highlanders and lowlanders, Eritreans who live at home and abroad worked miracles during the struggle for independence and its preservation following Eritrea’s independence. The government succeeded in making Eritrea a country of all where Eritreans live in and struggle in equality. The EPLF, the revolutionary movement turned government, has successfully imparted brotherhood and togetherness in the diverse Eritrean society. Eritreans have a very proud legacy of tolerance, respect and helping one another. 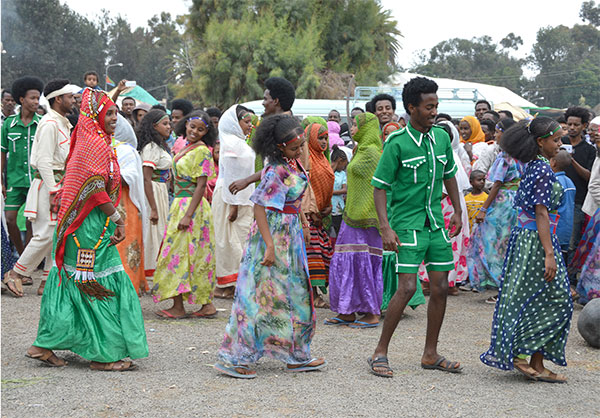 Eritrea, the youngest among African nations, has developed a national culture that rejects all forms of divisiveness and narrow sentiments and is conducive to unity and solidarity. Its unity is rooted in a long tradition of peaceful and harmonious coexistence and was reinforced by the long armed struggle and resistance to preserve independence, making it one of the most unified countries among the community of nations. The unique peace and stability that prevails in Eritrea is the outcome of its unity and solidarity.