The life span of telecommunication facilities does not exceed four years in developed countries while developing countries make use of such facilities for more than ten years for financial reasons. The telecommunications facility in Assab, for instance, served for over 25 years. Similarly the old infrastructure that was prevalent in Barentu, Aqordat, Tesenai, Mendefera and Adi-Keyih often caused poor connectivity and abrupt interruptions particularly in land lines.

The introduction in April 2004 of mobile service was a turning point in the country’s telecommunications services. Experts worked for more than 16 hours a day to launch mobile services within three months.

This development heralded the introduction of mobile service in Asmara, Mendefera, Dekemhare and Massawa.

The year 2013 was also a year of transformation in Eritrea’s telecommunications service. From 2013 to 2016, the Government spent over 650 million Nakfa to substitute old land line facilities in all telecommunication centers with up-to-date equipment in a bid to improve efficiency of services across the country. Internet and mobile technologies were introduced in all parts of the country to enhance the services that had already existed and to expand coverage in areas that needed to catch up with the progress.

All satellite facilities were also renovated and substituted with newer ones in 2014 for the introduction of better services in the country. Mr. Tesfaslase Berhane, Minister of Transport and Communications, said the commitment of telecommunications experts was exceptional in facilitating and expanding mobile centers, the installation of microwaves and expansion of satellite services. 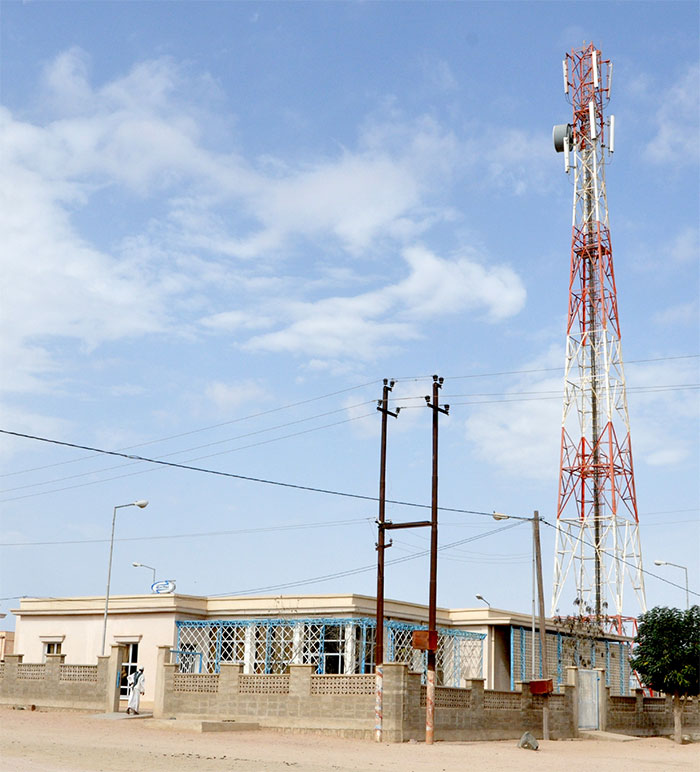 Over 110 telecommunications centers across the country built and equipped with necessary facilities in the last 15 years played an instrumental role in the provision of an easy access to around 87% of Eritrea’s population, with a 90% geographic coverage. “This was again achieved while the country was under unjustifiable sanctions. The sanctions were a bottleneck for EriTel in importing communications equipment,” Mr. Tesfaslase explained.

What is more, expanding telecommunications service for mobile phones across the country was quite demanding that required the installation of towers in remote and mountainous areas. Working in the outreach areas and hostile climate, the technicians were compelled to endure adverse conditions. “The journey EriTel traveled and the achievement registered in the communications sector was made possible through the unremitting efforts of the young workers,” the Minister underlined. “The contribution of local construction companies was quite essential in building access routes to mountainous areas and drilling rocky areas for the foundation and installation of communication towers mostly in areas with arid and hostile climate such as Borasole, Idi and Gelalo in the Southern Red Sea region, Mount Ghedem in the Northern Red Sea region and in other remote parts of the country.”

According to Minister Tesfaslase, efforts have been made to increase the coverage and speed of internet service. Volume-based fast internet access was introduced for special needs. Clients who are in need of such an access for two weeks or one month to the maximum have been beneficiaries of such services. Wi- Fi service has also been introduced in areas that never had access.

EriTel’s clientele base has been expanding and the number of customers currently making use of mobile phone services is 665,000. The Internet service has also been making steady progress, land line service has been improved, high capacity microwave is being introduced, Wi-Fi services in some remote areas is being introduced, and volume-based high speed Internet service for researchers and students have started and will be expanded. 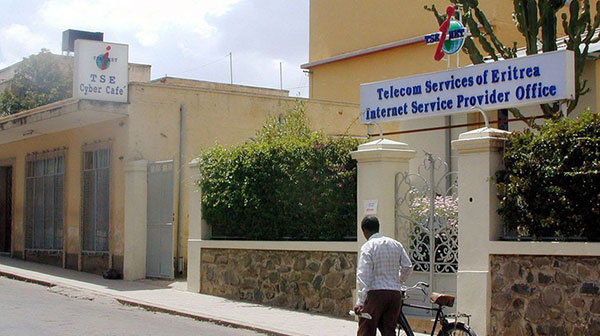 In terms of capacity building, EriTel has been making progress. The youth are now the vanguards of every change in telecommunications, and the technical capacity that has been built over the years is starting to payoff. At the Human Resource Development Center at Bietghergish, Asmara, which has been very well equipped, training in the installation of fiber cables, installation and repair of generators and solar equipment, accounting, finance, customer care and other fields have been given to over 400 EriTel employees from all regions of the country.

Indicating that the future plan is centered on the introduction of broadband service that makes mobile banking and mass education easy to access, Minister Tesfaslase said new arrangements have been made to replace the equipment installed in 2003 and in 2006 with newer and more advanced technology to provide more efficient service that goes parallel with global advancement in the sector.

In his final remarks, Minister Tesfaslase invited EriTel customers to visit www.EriTel.com.er for detailed information on the services the corporation gives and to learn more on the recent developments.

“When the going gets tough, the tough get going”