From a kid Actor to an Award Winning Editor 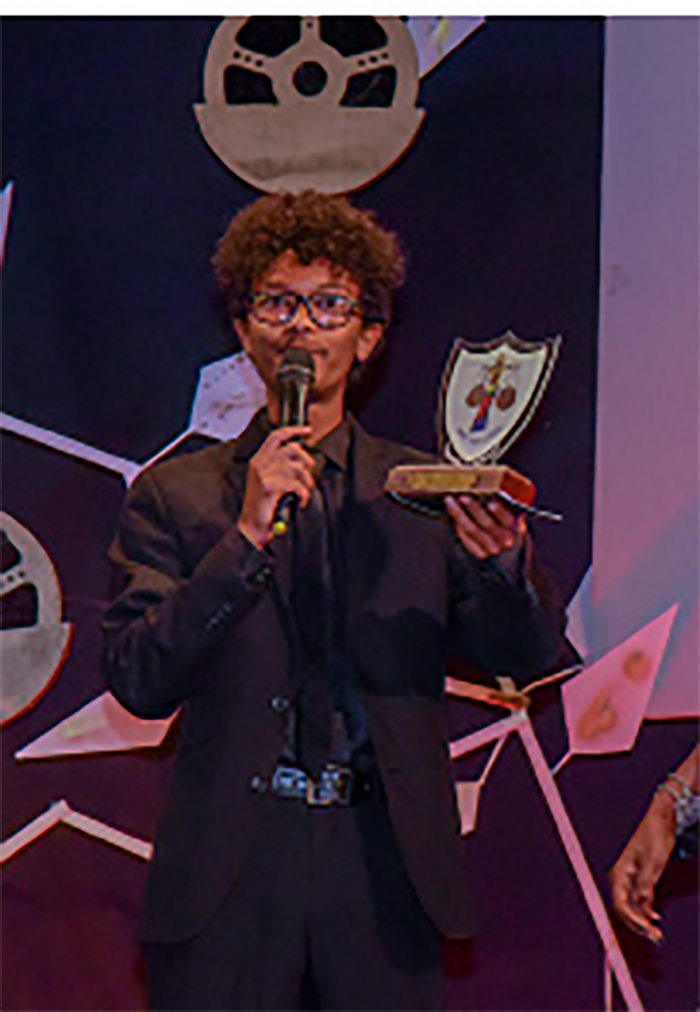 Meron, famously and affectionately known as Mussa, is a promising young artist who is trying to elevate Eritrea’s film industry. People who work with him admire his ability to understand every aspect of art. The passion and efforts he pours into his work were acknowledged by the committee for SHAMOT award. His short film was nominated in several categories.

My name is Meron Fitsum and I was born in 1997 in Asmara. I studied elementary and junior high at Awet Elementary and Junior High School. Then I did high school at Debrexion Kedsti Maryam. After high school, I went to Sawa, as a member of the 28th round, did my matriculation exam, and then joined Eritrea Institute of Technology at Mainefhi, where I did my first-year studies. After completing the Freshman program, I went to the College of Marine Sciences at Massawa. 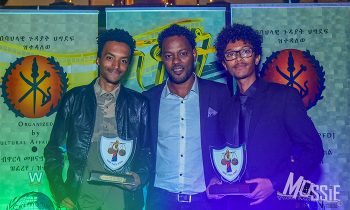 How and when did you start participating in art?

It all started when I appeared on Teawet, a variety television show broadcast on EriTV to celebrate Independence Day. After the show was broadcasted Efrem Fekadu asked me to join Wari, a famous cultural group made up of schoolboys and girls that he manages. At my first performance, in 2004, I read a poem on AIDS. From then on I continued to recite poems on national holidays, did acting, and sang with a choir. When I was in 6th grade, Wari launched a children’s show for TV and I was in the cast of a sitcom called ‘Elsa and Mussa.’ The sitcom was popular among kids and we made more than 250 episodes. I think that’s why people identify me as Mussa, the character I played in the sitcom. When I was in the 8th grade I decided to learn music, went to Asmara Music School, and studied violin. Now I have shifted to editing. 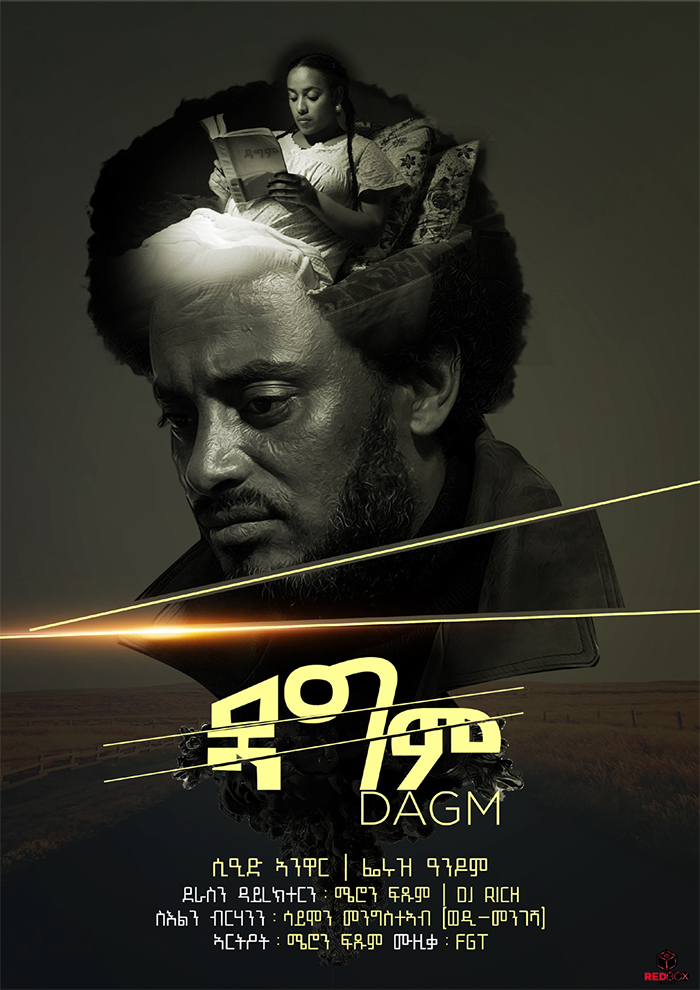 When I was doing graphics I realized I was good with computers. Then I started working with REMI award winning editor, Medhanie Berket. I worked with him for about three years and came to know further that editing is crucial to making films or music videos. I have learned a lot from Medhanie but I wanted to work on my own. So I rented a studio and started doing my thing. Things went fine and I started writing short scripts. As a result my short film, Dagm, was nominated and won the Shamot award in 2019.

How did you come up with Dagm; tell us about it?

A friend, called DJ Rich, told me a story similar to Dagm and I was inspired to write a story. I like stories that revolve around extreme emotions. It is a silent movie set in the late 1970s. It’s about a newlywed and the trouble they face with transportation when the woman is in labor in the middle of the night. I have directed and edited it myself. It was nominated in four categories — best editor, best director, best cinematography, and best short film — and won for ‘best editor.’

Why do you think it won?

Because it is the best; I am kidding! I think the reason it won is it does not need a subtitle as it’s a silent movie and audience members who speak different languages could equally understand it.

After Dagm I completed my studies and became a full-time editor. I have so far edited 15 music videos, more than ten sitcoms, ten feature films, and 15 short films. 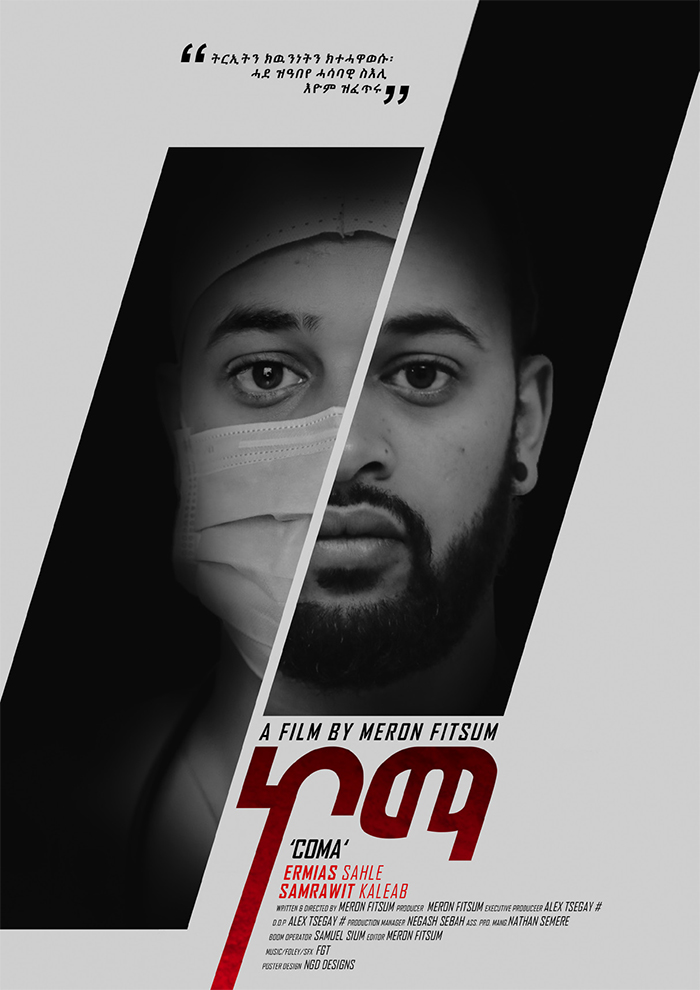 It did help me to understand and edit music videos better. It has also helped me to express emotions through music while editing films.

We heard you have a passion for diving and cooking; is it true?

Yes, I do dive and cook. I am an advanced open water scuba diver and am good at cooking Italian cuisines.

I am producing my own films and want to continue to do that.

Thank you and Good luck!

Meron, famously and affectionately known as Mussa, is a promising young artist who is trying to elevate Eritrea’s film industry. People who work with him admire his ability to understand every aspect of art. The passion and efforts he pours into his work were acknowledged by the committee for the SHAMOT award. His short film was nominated in several categories.