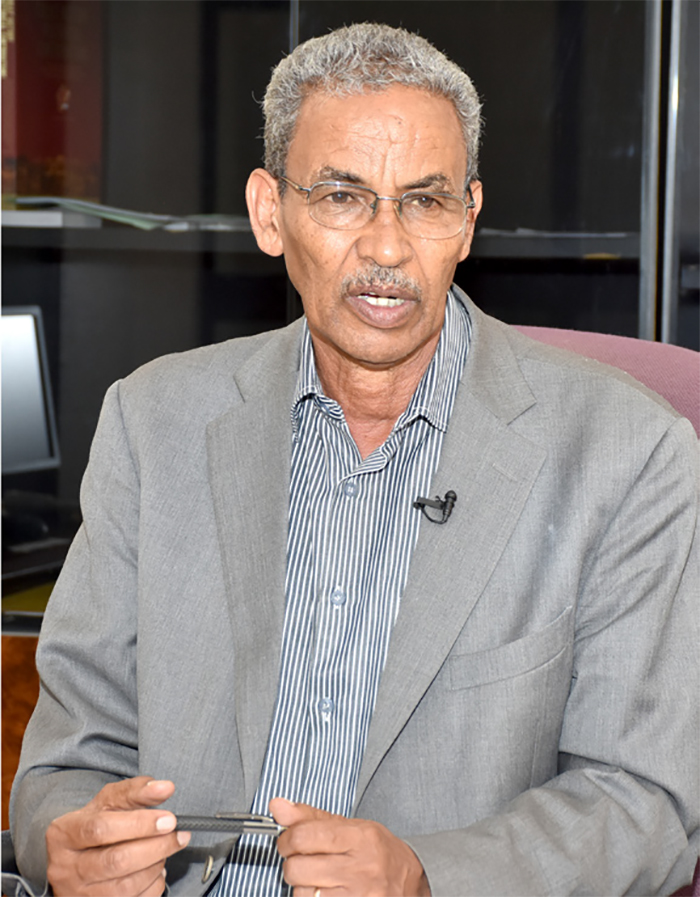 When Eritrea became independent in 1991, the Government inherited an infrastructure in disrepair across the nation, where roads linking different parts of the country were turned into ditches due to the prolonged war. The roads were in so poor a condition that the current two hours and 30 minutes Asmara–Massawa car ride used to take over seven hours. Similarly, the vehicles on the road were very old and in need of replacement.

The past 30 years have been a time of transformation in the transportation system. New strategic roads have been built and old roads have been renovated and expanded. To help alleviate the problems of transporting people and goods, the Government imported over 700 buses while around 1400 buses were imported by the private sector. Around 900 taxis were also imported to provide efficient transportation in the Central region. Similarly, to help address the challenges in the other regions of the country, more than 600 twelve-seater taxis were introduced. 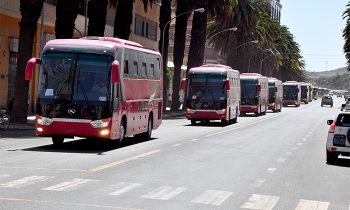 A total of 257 old buses used to transport around 6000 people per day in 1991, but the newly imported 2,100 buses in the post-independence period have been daily transporting over 62,000 people. Mr. Tesfaslasie Berhane, Minister of Transport and Telecommunications, said that Harat Transportation Company has been giving efficient service in all parts of the country, including remote areas, at a very fair price. Over 85% of Eritrea’s population has easy access to public transport across the nation.

The Government has invested around 970 million Nakfa for the importation of buses. New buses imported in the last six months have started to give service following the relaxation of COVID-19 lockdown. “The Government will import more buses to bring a lasting solution to the challenges in the transportation system,” Mr. Tesfaslase affirmed.

Some remote areas that had no access to transportation facilities are now transformed. The construction of dirt roads has been instrumental in connecting various regions of the country. According to Mr. Tesfaslase, Asmara, Massawa, Barentu, Tesenai, Dekemhare, Adi-Keyih, Keren and Aqordat now have easy access to public transportation while around 85% of the villages in the remote parts of the country have been linked with a network of roads, making public transport available at a very fair price. 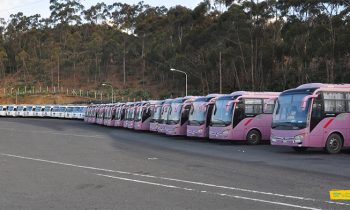 One of the Government’s main goals in the transport sector is to ensure a cost-effective service. To make this a reality, it continues to make efforts in the construction of roads and in the provision of public transport to remote areas. Efforts have been made to enable Harat Transportation Company to provide services in Amalayt, Habero, Asmat, Awgaro, and Shetreb in the Gash-Barak and Anseba regions as well as in Tio–Aime, Idi-Afambo, and Beilul routes in the Southern Red Sea region. “The long-term plan is to import vehicles that are specially designed to penetrate uneven and ditched areas in a bid to reach hitherto inaccessible areas,” Mr. Tesfaslase elaborated. “We are looking ahead to provide the entire Eritrean society with viable transpiration services.”

As regards the ongoing efforts to renovate roads, Mr. Tesfaslase said that priorities have been given to the strategically important routes. All roads built in the post-independence period are the foundation for the aspired transformation in every sector. “Everybody should venture out of Asmara to personally witness the achievements registered in the construction of asphalted and dirt roads across the county,” Mr. Tesfaslase emphasized.

The freight service for solid and liquid load has been improved. Around 1,600 Government-owned and 1,100 private trucks have been active in transporting solid freight while around 400 vehicles have been used to transport oil and gas. 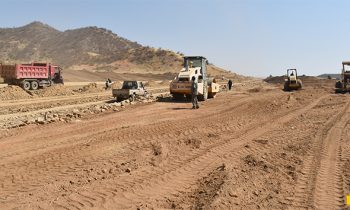 To ensure the safety of people and property, vehicles are inspected once annually. The Ministry of Transport and Communication, in collaboration with Anberbeb Share Company, has for 45 days given a training course in maintaining and troubleshooting defective vehicles to 25 females and five experts from the Ministry’s Headquarters. Mr. Tesfaslase applauded the instrumental role Anberbeb Share Company played in training the youth.

Mr. Tefaslase finally said that people need to respect traffic rules and should be aware of the dire consequences that may occur due to negligence. Everyone should abide by the traffic rules for the benefit of all, and there should be serious and corrective penalties for irresponsible car drivers, bicycle riders, pedestrians, and drivers of horse-drawn carriages. Casualties and damage to property should be halted through concerted efforts.

From a kid Actor to an Award Winning Editor