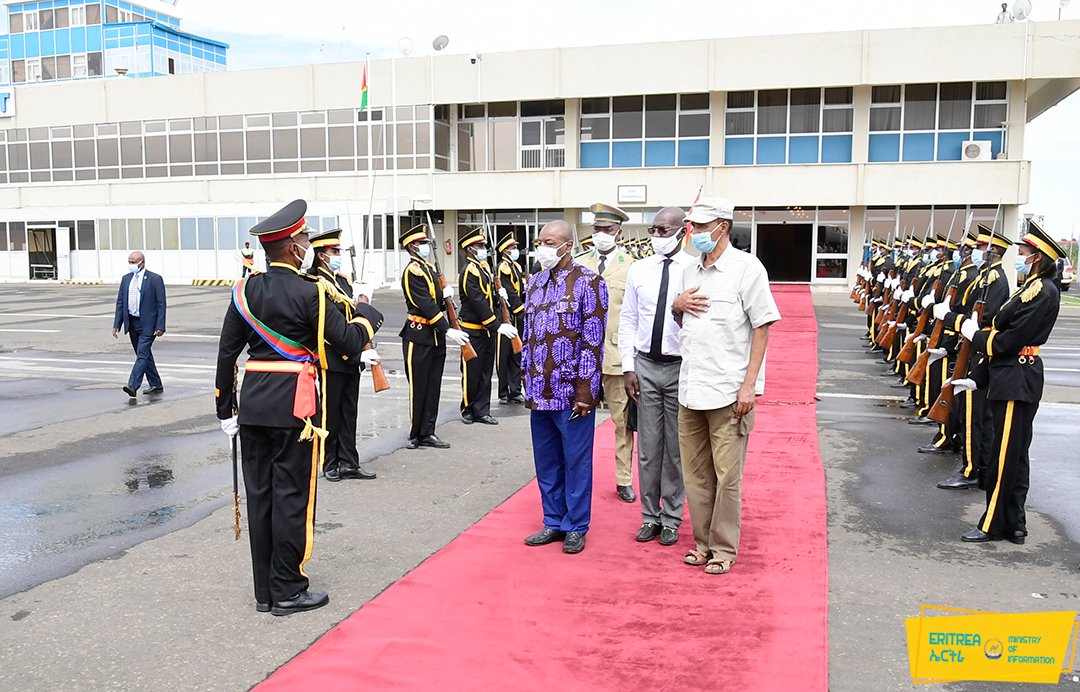 Asmara, 14 May 2021- President Alpha Conde of the Republic of Guinea returned home in the morning hours of today, 14 May, concluding a two-day working visit to Eritrea on the invitation of President Isaias Afwerki. 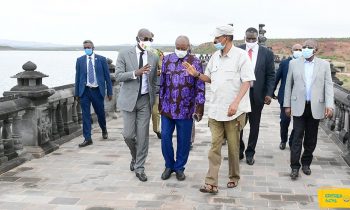 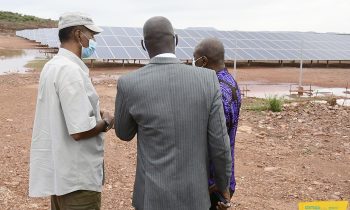 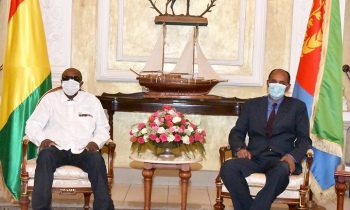 In the meeting at the State House yesterday evening, the two Heads of State recognizing that Africa is facing numerous challenges and problems but at the same time gifted with greater endowments and opportunities agreed to work together for the promotion of cooperation among the African States and the renaissance of the African Continent.

The two leaders also agreed to cooperate in the political, diplomatic, and developmental sectors especially in education and health.