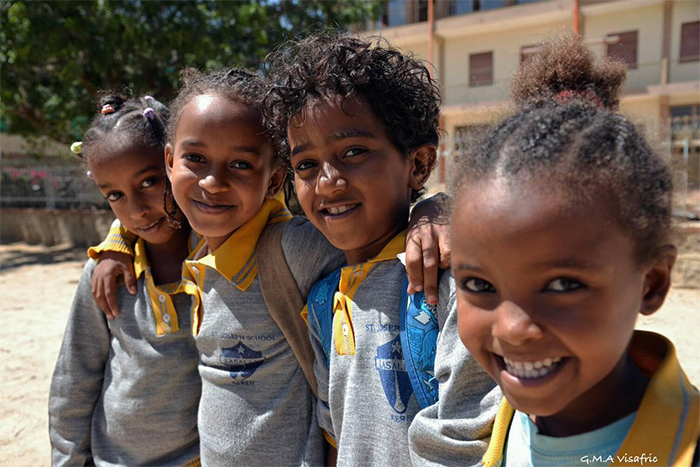 A person who does not have his needs fulfilled will function poorly in society, and governments often play a crucial role in turning such a person into a productive citizen. One way this is done is through some system of social welfare. Social welfare is based on the principles of equality of opportunity, equitable distribution of wealth, and public responsibility for those unable to avail themselves of the minimal provisions for a stable life.

The system of social welfare in Eritrea caters to the needs of people with disabilities, disadvantaged children, martyrs’ families, and the poor, and others. Targeting such people, the Ministry of Labor and Social Welfare (MLSW) has been working since independence to distribute resources equally to those in need, emphasizing amending the way they lead their lives. It does not simply hand out food, shelter, and money for those who are in need, but it works for the people to be productive and support themselves and their country as citizens. The Government’s efforts are complemented by the people who are guided by the societal norm of “helping and sharing.”

The MLSW has four departments. The department for children and family safety focuses on children with no parents, homeless children, and children with other problems. The second department is for rehabilitation and demobilization and targets mainly the disabled, the elderly, poor people, and those discharged from the military. The third department deals with martyrs’ families and works to ensure the safety of those who have lost a family member in the armed struggle for Eritrea’s independence. The fourth department caters to the needs of victims of natural or man-made disasters.

In the last 30 years, the MLSW has accomplished a lot, especially regarding homeless children, children with no parents, children with HIV, and children whose parents passed away because of HIV. Over 30,000 families who are looking after 79,631 orphans have been given child support in terms of cash from the government. Similarly, 2948 families, who are looking after 5902 children with HIV or whose parents passed away, are supported financially by the government. Child support is given to relieve the families from feeling the burden and help them raise the kids without worrying about how to feed them and pay for their school.

Another form of support for children in need is adoption or foster care. Orphans abandoned by their biological parents are either adopted by families who want to raise them as their own or live with a foster family. In both instances, the kids get the opportunity to grow up with a family and their cognitive development problems are a lot less than those who grow up in institutions. Some children also live in ‘Group homes.’ The kids make their way to group homes after being in orphanages for 5-6 years.

There are also children whose parents are divorced and, as a result, become victims, and there are kids who roam the urban centers selling candies and cookies and eventually end up staying there. Such kids cannot support themselves and may end up as street children. To prevent this from happening the MLSW provides 4500 children in such a situation with school materials and 2232 kids with training. 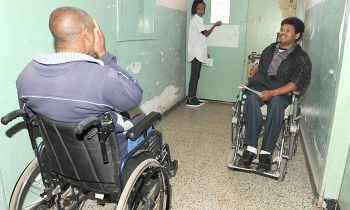 Many families have lost one or more than one member during the armed struggle. Such families have been supported by the Government for the past three decades, and the Government’s efforts to mobilize the people to extend a helping hand to the needy has borne fruit. In particular, the MLSW has been taking the lead in taking initiatives to empower citizens in need of help and enlightening members of society about the benefits of helping one another.

Teaching The Science of life