Shieb subzone, one of the ten sub-zonal administrations of the Northern Red Sea (NRS) region, has 1862 square km of fertile farmland on an altitude that ranges from 215 to 1800 meters above sea level, giving it unique topography and climatic conditions suitable for agriculture.

Mr. Abubaker Ibrahim, the administrator of the Shieb sub-zone, said that the sub-zone is one of the most productive agricultural areas in the Northern Red Sea region. This year, out of around nine thousand hectares of cultivable land, around six thousand hectares have been cultivated.

Although the rivers that flow towards the area bring with them abundant fertile soil, sometimes they come with immense volumes and speed of the water, causing damage to the farms. To overcome problems associated with flooding and boost production, agricultural research institutes, sub-zonal administration offices, the Ministry of Agriculture and local farmers are working together on soil and water conservation projects.

In 2001, two water diversion system projects were implemented along the river basins at a cost of 60 million dollars. These projects helped boost productivity but after 20 years of use, they are now in need of renovation. As one of the major setbacks, the farmers of the sub-zone face is the erosion of the farmlands by heavy flooding, they work throughout the winter season to put in place water diversion canals. Through years of experience and training, they have acquired techniques of setting water diversion and irrigation systems to utilize the water that flows from the highlands. Mr. Abubaker said that to control the flow of water towards the farmland and to better utilize the water a dam is planned to be built.

The farmers of the sub-zone are organized in a farmers’ association that was officially formed in 2004. It aims to improve the livelihood of its members, who are 4542 and encourages the sharing of information and experience among its members.

According to Mr. Abubaker harvests have recently increased as a result of public awareness campaigns and training programs for local farmers. Prior to the initiatives, yields per hectare were not profitable. However, after farmers were taught about proper farmland management and soil and water conservation, yields, on average, rose to more than 10 quintals per hectare. The dominant crops harvested are sorghum (about 70%), maize, millet, and vegetables. The sorghum grown in the sub-zone is popular throughout the markets in the country. The Shieb sub-zones branch of the Ministry of Agriculture (MoA) provides farmers with what is regarded as the best sorghum seeds. It also provides extension services to farmers on how to conserve soil and water although they have not fully exploited these opportunities. The MoA is working to increase the awareness of the people to utilize the opportunities while the sub-zones administration arranges routine soil and water conservation campaigns. 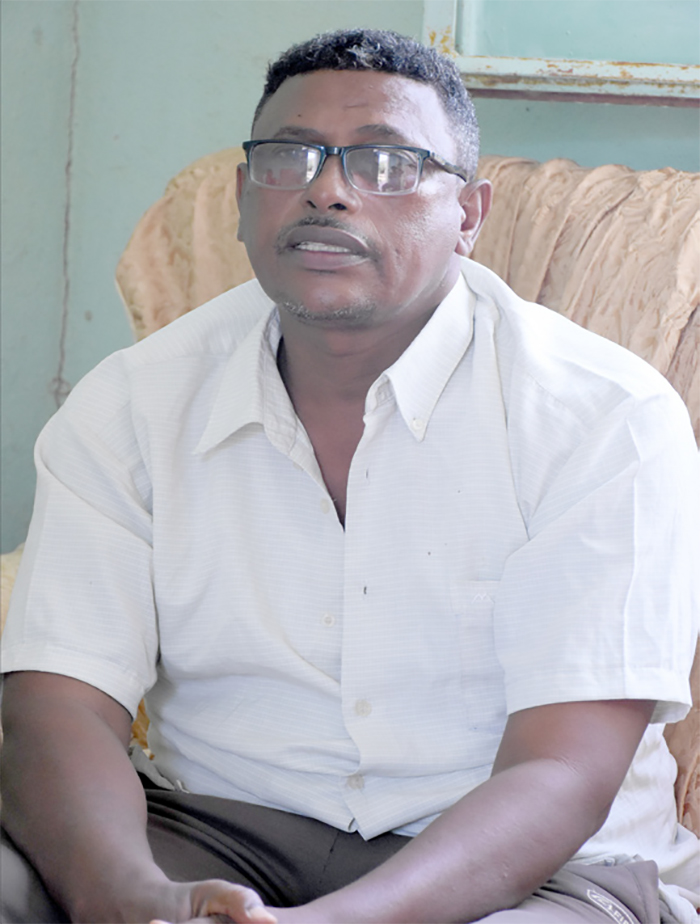 The local Savings and Microcredit branch in the sub-zone gives loans to individuals and groups, which has resulted in increased productivity.

With the gradual influx of people into the town of Mensheb, the administrative center of the sub-zone, the numbers of social service rendering institutions have begun to increase and trade and agricultural activities in the town have begun to flourish. Access to water and the development of infrastructure in the Shieb sub-zone and the eight administrative areas is steadily improving. The inhabitants of the town of Mensheb access water from water taps distributed throughout the town. The remaining administrative localities receive water from wells. Overall, 80% of the population has access to what can be considered potable water.

The sub-zone, in collaboration with the regional administration, has regrouped villages along the main roads. This will help in the easy dispensation of social services by bringing together people who live in several scattered villages. It is also cost-effective.

The people of the sub-zone do not have much difficulty in transport because a major asphalt road crosses the subzone from Gahtelay to Afabet. Of course, the road is now in need of renovation because many bridges constructed are partially destroyed by the rivers along the major river basins.

In terms of social service provision, eight of the local administrative areas have access to schools. As for the other two administrative areas, the administration aims to resettle scattered villages and build schools that are easy to access. In total, there are 23 schools in the sub-zone. However, to reduce the high student-teacher ratio and help establish a conducive learning environment, more schools must be built. Adult education is also provided in order to reduce illiteracy.

Mr. Mussa Adem Jaber, director of the branch of the Ministry of Education in the NRS, said that the people of the area had access to schools run by the EPLF during the war of independence and the number of schools has been increasing since independence. 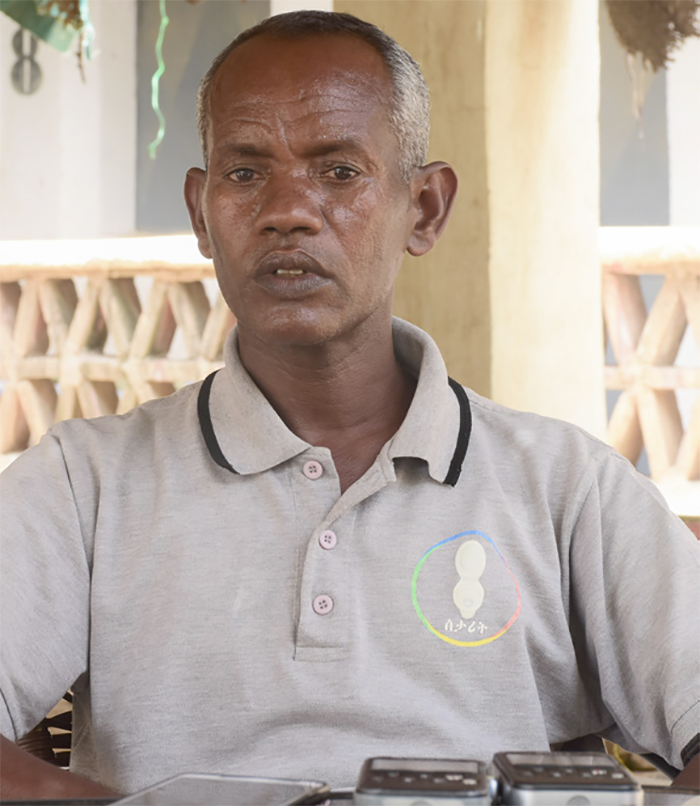 Before the opening of the secondary school in Shieb, students were sent to the boarding schools of Tsabra, Nakfa, and Dekemhare after completing junior high school. Mr. Musssa said that though some of the schools need renovation, most of the schools in the sub-zone are quite well equipped with teaching materials and infrastructure.

Mr. Abubaker said that they continuously strive to prepare a conducive environment to engage the nomadic population in their area. This is done through a schooling schedule that conforms to the seasonal movement of the nomadic people. This year, five improvised schools have been opened. The educational awareness campaigns carried out in cooperation with all stakeholders and institutions have resulted in an increase in student enrollment, in general, and girls’ enrollment, in particular.

Providing adequate health service is essential for a healthy society. One of the areas where Eritrea has achieved great success is in the health sector. The people of the sub-zone get their medical service in the health centers and stations located in Shieb, Wekiro, and Ghedged, and there is a plan to expand health institutions to the remaining local administrations that do not have access to health services within their vicinity. In the areas where there are no health facilities, local barefoot doctors fill the vacuum. These health facilities provide all kinds of medical services and when highly serious cases arise, patients are referred to the hospital in Ghindae.

Mr. Mohammed Jimie Tedros, the health institutions administrator in the Shieb sub-zone, said, “In the winter season the health centers in the sub-zone give service to thousands of people affected with seasonal diseases because many of the people return home from different places. The health centers give health services including vaccinations, pre-and post-natal care, and child care. The health centers provide services to permanent and outgoing patients”.

Importantly, the region has made considerable progress in reducing mother and child mortality rates, female genital mutilation, underage marriage, and the prevalence of HIV and malaria. However, despite the progress, Mr. Mohammed Jimie said that health facilities need to be expanded to meet the needs of the sub-zones growing population.

The large river basins in the sub-zone have the potential to support intensive agricultural activities. In particular, they have opened opportunities for the development of large fields of land for agriculture. Local farmers remain committed to improving their output, and with the support of agronomists and the MoA, they expect to have an abundant harvest this year.

Several all-season roads have been paved that connect the sub-zone with the local administration’s office. The sub-zone is also connected with the main Gahtelay-Shieb road. Importantly, these developments have helped facilitate trade and ease the challenges of transportation. The roads are also expected to help encourage investment.

Shieb subzone, which is 84 km west of Massawa, is bordered by the Gheleb sub-zone in the west, the Massawa sub-zone in the east, the Ghindae sub-zone in the south, and Afabet sub-zone in the north. The population of the Shieb sub-zone is around 54 thousand, who are predominantly Tigre and Rashaida, living in 15 villages. The sub-zone consists of eight administrative areas: North Mensheb, South Mensheb, Gedged, Tiluk, Weqiro, Wed Ilo, Kilo, and Shelshela. The majority of the people (about 85%) live on agriculture and herding while a small percentage of the population engage in trade.