Asmara, 21 May 2021- The National Union of Eritrean Women celebrated the 30th Independence Day anniversary under the theme “Resilient: As Ever” featuring various programs on 20 May at the Central Office of the union.

Speaking at the event, Ms. Tekea Tesfamicael, President of the Union, gave a briefing on the contribution of the Eritrean Women in the struggle for independence and safeguarding the national sovereignty as well as in the implementation of the national development programs and called for reinforced participation. 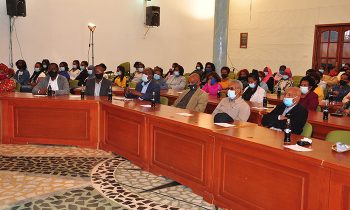 Ms. Tekea went on to say that the Eritrean women through their struggle have realized their rightful place in society and that school participation of female students has increased significantly and college education participation has increased by 45% and that attests to the struggle conducted.

According to a report, the National Union of Eritrean Women branch in the Central Region started celebrating the 30th Independence Day anniversary from 4 May featuring various programs.