Eritrean Innovators on the go! 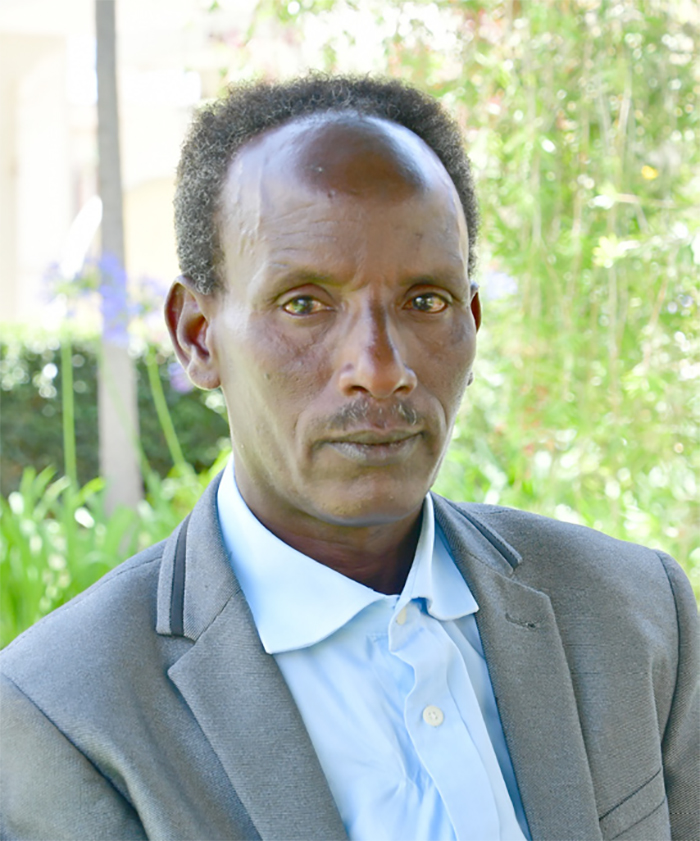 Mogogo, a traditional stove, is one of the most energy-consuming stoves in Eritrea. On average, one stove uses 3500 to 4000 watts. Mogogo has also been a cause of deforestation for many years as it uses wood as its main source of energy. The way Mogogo is made has been evolving, making our everyday lives easier, but we haven’t seen anything like the Mogogo Mr. Mesoud has made. Mr. Mesoud’s Mogogo is so efficient it uses only 600 watts. For his efforts, Mr. Mesoud was given the Renewable Energy and Energy Efficiency Technology Award (organized with UNDP, UK Embassy) by the Minister for Land, Water and Environment, Mr.Tesfay Gebrselassie.

I’m grateful for the invitation. I am Mesoud Mohammad Siraj. I was born in Mendefera but moved to Keren in 1981. I studied up to 9th grade there and instantly started working. I’m now a married man and a father. 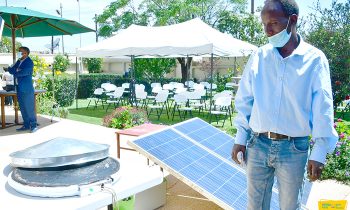 I once asked some people from distant villages why they don’t use electrical stoves instead of the traditional stoves that use wood as fuel. They simply said they couldn’t afford the electric bills. With this in mind, I spent five years, from 2008 to 2013, studying how to conserve trees and combat deforestation. Again in February 2013, I started doing research on how to use less energy on stoves. The research took three years to complete. When I finally was able to reduce the number of energy stoves consume from 3500 watts to 800 watts, a question popped up in my head. I asked, “Why don’t I use renewable energy instead?” I wasn’t fully equipped to do so back then but I somehow managed to shift from using electrical to solar energy.

Actually, I have many inventions. In 2015 I had three inventions. When it comes to stoves, as I said earlier, I have invented a stove that works with a lot less electric power than the traditional stove. It helps save 2900 watts, which is massive. I have also made a stove that uses solar energy and an automatic stove targeting the elderly and disabled people. The automatic stove is also convenient for restaurants and will soon be made available at the market. I have also come up with a weaving machine that works electrically rather than manually. 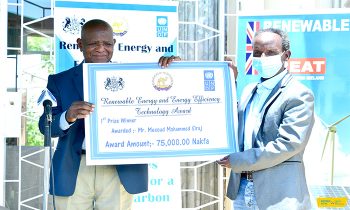 Winning in this competition has really been amazing and truly motivating. My hard work has finally paid off. I’m keener to work harder and come up with more innovations that can help in the nation’s development.

I have a lot of big plans for the future. I’m hoping to work on bigger projects that focus on tree conservations and the reduction of air and environmental pollution for a healthy and clean nation. I also hope to make energy-efficient ovens to improve the economy. As we know, an enormous amount of the nation’s capital goes to financing the energy used in Mogogo. We will try to serve the people at a fair price and, hopefully, a better economy. The best is yet to come.

In Eritrea, there are a lot of young brilliant innovators. They have potentials and can contribute to the country and the world with their new ideas. But one thing that they should know is that when you get into the business world, you have to be ready for the challenges that might come. Being committed to your work can help you overcome obstacles. I wish you all a happy 30th Independence anniversary. Thank you!