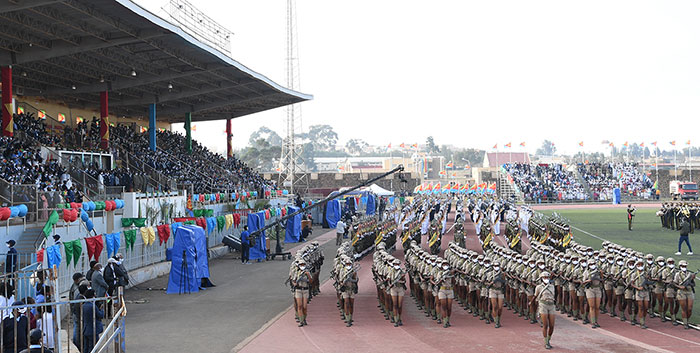 Asmara, 24 May 2021- The 30th anniversary of Independence Day was celebrated enthusiastically in the afternoon hours of today, 24 May at an official ceremony conducted at Asmara Stadium.
In his keynote address, President Isaias Afwerki extended his warmest congratulations to the Eritrean people and members of the Defense Forces and said that the significance and splendor of this momentous day radiate more with time; year-in and year-out. And beyond instilling immense jubilation and pride, it impels us to ponder on, and mull over several indelible truths, President Isaias added. 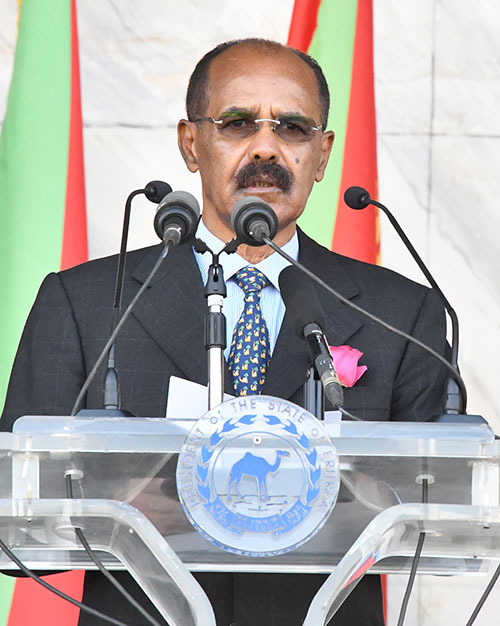 President Isaias further stressed the historical backdrop, the bedrock, and statue, on which the significance of Independence Day rests on the ferocious struggle the Eritrean people waged with heroism and resilience to assert independence and sovereignty of their country through heavy sacrifices.

President Isaias also stated that the prevailing turbulent global and regional setting underscores the imperative to strengthen our developmental endeavors above and beyond the efforts we exert to preserve and protect our national independence and sovereignty.

President Isaias, finally, urged for extensive popular participation for more dynamic and vigorous initiatives for the effective implementation of our national security and developmental programs on the basis of the revised broad roadmap of mobilization. He also urged for greater participation of nationals abroad in view of their greater potential and particular opportunities. 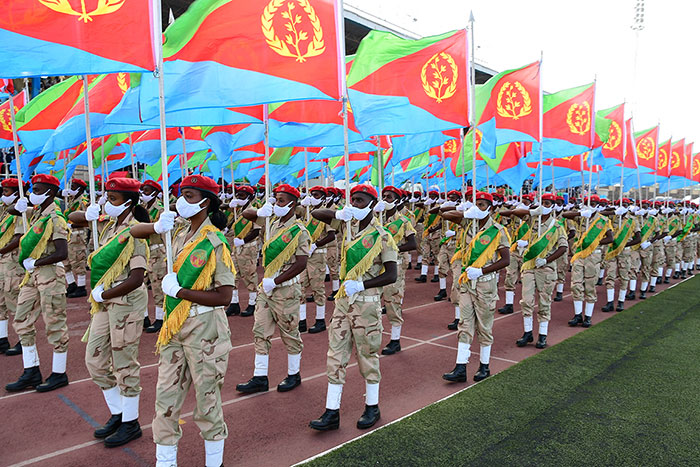 At an opening speech delivered, Chairperson of the National Holidays Organizing Committee, the Commissioner of Culture and Sports Ambassador Zemede Tekle stated that the official ceremony was held in compliance with guidelines issued to curb the spread of the COVID-19 pandemic. He further commended all that contributed to realize the colorful celebration event. 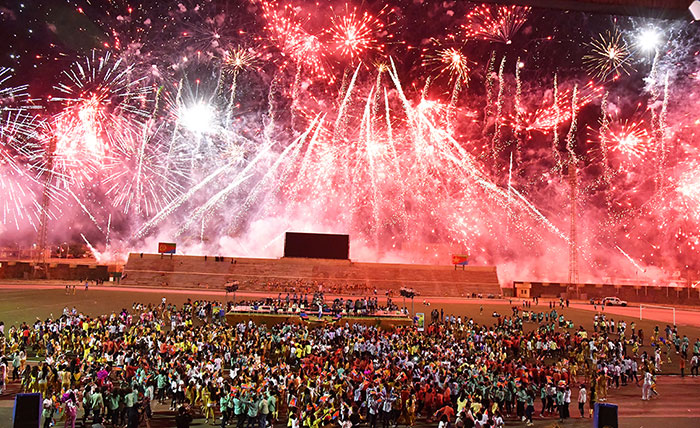 The official Independence Day celebration, 24 May, was broadcast live via ERI-TV and Dimtsi Hafash featuring a military parade and musical performances, as well as a 20-minute fireworks display.