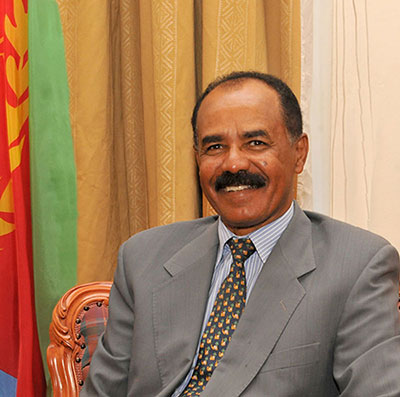 Asmara, 25 May 2021- Prime Minister Dr. Abiy Ahmed and President Sahle-Work Zewde of the Federal Democratic Republic of Ethiopia, President Ilham Aliyev of the Republic of Azerbaijan, President Marcelo Robelo de-Sousa of the Portuguese Republic, Queen Elizabeth of the United Kingdom, Pope Francis of Vatican, President Mahmud Abbas of the State of Palestine, as well as Mr. Moussa Faki Mahamat, Chairman of the African Union Commission sent messages of congratulations to the people and Government of Eritrea in connection with the 30th Independence Day anniversary.

In their messages, the leaders wished good health to President Isaias Afwerki and peace and prosperity to the Eritrean people.

In his message, Prime Minister Dr. Abiy Ahmed said “On behalf of the Government and the Federal Democratic Republic of Ethiopia and that of my own, I would like to extend warmest congratulations and best wishes to Your Excellency and through you to the brotherly and sisterly people of the State of Eritrea on the 30th Anniversary of the Independence Day of the State of Eritrea”.

Prime Minister Dr. Abiy also expressed that the existing excellent bilateral relations between Ethiopia and Eritrea will further strengthen the mutual benefit of the people of the two countries and the peoples of the Horn of Africa.

Mr. Moussa Faki Mahamat, Chairman of the African Union Commission, on his part expressed appreciation for the continued efforts that Eritrea is deploying for the socio-economic development as well as contribution to the peace and security in the Horn of Africa.