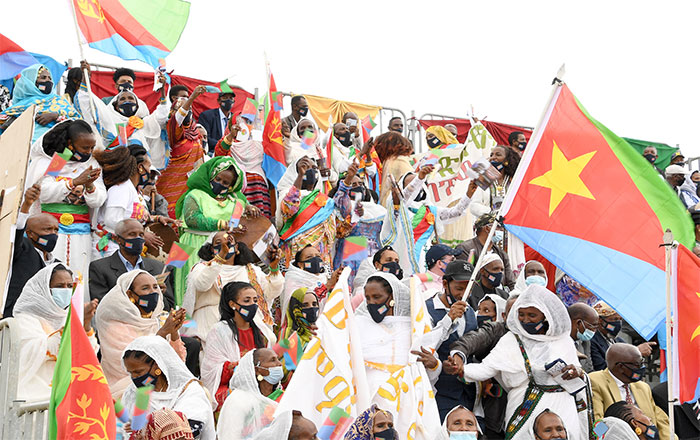 Eritrean Independence Day is the most important public holiday in the country. On this day, May 24, 1991, the Eritrean People’s Liberation Front forces defeated the heavily armed Ethiopian army and made their way to the capital of Eritrea. Every national in and out of the country celebrates May 24 with pride.

I arrived at Asmara Stadium, where the national celebration of the 30th Independence Day was held, at 4:30 p.m. As I took my steps through the entrance gate, I could feel my heartbeat increasing and joy spreading through my whole body. The noise coming from the crowd didn’t annoy me. I walked through the stairs and sat in my seat, starting to take everything in. I looked to my left, to my right, and then to those who were sitting on the seats above mine. You could feel the same vibe from those who were dancing and cheering, gently touching their chests with their palms. You could see the deep pride and happiness on their faces. The entire atmosphere takes you back to May 24 of 1991, when everyone in Asmara went out of their houses to cheer and welcome the freedom fighters.

As I was appreciating the people’s passion, I got lost in my own thoughts. I was reminded that the common struggle, characterized by bitter experience, enriched the repertoire of common memories, a necessary prerequisite for living together. In that respect, the armed struggle for the liberation of Eritrea represents the most outstanding and vital process in a chain of historical events that began in 1890 and culminated in the formation of the State of Eritrea in 1991. Underscoring the immense importance of the period of the armed struggle, Eritreans and several foreign observers maintain that in actuality Eritrean nationalism and nationhood was solidified through the national liberation struggle. Suddenly, I heard the host of the program telling the people to stand up and welcome the President who arrived at the stadium. That’s when I was brought back to reality.

The program started at 5:00 p.m. with a moment of silence to pay tribute to Eritrea’s martyrs. A speech was then given by the Head of the National Holidays Coordination Committee, Ambassador Zemede Tekle. In his speech, he said that the program was held by following the national COVID-19 guidelines and thanked the senior government and PFDJ officials, army commanders, religious leaders, members of the diplomatic corps, and Eritrean nationals for their efforts and attendance. He then invited President Isaias Afwerki to deliver a keynote speech on the occasion. 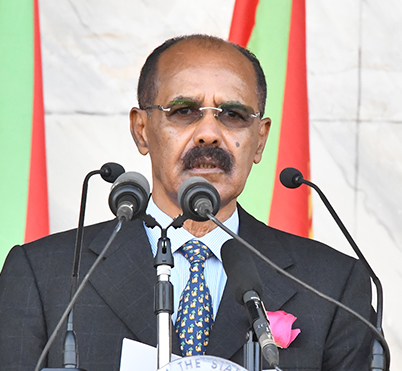 In his speech, President Isaias congratulated Eritreans inside and outside of the country for the ferocious struggle the Eritrean people waged with heroism and resilience to assert the independence and sovereignty of their country. He went on to reiterate the theme of the 30th Independence Day anniversary, “Resilient- as ever!” before noting how global and regional agendas have profoundly impacted our history and led to challenges that have demonstrated the determination of the people.

President Isaias said, “Protecting and preserving national independence and sovereignty was not confined to combating the security threats emanating from the forces of greed and domination. Nation building through effective developmental undertaking was also a mission pursued with equal priority.

Although we may not have managed to achieve all-rounded progress, sector by sector, and in various fields and projects – with the pace envisioned and to the extent of our aspirations – the track record in our priority areas is satisfactory. We have no doubts that overall progress will be expedited in the period ahead on the basis of the programs charted out and reviewed already. The experiences gleaned so far will also be crucial in this endeavor.

Another factor that has direct impact on our developmental programs and undertakings is the COVD-19 pandemic. The commotion and staggering loss of life that the pandemic has inculcated globally in the past year cannot but constitute a “Wake-Up Call” for humanity. This has provoked and amplified serious questions on different economic concepts and indicators; developmental choices as well as social, ecological and health precepts. In Eritrea, it has enabled us to identify our shortcomings – both in our health policies and operational modalities – and to implement requisite adjustments at the outset. In this context, we shall not spare efforts to put the threat from the pandemic under full control in order to eliminate deleterious consequences to our safety and developmental objectives. This will require perseverance in our vigilance and the bolstering of our all-rounded research, preventive measures, and therapeutic capabilities.”

In his conclusion, President Isaias thanked Eritreans, particularly the Eritrean Defense Forces, who have remained devoted to ensuring the country’s peace and security.

Subsequently, the military parade, accompanied by a marching band, made their grand entrance. The crowd welcomed them with ululation and loud cheering. Chants broke out declaring this year’s slogan “resilience- as ever!”. 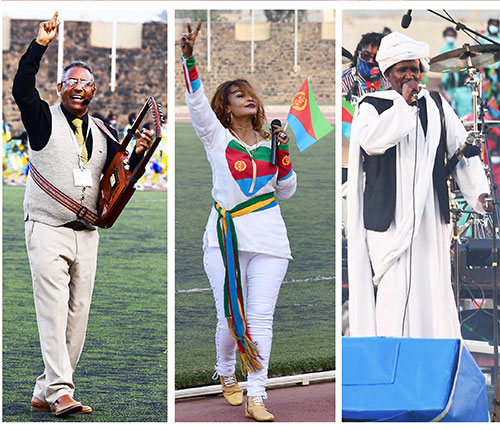 After the military parade, a live performance was held with singers, poets, dancers, and other performers. After the renowned poet, Ahmed Omer Sheik, recited his poem “Ertrya 30”, 600 student performers made their entrance. Some students sat in the background while some were on the stage, wearing colorful outfits. The performers had been preparing and taking dancing lessons for the past two-and-a-half months under the guidance of Mr. Nesredin Saleh and Ms. Freselam Habte. What made this year’s performance unique is that for the very first time twenty songs were played and the performers danced for the entire time. Also, songs of the nine ethnic groups of Eritrea, accompanied by their traditional dances, were sung by both young and veteran artists. The performances reflected the unity and diversity, resilience, determination and hopes of our people. 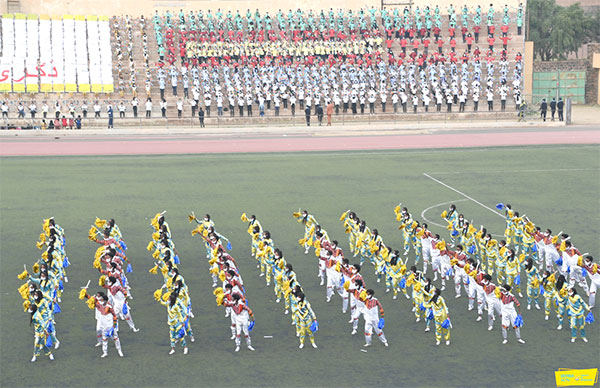 The 30th Independence Day differs from anniversaries held in the past in its grand finale with the unique, 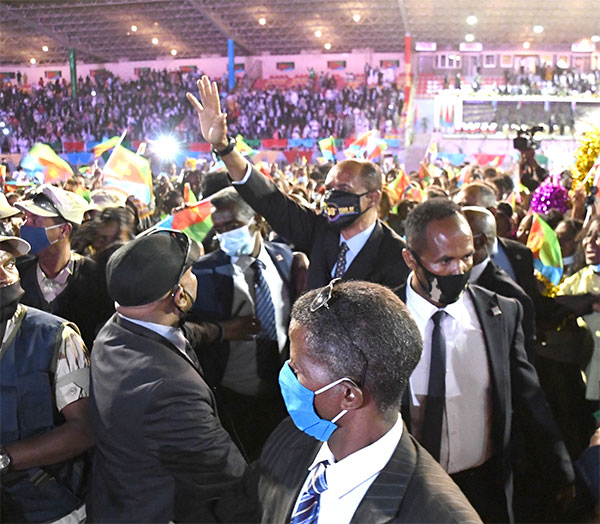 beautiful and colorful fireworks that lasted for 20 minutes. Songs from the 1990’s were played as accompaniments to the fireworks. The youth took the ‘after-party’ to the center stage and danced there. Indeed, after all the ups and downs the people have been, they deserve the joy and party. Soon President Isaias joined the youth and shared the joy and happiness of the day with his people. The official ceremony ended with the national anthem at 8:00 p.m.

Salute to the heroes who made the dream a reality. Happy 30th Independence Day Anniversary to every Eritrean and the Government.

Eritrea’s Independence: A Story of Resilience