Eritrea’s Independence: A Story of Resilience 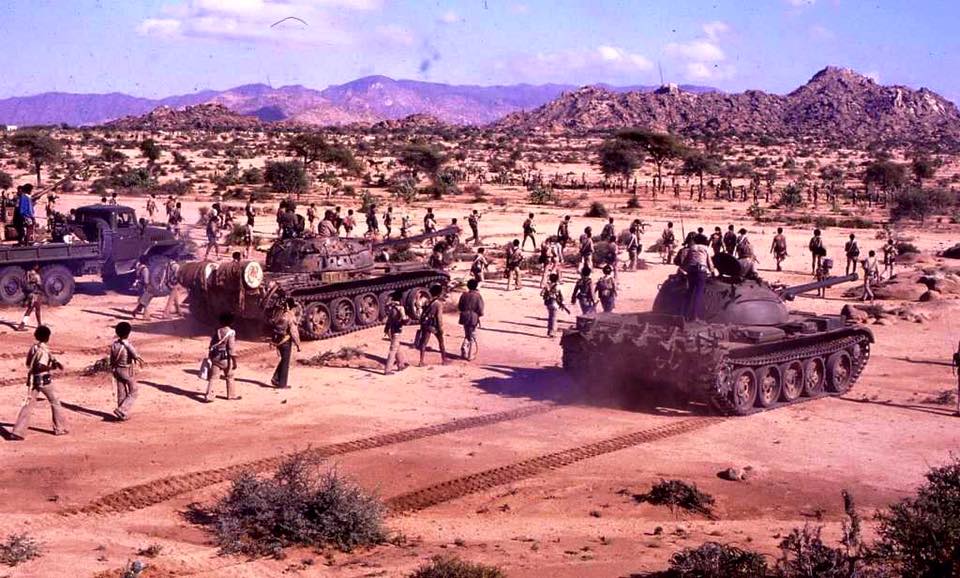 Eritrea is a country with a complex, turbulent history. And a fundamental element of that history has been the resilience of its people, who have withstood great adversity, tremendous injustice, and monumental challenges to stand tall, remain strong, and keep moving forward.

Eritrea won its independence from Ethiopia in 1991 after waging one of the longest, most destructive wars for liberation in modern African history. Prior to the colonial period, over several centuries, different parts of present-day Eritrea were ruled or repeatedly invaded by the Ottoman Turks, the Egyptians, and various warriors, feudal lords, and kings from areas in present-day Ethiopia and Sudan. By the late 19th century, the Italians began purchasing and laying claim to parts of the country, steadily penetrating from coast into the interior highlands in their aim to establish a settler colonial state. Italian colonization of Eritrea “was connived at and, indeed encouraged by the British, who saw in the development of Italian influence in the Red Sea a useful counter to the French” (Trevaskis 1960: 7-8). Eventually, on 1 January 1890, Italy’s King Umberto proclaimed Eritrea as Italy’s colonia primogenita (first-born colony), with Massawa pronounced as its capital.

Over the next half century, Eritreans were subjected to forced servitude, apartheid, and an array of dark horrors and indignities within an inherently brutal colonial system espousing Europeans’ greatness and superiority. However, Italian colonial rule also forged the basis of an Eritrean state and created its modern territorial boundaries. Additionally, it sparked socio-economic transformation and significant industrial progress, including modern port facilities, health centers, airports, and workshops, as well as factories, roads, railways, and communication facilities that were among the best in Africa. In a 1945 publication proposing Eritrea be partitioned, with the resulting parts being incorporated into imperial Ethiopia and Anglo- Egyptian Sudan, Brigadier Stephen H. Longrigg, a civilian who served as chief administrator of the British Military Administration (BMA) in Eritrea from 1942 to 1944, described Eritrea as “highly developed”. 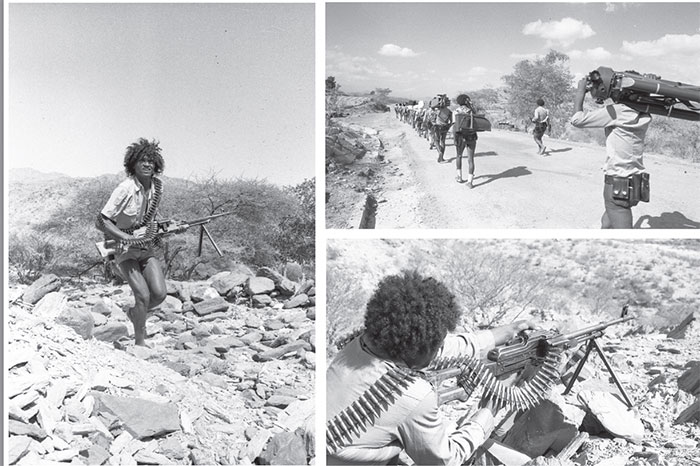 In April 1941, the British-led Allied victory over Fascist Italy in the Horn of Africa led to the dissolution of the latter’s East African empire. With the end of Italian colonial rule, Eritrea was placed under a British caretaker military administration pending an international decision on its fate. Of course, the BMA meant the British reneged on their promise of independence to Eritreans. There had been many Eritrean soldiers in the Italian colonial army. Britain promised them independence if they would help the British forces, led by Lt. Gen. William Platt, defeat the Italians. Many Eritreans deserted the Italian army, commanded by Lt. Gen. Luigi Frusci, thus helping ensure a quick British victory. Afterwards, however, instead of independence, Eritreans were met with the BMA. What’s more, the British not only destroyed Eritrea’s industry and infrastructure, they attempted to sow local division and discord, so that Britain’s recommendations to the international community about Eritrea’s sovereignty would be accepted.

Eventually, after a lengthy international process, on 2 December 1950, United Nations (UN) Resolution 390 (V), passed by the UN General Assembly, extinguished Eritreans’ hopes and aspirations for independence, federating Eritrea with Ethiopia as “an autonomous unit … under the sovereignty of the Ethiopian Crown.” The resolution was sponsored by the United States (US) which, within the context of the emerging Cold War, determined its geostrategic interests could be better served by federating Eritrea with Ethiopia, its close ally and key partner “in the fight against the Soviet-led spread of Communism in Africa.” In a September 1952 speech to the UNSC shortly before the resolution was to come into effect, John Foster Dulles, then US Secretary of State, delivered the words that Eritreans, even generations later, would never forget,

“From the point of justice, the opinions of the Eritrean people
must receive consideration. Nevertheless, the strategic interest
of the United States in the Red Sea basin and considerations
of security and world peace make it necessary that the country
be linked with our ally, Ethiopia.”

Days after the UN resolution was passed, Haile Selassie, the Ethiopian Emperor, declared a national holiday to celebrate the “restoration” of Eritrea to Ethiopia. During a large celebratory luncheon, attended by the US Ambassador to Ethiopia, the Emperor thanked him and it was gratefully acknowledged that the UN decision was “mainly due to the US.” In return for helping ensure Ethiopia’s access to the sea, the US secured important military interests. On 22 May 1953, Ethiopia and the US signed an agreement in Washington officially granting the US the right to establish military facilities in Eritrea. The most notable of these was a communications base at Kagnew station in Asmara. A vital US intelligence link and housing thousands of Americans, Kagnew was the largest overseas spy facility in the world at the time.

The agreement was followed by subsequent treaties, including a mutual defense pact.

Although the Eritrean people’s right to self-determination was denied, contrary to principles recognized by the UN and unlike the other Italian colonies that received independence at the end of World War II (i.e., Libya and Somalia), Eritreans were relieved their country was not dismembered and they generally sought to make the best of the federal structure. The terms of the international resolution meant that Eritrea was to possess legislative, executive, and judicial powers in domestic affairs, while the jurisdiction of Ethiopia was to extend to defense, foreign affairs, and international trade. However, the Emperor viewed the federal structure with contempt and quickly began to disassemble it.

On 30 September 1952, only nineteen days after the federal arrangement was officially ratified by the Emperor, the imperial regime committed its first violation through Proclamation 130, which made the Ethiopian Supreme Court Eritrea’s final court of appeals, bypassing Eritrean laws. Eventually, the entire Eritrean constitution would be replaced, while the Eritrean flag was replaced by Ethiopia’s. Eritreans were also banned from speaking their own languages, with Ethiopia’s Amharic being made the official language. Press freedoms were abolished, Eritreans were forced to dissolve their political parties and trade unions, and whole industries were relocated from Asmara to Addis Ababa.

Eritreans were also subjected to state repression, violence, and persecution, while all forms of civil disobedience, opposition, dissent, and resistance, which had largely been peaceful and involved broad segments of the Eritrean population, were forcefully crushed. Assassination attempts against nationalists became routine. In 1957 and 1962, students organized mass demonstrations, while in 1958 a four-day national general strike was conducted by underground trade unions, paralyzing the country.

Ethiopian troops beat and shot the unarmed, peaceful protestors, killing and wounding many. Although Eritreans had been guaranteed a review of their case if Ethiopia violated the resolution, and despite the fact that Eritrean political leaders, on numerous occasions, appealed and petitioned to the UN in protest of Ethiopia’s steady dismantling of the federal arrangement, the UN and the international community remained silent.

Finally, in November 1962, the imperial regime dissolved the Eritrean parliament under force of arms and annexed Eritrea, proclaiming it as the empire’s fourteenth province. Again, the UN and international community voiced no objections to this flagrant breach of international law. Nevertheless, the move by Ethiopia only inspired greater nationalism among Eritreans and served to give further impetus to Eritrea’s nascent armed struggle for independence, which had emerged the year before.

In a passage within his 1960 book, Eritrea: A Colony in Transition, 1941-1952, G.K.N. Trevaskis, who served as a political secretary in Eritrea during the BMA, advised Ethiopia against the abrogation of the federation, warning that maintaining the federal arrangement in accordance with UN Resolution 390A(V) would be in the best interest of Ethiopia and Eritrea. Yet he ultimately recognized that Ethiopia’s “temptation to subject Eritrea firmly under her own control will always be great. Should she try to do so, she will risk Eritrean discontent and eventual revolt, which, with foreign sympathy and support, might well disrupt both Eritrea and Ethiopia herself” (Trevaskis 1960: 171). These words would prove to be prescient.

Initially, the US provided Ethiopia with considerable economic, diplomatic, and military support – unmatched on the continent. Washington even made Ethiopia the first country in sub-Saharan Africa to possess supersonic jet fighters. Several thousand Ethiopians were trained in the US, while several hundred American advisers were planted in Addis Ababa, with US Special Forces units and other military personnel sent to Ethiopia to train local forces in counterinsurgency. American support to Ethiopia was augmented by considerable military and technical assistance from a number of other countries.

Although American (and other countries’) support helped Ethiopia establish a large, modern army, the imperial regime was unable to contain Eritrea’s liberation movement, which had grown from a small group of “bandits” into a disciplined, formidable, and highly effective military force. By 1973, the Ethiopian regime’s failure to adequately respond to a famine in the north of the country, in combination with heavy pressure from Eritrean liberation forces (as well as a rebellion in the Ogaden region) led to a military revolt. In September 1974, after months of popular agitation and growing dissatisfaction with the imperial regime, a committee of military officers, the Derg, overthrew the eighty-two-year old Emperor. Soon after, the Marxist- Leninist Derg regime, led by Lt. Colonel Mengistu Haile Mariam, ousted the US from the country and realigned Ethiopia with the Union of Soviet Socialist Republics (USSR). For the Ethiopian government and military, the USSR was to provide a critical lifeline. (Despite Ethiopia shifting allegiance in the Cold War, it continued to receive considerable aid from the West for many years.)

By late 1977, Eritrean independence forces had liberated nearly the entire countryside, while they also controlled all the major towns in the country, except for the port of Massawa and Asmara. At the same time, Ethiopia’s military was being stretched on another front by the outbreak of war with Somalia.

However, the 1977/78 Soviet intervention on the behalf of the beleaguered Ethiopian army dramatically shifted the existing military balance of power in the Horn and completely reversed Eritrean (and Somali) progress. The USSR dispatched many military and political advisors to Ethiopia, and also provided billions of dollars in new military hardware. Additionally, thousands of Soviet, Cuban, and South Yemeni frontline troops, advisers, and technicians were dispatched to the Ogaden. This helped Ethiopia to emerge victorious in the war with Somalia.  It also allowed it to shift its military focus more directly on Eritrea.

From the cusp of victory, the Eritrean People’s Liberation Front (EPLF) withdrew to its base in Nakfa, “the place of resilience” and capital of the harsh, rugged, mountainous Sahel province. The war subsequently developed into a protracted stalemate, featuring a number of large, epic battles and the Eritreans repulsing a series of major Soviet-supported Ethiopian offensives. By the late 1980s, the trajectory of the war shifted once again as the EPLF began to regain the offensive and make significant advances. The Ethiopian army was routed in Afabet in 1988 and the key coastal city of Massawa in 1990, before finally being defeated near Asmara and in Assab in May 1991.

After its victory over Africa’s largest, best-equipped army, the Eritrean People’s Liberation Front began preparations for a referendum to allow Eritreans to determine their future. Two years later, in 1993, Eritrea was formally welcomed into the international community of nations after a referendum in which Eritreans overwhelmingly voted for independence. Having demonstrated tremendous resilience in the face of the greatest adversity, Eritreans were finally free.