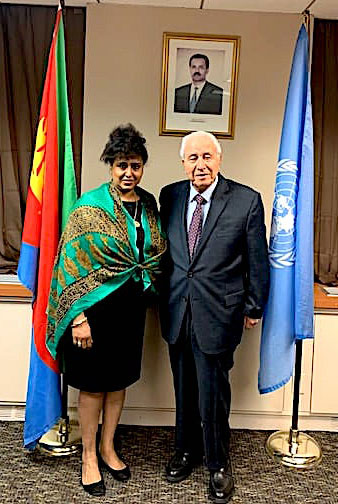 At the event, Mr. Osman Saleh, Minister of Foreign Affairs gave keynote address to the participants from Asmara on the current situation of the COVID-19 pandemic in Eritrea.

In his address, Foreign Minister Osman Saleh said that as a result of the strict guidelines and regulations issued by the Eritrean Government and the conscious participation and implementation of the Eritrean people it was able to control the spread COVID-19 pandemic with few instances of infections and death. 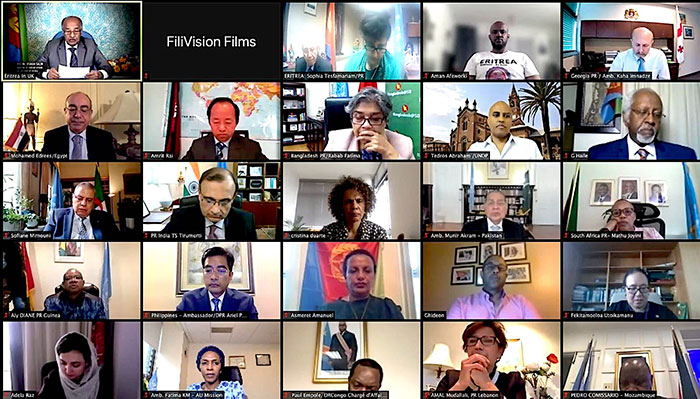 On the occasion, a short documentary film depicting the rich heritage of Eritrea and the struggle for independence and safeguarding national sovereignty was presented to the participants.

The Ambassadors of various countries that took part in the event expressed admiration for the perseverance, patriotism, and commitment demonstrated by the Eritrean people and wished good health to President Isaias Afwerki and peace and prosperity to the Eritrean people.