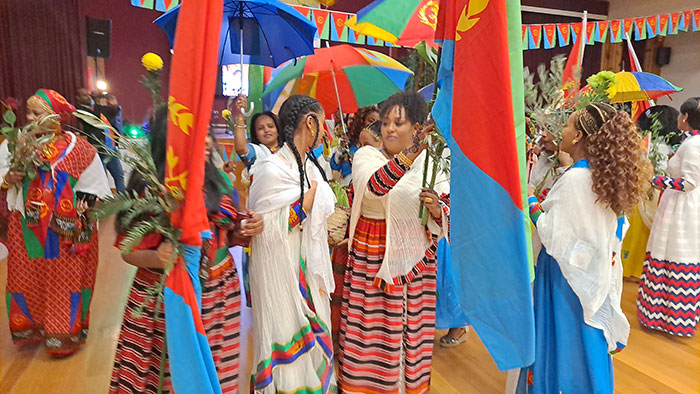 Asmara, 29 May 2021- Eritrean nationals in Australia and France celebrated the 30th Independence Day anniversary with patriotic zeal under the theme “Resilient-As Ever”.

The celebratory event the nationals conducted in the Australian cities of Melbourne and Perth was highlighted with various programs including speeches by friends of Eritrea, narration by youth that participated in the war to safeguard the national sovereignty, as well as cultural and artistic performances among others.

Explaining on the heroic feat the Eritrean people demonstrated in the liberation struggle and safeguarding the national sovereignty, Mr. Mehari Tekeste, General Consul of Eritrea in Australia, said that the colorful Independence Day celebrations attest to the unity and love of the country of the Eritrean people.

Mr. Kidane Ginbot, chairman of the Holidays Organizing Committee, on his part, indicated that the Eritrean people emerged victorious against all external hostilities and conspiracies and called for reinforced participation and contribution in the implementation of the national development programs.