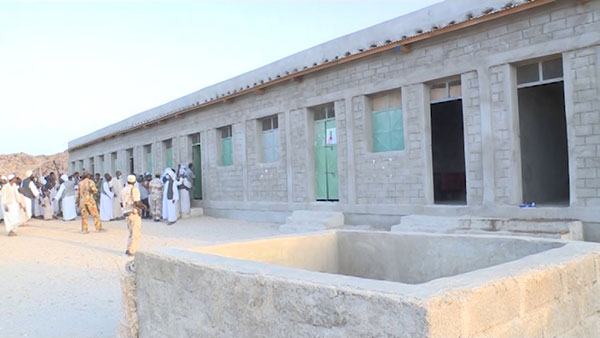 Barentu, 02 June 2021- New schools in the administrative areas of Agmait and Akaide, Kerkebet sub-zone, constructed in cooperation with the office of Construction Development in Gash Barka region, the Ministry of Education, Border Patrol Units as well as the public have been inaugurated on 27 May.

The inauguration ceremony of the schools was conducted in the presence of Ambassador Mohammed Ali Hiruy, Governor of the region, Col. Yonas Bitsuamlak, Commander of North-West Command and Border Patrol as well as other officials in the region. 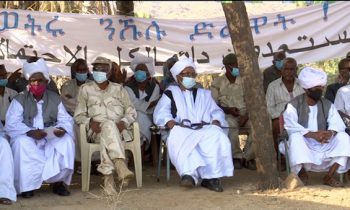 Pointing out that the construction of the new schools attests to the attention the Government is giving to remote areas, Sheik Omar Mohammed-Tahir, a village elder in Agmait, said that signals the bright future of the area.

Ambassador Mohammed Ali Hiruy on his part said that developmental activities being conducted in Agmait attest to the progress being made in terms of ensuring social justice and called on the residents to take advantage of the opportunity provided and send their children to school.

At the event, prizes were handed over to outstanding students by the Ministry of Labor and Social Welfare branch in the region.

Meeting on implementation of development programs