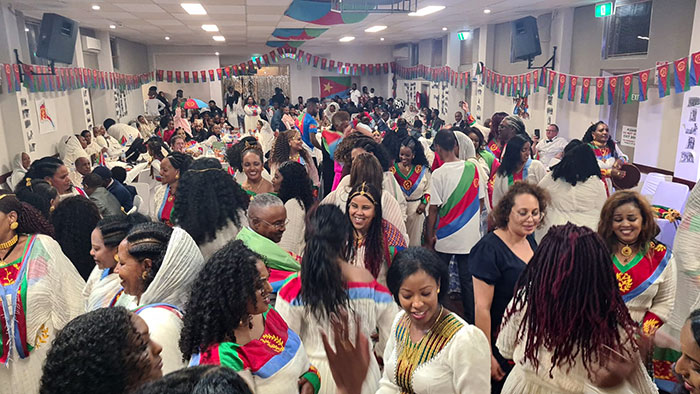 Asmara, 03 June 2021- Eritrean nationals residing in the cities of Oakland, Wellington and Christchurch, New Zealand and in Sydney, Australia, celebrated the 30th Independence Day anniversary with patriotic zeal under the theme “Resilient-As Ever”.

The celebratory event conducted in Oakland in which members of various community and public organizations took part featured messages of congratulations, seminars, speeches, as well as sports and cultural programs.

In his virtual message the General Consul of Eritrea, Mr. Mehari Tekeste indicating that the Eritrean people paid heavy human and material sacrifice to realize its independence called on the citizens to strengthen organizational capacity and play due part in this new era in the implementation of the charted out national development programs.
At a ceremony conducted in Sydney, Mr. Samson Emanuel, chairman of the Eritrean community, and the chairperson of the National Union of Eritrean Women branch delivered speeches focusing on the deep meaning of the day while representatives of various neighboring countries and the Mayor of Sydney delivered messages of congratulations.