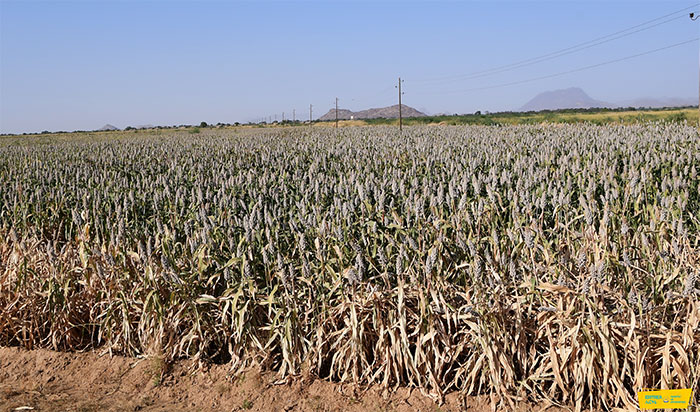 Eritrea’s Crops and Livestock Corporation (ECLC) carries out vast agricultural activates across the country. Similar to the other farm areas such as Gherset, Fanko Rawi, Fanko Tsumue, Keteay and Katchero, the Corporation carries out a wide range of agricultural activities including livestock development, fruits and vegetable farming and crops cultivation in Aligider, a very fertile farm area in Gash-Barka region. Most of the crops cultivation activities in the area rely on seasonal rain, while water streams from the highlands are judiciously utilized in the cultivation of cereals and cash-crops. Besides, the fruit and vegetable plantations are mostly supported by advanced irrigation systems.

The ECLC provides opportunities and supports the residents of Tesenai sub-zone and other areas of the Gash-Barka region to encourage them engage in irrigation based farm activities. The ECLC activities include technical and machinery assistance in addition to provision of improved seeds and pesticides to the farmers.

The ECLC farm projects mainly focus on plantation of onions, tomatoes, pepper, and pumpkin, while teff, sesame and various other improved sorghum seeds have been cultivated in the vast agricultural plains of this fertile farm zone. In the case of fruit plantation, a wide range of orange, mango and lemon farms have been developed and all the agricultural harvest has been distributed to local markets at fair prices.

Aligidir Farm raises Halfa and Holstein cow species and the dairy products have been distributed to local markets. In addition to the supply of milk products, the farm has also been providing meat to various boarding educational institutions. The Aligidir project is divided in to different sections known as “Cambo”- since the Italian colonial period. “Cambo Oto”, which means eighth camp, for instance, is currently cultivated with select varieties of orange, lemon, mango and papaya trees.

Generally, Aligidir farm has been creating employment opportunity for the residents of Tesenai sub-zone and other neighboring administrative areas. According to Mr. Dawit Gebreab, Manager of Aligidir Farm, the ECLC levels the farm lands, excavates water diversion canals, distributes improved seeds and allocates land plots to farmers. With such support, the farmers are now able to harvest from 40 to 60 quintals of cereal crops per hectare.

There are times where the farmers cultivate their farmlands relaying on seasonal rain, which sometimes could be delayed or become a dry season due to environmental causes. In such cases, seasonal water streams from the Gash River are diverted to be utilized for the cultivation of vast farmlands. The ECLC supports the farmers in every farm activity and thus the farmers harvest abundant agricultural produce.

Apart from the fruit and vegetable farming, crops and green animal feed has also been cultivated in the Aligidir farm and distributed to different livestock development projects being run by the ECLC. The supply of these green animal feed has been making a difference in augmenting milk production of the dairy cows.

As regards to the current human resource capacity in the project, Mr. Dawit noted that around 200 degree, diploma and certificate graduates of different disciplines have been making due contribution in all farm activities. Graduates in Plant Science, Agronomy and Horticulture, for instance, have been working in crops, vegetables and fruits protection, providing technical assistance and making supervision in farms of the Cooperation and individual farmers. They also make sure that the plantations are in good condition and free of pests. The technical assistance includes seed selection, assisting the farmers to increase their know-how in identifying favorable season and viable setting for the cultivation of the select seed as well as on judicious utilization of water.

Animal Science graduates have also been engaged in providing regular veterinary services in the Aligidir farm and private farm projects in the sub-zone and other districts of the region. The veterinary services that have been offered are free of charge to all farmers and pastoralists in the region. Agricultural engineers on their part have been toiling hard in leveling of farmlands, protecting the farmland from being swamped by water streams from the diversion canals and maintain irrigation materials.

There are plans to further expand the farm areas in Aligidir and the ECLC has been working to ensure that the cultivation of fruits, vegetables and crops will have remarkable impact in meeting local demands in all seasons. Efforts have also been made to preserve the indigenous sheep and cattle species, while artificial insemination activates have been intensified on the imported dairy cows in a bid to develop and make a difference in the provision of meat and dairy products. Above all, the major plan is to irrigate additional 500 hectares making use of the abundant water resources so far impounded in Aligidir Dam.

The sustainability of Aligidir farm is very viable; fertility of farmlands and water resources make it a promising area in carrying out any sort of agricultural activities. Pilot projects on potato and teff have shown remarkable outcome and hence, the ECLC has been working hard to expand the cultivation of such produces and in convincing farmers engage in such activities. Agronomists, horticulture and generally plant science and animal science graduates we met at the farm projects expressed their willingness to make their input in the development of the farm activities being carried out in Aligidir with the knowledge and experience they have so far acquired.

According to Mr. Dawit, Aligidir farm project is very promising. The farmers are keen to expanding their agricultural activities in this area owing to the availability of abundant seasonal water streams from the highlands. In times of scarcity of rainfall, the farmers make use of diverted water streams and such an option boosts their confidence in cultivating more and more hectares every year. 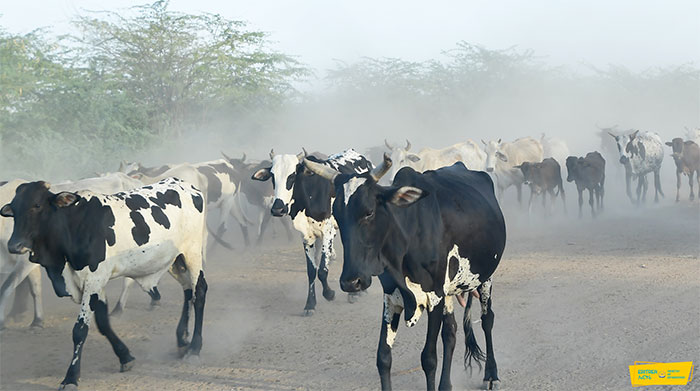 The Government also provides support of tractors at a fair price of 300 Nakfa per hour while private tractors do the same job at 1000 Nakfa. With the provision of tractors, summed up with technical assistance of experts and provision of pesticides as well as the availability of sustainable water resource, the farms have managed to harvest 60 quintals of crop per hectare. Provision of veterinary service has also been contributing in augmenting the number of livestock in the Tesenei sub-zone and in Gash-Barka region in general.

Aligidir was a renowned agricultural area since the Italian colonial era and with the efforts that have been made over the past independence years, the farm zone has been reinstated and further boosted its potential to become an agro-industrial hub of the country. Fruits, crops and oil seeds, as well as cotton plantations and livestock resources are set to be harvested in abundance both for domestic use and for export.