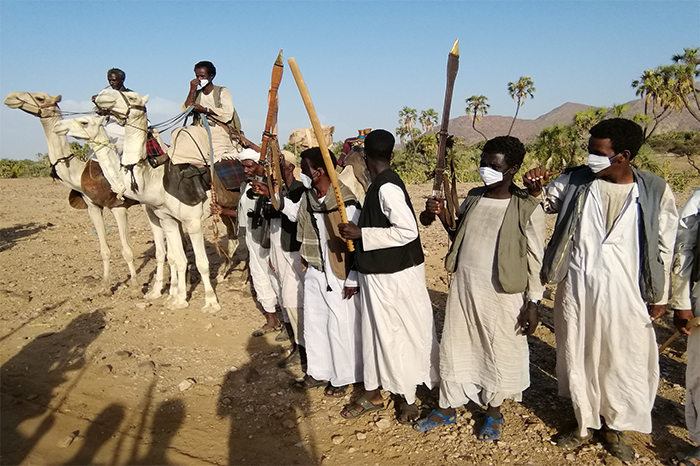 Two weeks ago, several new schools in the administrative areas of Agmait and Akaide, both located within Kerkebet sub-zone, were inaugurated. During the colorful opening ceremonies, which were conducted in the presence of various public officials, community and religious elders, and some members of the local public, brief tours of the newly-constructed buildings and campus grounds were provided, several speeches were delivered, and prizes were awarded to outstanding students by the Ministry of Labor and Social Welfare branch in the region. The schools were financed and built through a collaborative effort, which included the Office of Construction Development in the Gash Barka region, the Ministry of Education, Border Patrol Units, and various local communities.

Personally, as an Eritrean and an educator, the news of the recent school openings is extremely exciting and a point of deep happiness. It is also a moment for genuine appreciation, gratitude, and pride, particularly in recognition of the tremendous efforts and sacrifices of so many people who have worked tirelessly to plan, organize, finance, and construct the schools. However, in addition to being positive and encouraging feel-good story, the news of the recent school openings in Agmait and Akaide raises several important points worthy of further consideration.

One is the general importance of education and the fact that tremendous benefits stand to be gained by improving and expanding educational opportunities. The late South African President Nelson Mandela, undoubtedly one of the greatest leaders of our time and recognized by the United Nations (UN) as a global champion of peace, reconciliation, and understanding, is purported to have once said, “Education is the most powerful weapon which you can use to change the world.” Many centuries prior to the great African statesman, the ancient philosopher Plato, expressing the importance of education and learning, wrote, “If a man neglects education, he walks lame to the end of his life.”

As demonstrated by a large body of empirical work from various settings around the world, education and improved literacy are significant drivers of sustained economic growth and increased incomes. (For instance, studies have shown how another year of schooling raises earnings by 10 percent a year.) As well, education and literacy are fundamental in helping to promote sustainable development and reduce inequality, ultimately empowering people, enabling them to participate fully in society, and contributing to tangible improvements in livelihoods. Notably, as a strong testament to their truly transformational impact, expanding educational opportunities and raising literacy represent key and integral parts of the African Union’s Agenda 2063 and the UN’s 2030 Agenda for Sustainable Development. (For example, UN Sustainable Development Goal 4 [SDG 4] is the education goal and has a total of 10 individual targets.)

Within this context, the recent school openings and expanded educational opportunities in Agmait and Akaide are significant and noteworthy for the potentially transformational impact and positive role that they can have on the local youth and the general communities.

Another important dimension of the story of the recent school openings is how it serves as a strong and useful reminder that education is a fundamental human right, recognized and affirmed as such within a large number of international and regional rights conventions and documents. These include, for instance, the Universal Declaration of Human Rights (adopted 1948, Article 26), the International Covenant on Economic, Social and Cultural Rights (1966, Article 13), and the Convention on the Rights of the Child (1989, Article 28). What is more, of course, is that in addition to being a basic, stand-alone human right, education is also a powerful mechanism in the realization and exercise of an array of other human rights. (For instance, education and literacy can help in the fulfillment of the rights to employment, housing, freedom from hunger, an adequate standard of living, among others.)

As a final point, the recent school openings also serve as a clear illustration and powerful embodiment of the concept of social justice. According to the UN, “social justice may be broadly understood as the fair and compassionate distribution of the fruits of economic growth.” The concept of social justice has significantly grown and expanded over the decades. It is now common to hear reference to it in discussions about gender, race, education, health, the economy, and the environment. In Eritrea, social justice has long been one of the country’s main basic goals and is outlined within the National Charter (February 1994), which declares the aim, “Equitable distribution of wealth, services and opportunities, and special attention to be paid to the most disadvantaged sections of society.” 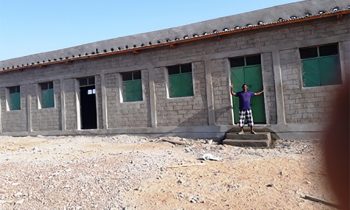 In terms of the recent school openings, one can quickly and quite clearly recognize the concept of social justice and the strong commitment to the less advantaged or most marginalized. It is apparent, for instance, in how the geographic locations in which the schools are opening are rural, as well as the fact that the majority of those who will benefit from the educational services include girls, nomadic populations, and hard-to-reach groups. Recall that around the world, rural areas and remote, hard-to-reach populations frequently have worse social-, economic-, education-, and health-related outcomes and are frequently underserved, overlooked, and undervalued. Unfortunately, they remain almost forgotten and basically an afterthought.

Moreover, social justice is also reflected in the fact that the recently opened schools will offer lessons to students in accordance with the country’s mother tongue policy, which sees education made available in the various languages used across Eritrea. Accordingly, this will help to allow the local communities to preserve their rich heritage and culture, and also means more equitable access for all ethnolinguistic groups and improved enrolment, retention, and comprehension. Ultimately, these schools and policies will help to ensure that more children, irrespective of background, distinction, or status, have the opportunity to enroll in education, become literate, maximize their potential, and transform their lives.