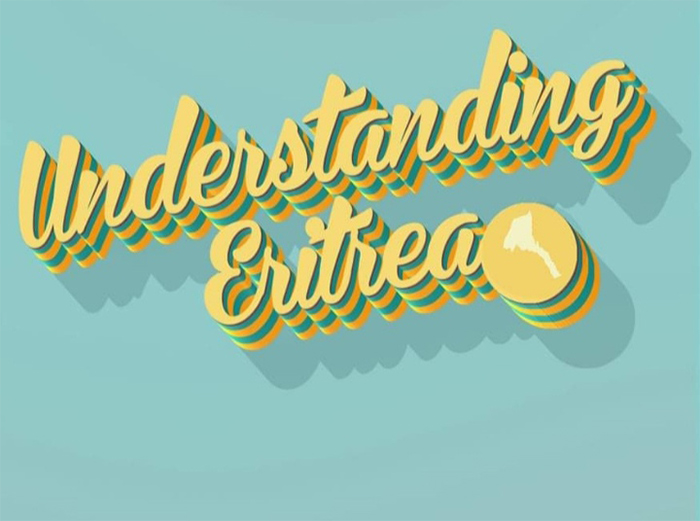 On the cover page of its 17th edition, the Defense Ministry’s magazine quoted President Isaias Afwerki as saying: “There are two things we need to achieve through hard work … we need to create wealth and distribute wealth.” The development pilot projects at Logo and Misilam dams, like other development projects nationwide, are good illustrations of how Eritreans intend to create and distribute wealth. Definitely

Many dams have been built over the years in the country to serve as hubs of social transformation. As we have seen in previous editions of #UnderstandingEritrea, the construction of Logo and Misilam dams has resulted in the empowerment of communities who live in villages around the dams. The communities now have access to potable water and have made a transition from traditional to modern farming and animal breeding, all of which have raised their standards of living. 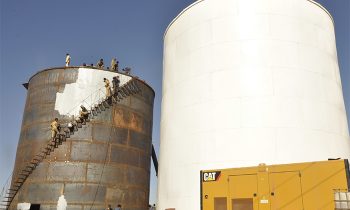 “Creating and distributing wealth” is the mantra guiding the future development path of the nation. But who generates the wealth? The youth, of course! The Government of Eritrea’s scheme of national development heavily relies on its human resource, and the overwhelming majority of the Eritrean population is made up of the youth. With access to free education from primary school all the way to higher education, it is not difficult to imagine the prospects of Eritrea as a nation that is endowed with a lot of educated and skilled youth, who work in a variety of capacities as prime movers of change. During our visit to the Logo and Misilam development projects, we saw firsthand young college graduates and trainees on-site engage in activities that contribute to the social transformation of Eritrea.

For example, the Logo Dam plant has five metal workshops that cater to the construction and assembly of water tanks nationwide. Each unit, composed of hundreds of welders, covers specific geographic areas, allowing the four units to deploy their workforce to different locations simultaneously. 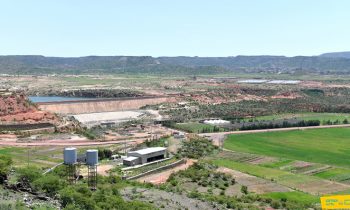 Mr. Semere Tareke, the supervisor whom we met in Metal Workshop 1, said the unit was formed in March 2015 with 80 students from the 27th round in Sawa, who were given intensive vocational training in metal works. Since then the unit has been recruiting every year graduates from the vocational school in Sawa. They leave their trademark in the work they have done even far from the Logo Dam area where they began as amateurs before they became skilled professionals who contribute immensely to Eritrea’s national development.

Mr. Semere told us that some members of the unit who had been his students at the project have become trainers while others have become experts in making and installing water tanks in other parts of the country. He says that he is gratified to see his former students leave the unit after having learned important skills. He expressed his appreciation for their enthusiasm and endurance working in the open air under a scorching sun. 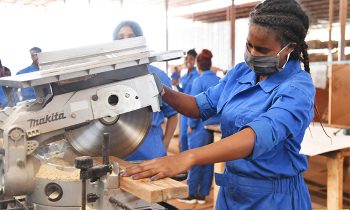 Mr. Semere is currently supervising the training and performance of 180 students who joined his unit not long ago. So far his unit has overseen the development of 600 young Eritreans who engage in metal works. They all learned while being extremely productive. In fact, works related to water distribution operated by the youth from Metal Workshop 1 have been deployed from Adi Halo to Adi Ke, Gherghera, Laguyen, Aitiabir, and others. In Asmara, their water tanks can be seen at the hills in Arbaete Asmara and Mai Chehot. The youth from Metal Workshop 1 has also worked at infrastructures for water distribution systems in the Northern and Southern Red Sea regions, including Gahtelay, Massawa, Assab, Wia, and Laite.

The workshop at Metal Workshop 5 is slightly different from the other four as it includes wood, plastic, and designing works. It is the most recent establishment in the Logo project and has 556 students and college graduates, equipped with the latest technologies. 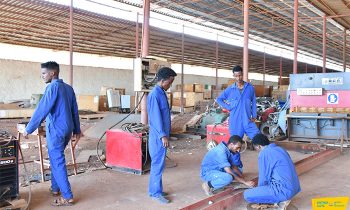 Logo and Misilam projects have become youth training centers and hubs for social transformation. As we’ve seen in previous editions of #Understanding Eritrea, we have witnessed the youth working hard everywhere we went. At the community farms, we met agronomists who assist farmers in making the transition from traditional to small-scale commercial farming, and as part of the awareness-raising campaigns, we have seen college graduates travel village to village to teach the communities public health and modern farming. We have also seen how the youth made solar farms and generate power to be supplied to villages. At Misilam dairy project, we met veterinarians and animal science graduates working hard to multiply imported cattle breed by thousands so that they could be given to farmers all over the country and boost milk production.

Overall, in the journey we made to “understand Eritrea,” we have come to realize that after building dams and collecting water, one of the grand goals of the Eritrean government is empowering the youth by creating opportunities for learning and developing skills to assist the nation reach its development goals that put the peoples’ interest first. Indeed, there is no question that by arming the youth with the needed knowledge and skills Eritrea is poised to multiply its potential to generate and evenly disseminate wealth.