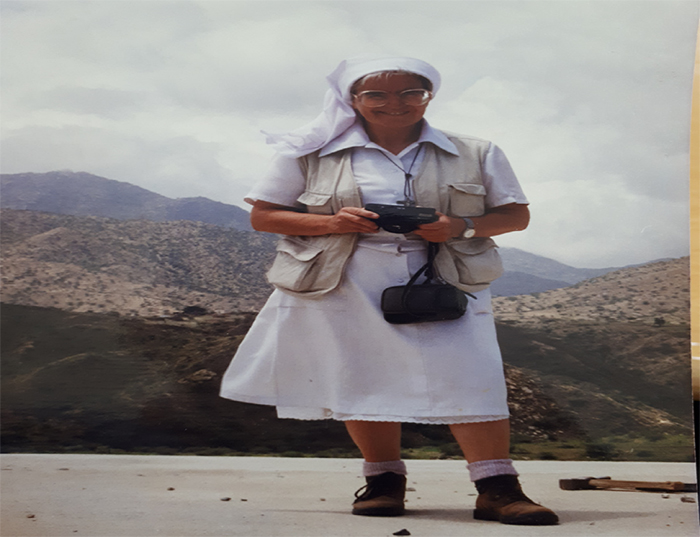 “She gave me the strength and courage to get where I am now.” “She is not a teacher but more like a friend to all of us.” “She is a strong woman but yet sympathetic.” “She has always been by our side, especially during the hard times.” “She is not only a teacher but a demonstrative mother”. “She jokes around but yet leaves you with essential tips for life.” These are some of the words of her former students and colleagues at the University of Asmara. I bet you may be wondering who this person is. Please read on.

My name is Sister Thomas Johnston. I was born in 1938 from a working class family. I have a lot of Irish blood in my veins as my mother’s father and mother were of Irish origin. That way I am catholic. Being a nun was never on my mind as I had the dream of becoming a musi­cian. But God has his own plans. I became a nun after my experi­ence of being a music teacher at the age of 20. Six years later I set my foot in Eritrea which current­ly is the country I’m living in.

I came when I was 26 years old in 1964. Now I’m leaving at the age of 82 in 2021. I have lived all this time, at the time of struggle and hardships, along with the people. I literally tried to live the life of the Eritrean people. So I can’t deny the fact that I’m also Eritrean. I started my career at Asmara University which was a difficult duty for me. The rea­son for that was I was a student myself when I was giving les­sons and teaching the students. But I especially characterize my stay here by the resilience that I found in the people. They passed through difficult times to enjoy their happy lives now. I was in Eritrea when the people were suffering. I’m living proof. I witnessed the good and bad times with the people. This is the special characteristic of the people and I got the opportunity to grab that from them. 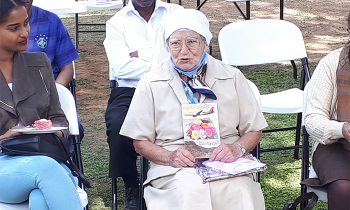 The inauguration of Asmara Uni­versity is one of the happiest mo­ments during my stay here. The other was the first graduation cer­emony, which was held in 1969. However, nothing can be compared to the moments when Er­itrean fighters made their way to Asmara. On May 24, 1991, I was literally rejoicing and dancing with the people as if it was the in­dependence of my own country. That day I felt the freedom and was too happy to handle it. Then I made my presence in the air­port when the first flight attendants started their job in 1993. Another memorable mo­ment was my time with the people of Afabet. You have no idea how beau­tiful my time with them was.

I stayed in Afabet from 1996 till 2012. I really had a good time in Afabet. The people have got a lot of space in my heart indeed. I was so happy among them feel­ing like I’m one of them. They are simple people, in a good way. They are kind and lovable. The unique thing that you can get in every Eritrean is there with them too. I’m Christian while major­ity of the people there are Mus­lim. They warmly allowed me to blend just like any Eritrean and made me part of their society. I consider this a national treasure that you can never find in any other country. That alone was good enough to make me fall for their charms and warmth. Let me tell you this. I once wore a scarf which they call “shash”. That specific shash (white with black stripes) is only worn by men. The women there saw me wear­ing that specific shash and were surprised and told me that it is supposed to be for men. I liked it and tried to explain my self by telling them that I’m also a man because I’m a nun. They simply laughed and allowed me to have it my way because they noticed that I loved that specific scarf. The more I started to spend time with the people the more I fell in love with them.

I have been in Eritrea for the past 56 years. This means I was there when their history was made; so, of course, there were a lot of sad moments that broke my heart and other moments that shocked me. To tell you some, back then my students used to love school and studying. Their ambi­tion for education and knowledge was really incredible, motivating me to teach them more and more. They attended classes regularly and were always busy studying despite the war and chaos that was going around. There was this specific moment that really broke my heart and that was when a stu­dent showed up in my office after class alone. They would come and whisper, “Sister, I’m leaving my bike here in the university” or they would go like this, “Sister, you might not see me tomorrow.” Those moments were very hard to endure. You couldn’t hold back your sadness to see such kids leaving their studies and going to the front for they were too des­perate to bring freedom and live a peaceful life. At moments like that, you really can’t be neutral because you are already attached to them.

It was on February 1, 1975. The previous day we went to Massa­wa as we had some work to do there. It was a one-night trip. We came back with one of the Las­salle brothers. As we entered that around the world, rural areas and remote, hard-to-reach populations frequently have worse social-, economic-, education-, and health-related outcomes and are frequently underserved, overlooked, and undervalued. Unfortunately, they remain almost forgotten and basically an afterthought.

Moreover, social justice is also reflected in the fact that the recently opened schools will offer lessons to students in accordance with the country’s mother tongue policy, which sees education made available in the various languages used across Eritrea. Accordingly, this will help to allow the local communities to preserve their rich heritage and culture, and also means more equitable access for all ethnolinguistic groups and improved enrolment, retention, and comprehension. Ultimately, these schools and policies will help to ensure that more children, irrespective of background, distinction, or status, have the opportunity to enroll in education, become literate, maximize their potential, and transform their lives. 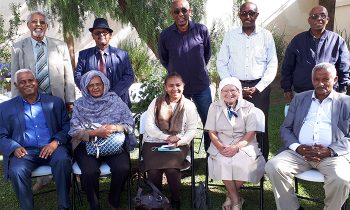 Asmara we heard shooting and he drove me to the university where I used to stay. That night I had already arranged an extra evening class for the students and not more than 15 students were waiting for me in the university while some of them had already left. They waited for me there till I arrived. I couldn’t send them back to their homes as the shooting was overwhelming the city. So, I took out a mat and we all stayed the night in one classroom sleeping on the mat, not knowing the worst was yet to come in the morning. The next morning we woke up and the shooting had already ceased. How­ever, it started again in a frightening way and we could feel that the shooting was getting closer and closer. Suddenly, some soldiers from the enemy [Ethiopian army] came to the classroom with their weapons and all and ordered us to bring the shabia soldiers who were attacking from the roof of the university with a sniper or we take the fall. I then noticed that the university was surrounded by soldiers. We didn’t even know that there were soldiers with snipers right above us. They searched and searched but couldn’t find them. Finally, they let us off the hook in the evening hours. That mo­ment, being surrounded by soldiers with their guns aiming at you, was really terri­fying. It was a bit dangerous for me and I went to Sidamo, an Ethiopian province. But I made my way back to Eritrea after a couple of months. That’s what I learned from Eritreans–resilience. In 1976, we started classes again.

To have lived my life in Eritrea is simply a gift that God himself gave to me. I can’t deny the fact that I’m Scottish but I can’t deny that I am Eritrean, too. I spent many years here. Spending my youth and my lat­er ages with warm people, Eritreans at that is really a big deal for me. Looking at those who once were your students as successful adults and many of them with families also brings me satisfaction. Finally, I am glad I brought joy by taking my life journey with such kind and courteous people. It indeed is making me sad to leave now after spend­ing those beautiful years with the people.