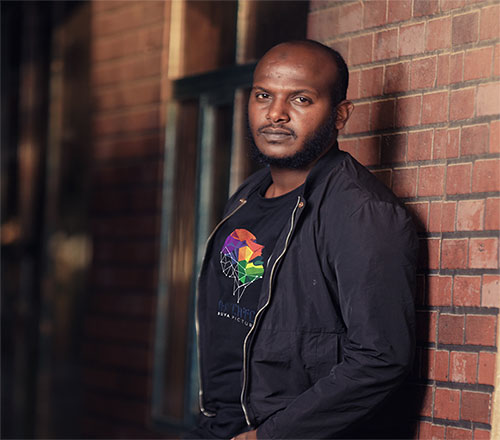 Kemal is a man of great passion and determination. He is the founder of BUYA pictures. People describe him as polite, funny, hardworking, innovator and generous. His contribution to our music and video industry is undeniable, and the fact that he is still young gives a lot people hope in getting so much out of him. His journey was not simple and that made him the best at what he does.

When I was a kid the soccer player Ronaldinho was on the top of his game. I was a huge fan and wanted to be named after him and my wish came true. Now most people think my last name is actually Dino.

Okay! My name is Kemal Abdurahman Ali; I was born in1989 in Asmara. I learned at Finland elementary and junior school, did high school at Semaetat secondary school and then went to Sawa. Now I am working as posters graphic designer, cameraman and animator, but I am mostly music video and movie editor.

When I was a kid I had a passion for games, the way they were created, the color, the movement and the sound fascinated me. Generally, I wanted to produce something as beautiful as I was witnessing and my passion gravitated to editing. Right when I got back from Sawa I decided to study graphic designing and editing. I took different courses at a private school called Advanced.

Honestly, I don’t see them as obstacles or hardships for those situations have helped me to grow in life and my career. To mention some of those situations: when I finished the graphics and editing classes I wanted to work with some of the experienced editors at that time. When no one came I had no choice but to work on my own. Unfortunately, I had no tools to work on my own. I even did not have basic materials such as a computer. So, to be able to buy a desktop computer I worked as a waiter for more than two years, 2009-2011. Working as a waiter has helped me a lot, not just financially but I learned to be polite and socialize with people. Even after I bought the desktop I still faced some challenges as I could not find the right editing software. I was amazed by the meanness of the editors who didn’t want to share their software. They clearly did not believe in the power of the mind; they rather believed in the performance of the software they owned. Actually this situation inspired me to make and share tutorial videos for beginners.

Inspired by the obstacles, in 2014 I produced ten Photoshop tutorial videos in Tigrigna . After a while I added ten more videos. Now I am working on another video tutorial. My plan is to help out beginners although I also consider myself a beginner. I like to share the little I know. 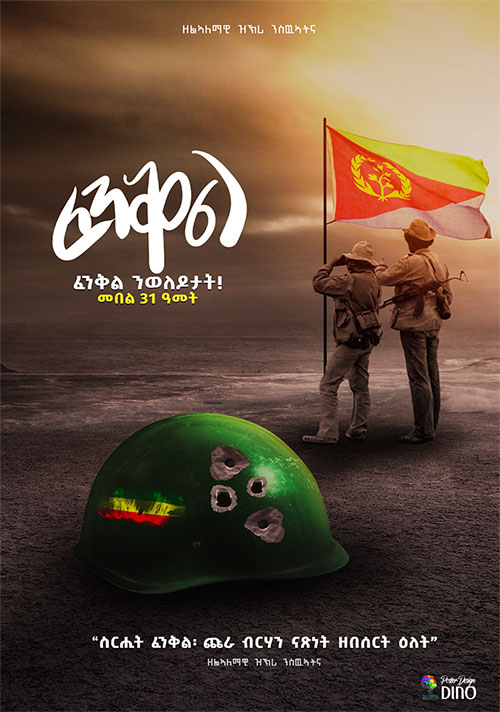 I started working by designing graphic posters for movies. I created almost 150 posters and then moved on to editing music clips and movies. Since 2013 I have edited more than 300 music videos of different ethnic groups and different genres. The ones that made me famous, especially music videos, were: Kandoye, Knerakeb Eina, Coraley and Zeymalsey, by Kaleab Tewldemedhin, and Sefera by Ermias. Also I collaborated with the famous comedian, Yonas Mehireteab (Mainas), to make the nine-part comedy called Wedi Shuke, and short clips on raising awareness against Covid-19.

My future plan is to create artistic works that will be recognized internationally. I want our country to be known at the world stage. I am working on some animation; so far I have made 42 animations, mostly regarding Covid-19, with the Africa Video Production. I am self-taught; so for people who don’t have the facility to learn I want to provide them with animation video tutorial.