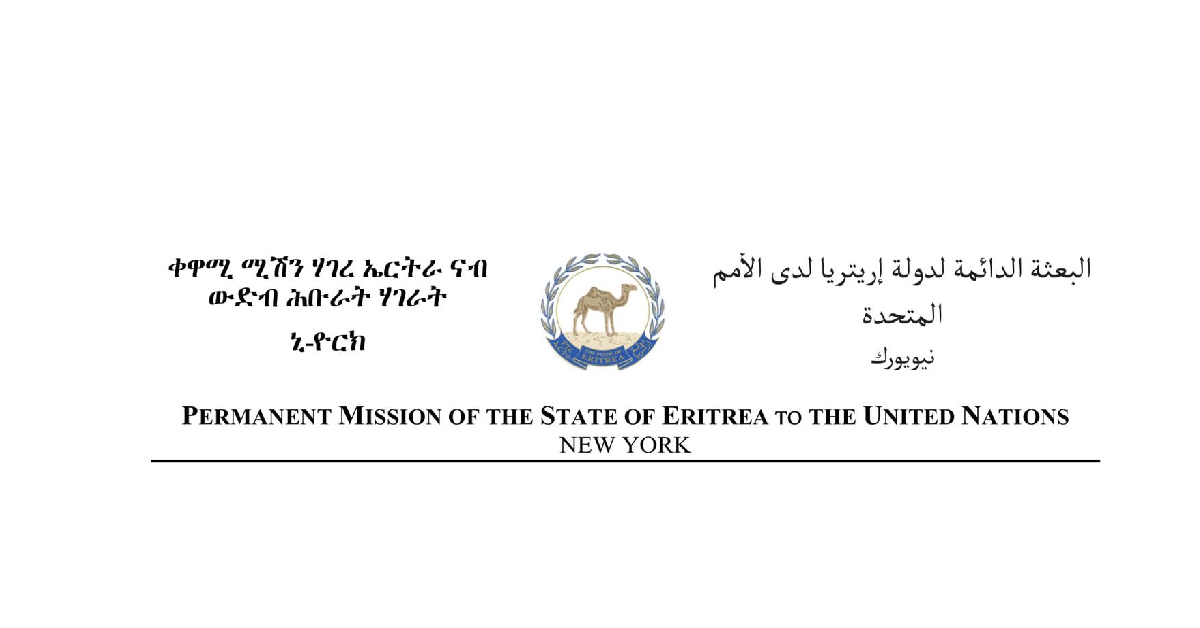 On 15 June 2021, UN Security Council members held an in-person informal interactive dialogue (IID) on the humanitarian situation in the Tigray region of Ethiopia. Under-Secretary-General for Humanitarian Affairs Mark Lowcock and WFP Executive Director David Beasley were invited to brief the members. Representatives of the Ethiopian Government were also invited to participate. Eritrea was not invited, and rightfully so, as this was purely a matter of internal affairs in Ethiopia.

However, the Statements and media accounts of the meeting illustrate that the occasion was used or conceived as another opportunity to rehash unsubstantiated allegations against Eritrea. For the record, the Eritrean Mission to the United Nations wishes to emphasize the following salient points:

“…We are indeed appalled by attempts to blame those who were forced to resort to legitimate measures of self-defence that other countries would have done under similar circumstances.  The allegations of rape and other crimes lodged against Eritrean soldiers is not just outrageous, but also a vicious attack on the culture and history of our people….”

“…Mr. Mark Lowcock, who heads the United Nations Office for the Coordination of Humanitarian Affairs, continues to be deeply embroiled in a subtle political advocacy campaign in support of the defunct TPLF group which is the sole culpable party in unleashing the conflict in the Tigray region of Ethiopia. In this respect and despite claiming to be a humanitarian agency, OCHA has carried out an unprecedented political campaign against Eritrea by advancing distorted information in the international arena…”

In conclusion, Eritrea rejects the relentless and gratuitous campaign of apportioning blame on it in order to downplay the high crimes of the defunct TPLF group. And in these crucial times, stoking further conflict and destabilization through unwarranted interferences and acts of intimidation in violation of international law and the sovereignty of the countries in the region is unacceptable, under any guise.