Turning the Truth on Its Head 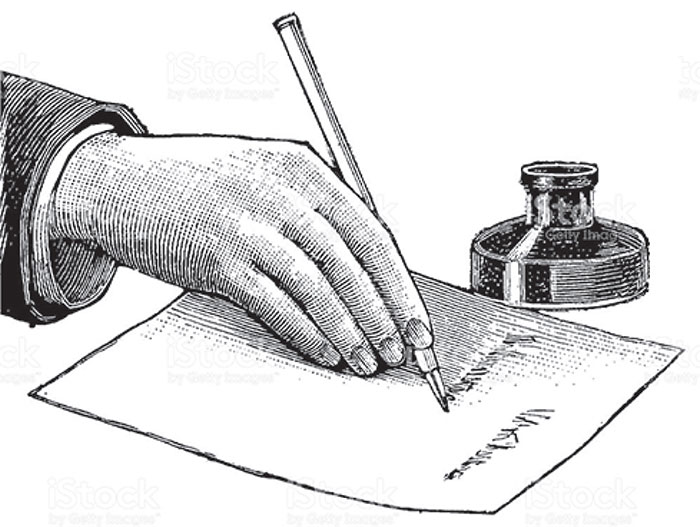 The conflict and prevailing situation in Tigray Region, Ethiopia, has understandably attracted a considerable amount of mainstream media coverage. However, far less understandable – and simply unacceptable – is how the vast majority of that media coverage has been an abject failure, demonstrated by the great amount of disinformation and characterized by shockingly poor reporting that epitomizes many of the absolute worst, most shameful aspects of journalism.

On an almost daily basis, grossly sensationalized headlines and stories based on wild exaggeration, the shaky, unverified claims of unnamed sources, and a tenuous, loose relationship with facts have been published and disseminated. Reality and the truth have often been turned upside down and inside out by journalists, so-called experts, and other members of the commentariat, while anything resembling logic, reason, skepticism, or critical thinking has been discarded, only to be replaced by grave distortion, emotional appeals, and downright falsehoods.

Reasonably, one could expect that with time the intensity of poor coverage and levels of disinformation in the mainstream media would somewhat diminish, if not be dramatically reduced, as more and more of the public becomes wise to the preposterous lies, tires of the frequent errors, expresses its indignation and disapproval, and begins to seek out alternatives. Unfortunately, however, it is the opposite that seems to occur. The purveyors of disinformation and lies have proven to be rather resilient.

In recent days there have been further examples of the media’s major shortcomings with regard to the situation in Tigray Region, Ethiopia. Late last week, the Associated Press (AP) reported that, “The war in Tigray started in November, shortly before the harvest season, as an attempt by Ethiopian Prime Minister Abiy Ahmed to disarm the region’s rebellious leaders.” Earlier, of course, the AP published an article in which it referred to the TPLF attack in Mekelle as merely an “allegation”, while the Washington Post has accused Ethiopia of “occupying” Tigray. Similarly worded phrasing and headlines have also been the norm in articles published by many other mainstream outlets, including, unsurprisingly, AFP, the BBC, and CNN.

These are blatant attempts to rewrite history in real time and blur the actual cause of the conflict in Tigray Region, Ethiopia. Contrary to the revisionist portrayal set by the AP et al., the fundamental fact is that the crisis unfolded solely due to the dangerous acts of military insurrection that the now defunct TPLF group launched on 3 November 2020.

It was after several years of completely rejecting all overtures for peace or constructive dialogue, all the while actively preparing for war and seeking to scuttle the positive developments toward peace and cooperation in the region, that the TPLF launched its massive attack on all contingents of Ethiopia’s Northern Command. Its objectives – which it openly and audaciously boasted of – were to take control of the Northern Command (which possessed 80% of Ethiopia’s entire weaponry) and then march on to Addis Ababa in order to topple the Federal Government. The military scheme, which was endorsed by the TPLF’s Central Committee just prior to its self-described “blitzkrieg”, also included the goal of invading Eritrea to implement “regime change” and incorporate large swathes of sovereign Eritrean territory into Tigray.

Another preposterous allegation that has continued to swirl has been the absurd claim of white phosphorus attacks. It is worth underscoring that to this very moment, not a single shred of actual evidence has been presented, only hyper claims and assertions. Recall, also, that widely shared photos of the alleged attacks were revealed to have been doctored and lifted from conflicts in other parts of the world from years ago. 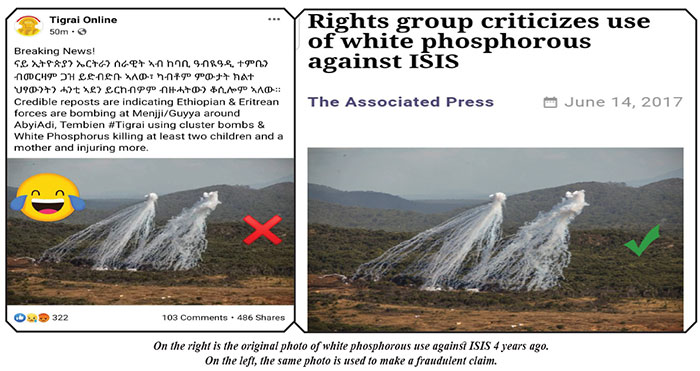 Beyond that, of course, is the basic matter of fact that Eritrea has never developed and does not possess any chemical, or biological weapons or their means of delivery. Additionally, it is a party to the Convention on the Prohibition of the Development, Production, Stockpiling and Use of Chemical Weapons and Their Destruction (1992), and for years has been a member and active participant of the Organization for the Prohibition of Chemical Weapons.

What is more, if anyone would care to pay attention and note, is that these allegations do not align in any way whatsoever with Eritrea’s long-established military doctrine or practices. Even during the height of large and highly destructive military battles, first during its struggle for freedom and then later to protect its sovereignty and basic existence as an independent state, Eritrea never contemplated, let alone resorted to, using white phosphorus or any other biological, chemical, or other prohibited weapons against its enemies. This was despite the tragic fact that its enemies – funded and backed by major world powers – had utilized a range of prohibited weapons and munitions against Eritrean soldiers and civilians, thereby committing an array of atrocities and crimes.

That major media outlets, so-called experts, and members of the commentariat continue to rehash unsubstantiated allegations and repeat the same basic errors, all the while promoting revisionist narratives that omit the fundamental facts and key context that underlie the prevailing situation in Tigray Region, Ethiopia, is shocking and unacceptable, by any standard. It completely overlooks and shields the TPLF’s sole culpability for the crisis, instead attempting to scapegoat others. In the process, it also serves as a sharp, bitter insult to the many, many people in Ethiopia, Eritrea, and the rest of the Horn of Africa who have been victimized by the TPLF, both in recent months and over the past three decades.

Furthermore, this line of reporting and approach to news coverage, basically hinged on distorting the picture, obscures proper understanding of the situation. As a result, any possible steps forward that are discussed or outlined – based as they are on a fundamentally inaccurate, incorrect reading of the situation – will be inherently flawed, if not extremely dangerous.

Eritrean ‘Manjus’-Lioness of the Jungle