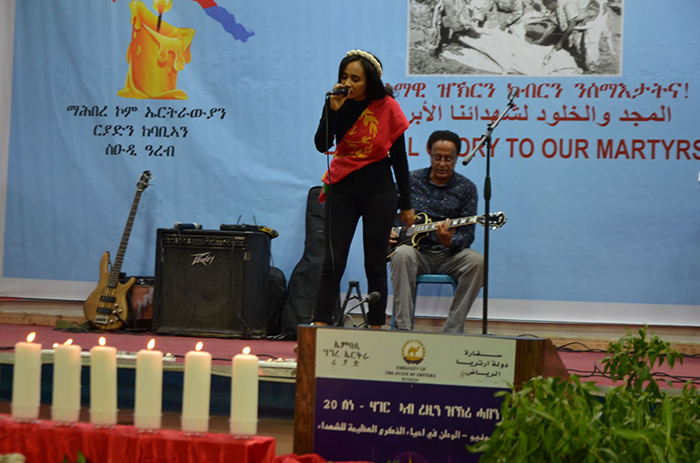 At the event conducted at the Eritrean Embassy in Riyadh with limited participation in which many virtually followed the program, the nationals contributed 137,734 Riyals to augment the Martyrs Trust Fund and assumed to support 24 families of martyrs.

Indicating that since 2003 nationals in Riyadh and its environs have contributed over 9 million Riyals in support of families of martyrs, Ms. Weini Gerezgiher, Charge d’Affairs at the Eritrean Embassy in Saudi Arabia, expressed appreciation for the support the nationals extended. 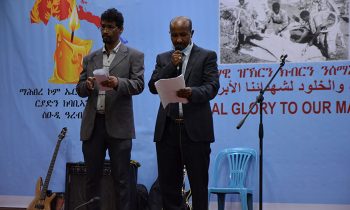 At the event certificate of recognition was handed over to 30 nationals that were supporting up to 8 families of martyrs.

In related news, members of the National Union of Eritrean Women in Dammam contributed 2,760 Riyals in support of families of martyrs.

In the same vein, nationals in Khartoum commemorated 20 June, Martyrs Day at the premises of the Eritrean Embassy in Khartoum featuring various programs depicting the day.

Speaking at the occasion, Mr. Ibrahim Idris, head of Political Affairs at the Embassy, said that Martyrs Day is a day in which nationals renew their pledge to live up to the expectations of the martyrs.

At the event, the nationals contributed over 500 thousand Sudanese Pound and 100 Dollars to augment Martyrs Trust Fund.

Speaking at the event, Mr. Beyene Russom, Eritrean Ambassador in Kenya, indicating the deep meaning of Martyrs Day to the Eritrean people, called for strengthening contribution and participation in the implementation of national development programs.

Speaking at the occasion, Mr. Yohannes Teklemicael, Eritrean Ambassador to South Sudan, said that Martyrs Day is a day in which Eritreans renew their pledge to live up to the expectations of martyrs that have paid their dear lives so that the Eritrean people live in peace and harmony.

The South Sudan Deputy Foreign Minister and International Cooperation, Mr. Deng Dau Deng, who attended the commemoration event expressed appreciation for the respect and honor the Eritrean people have towards their martyrs.

Indicating that the Martyrs Day commemoration event is being held at the time in which the Eritrean people emerged victorious foiling various external conspiracies and hostilities, Mr. Semere Russom, Eritrean Ambassador in Ethiopia, called for reinforced participation in the national affairs.