Q&A with Chinese Ambassador to Eritrea 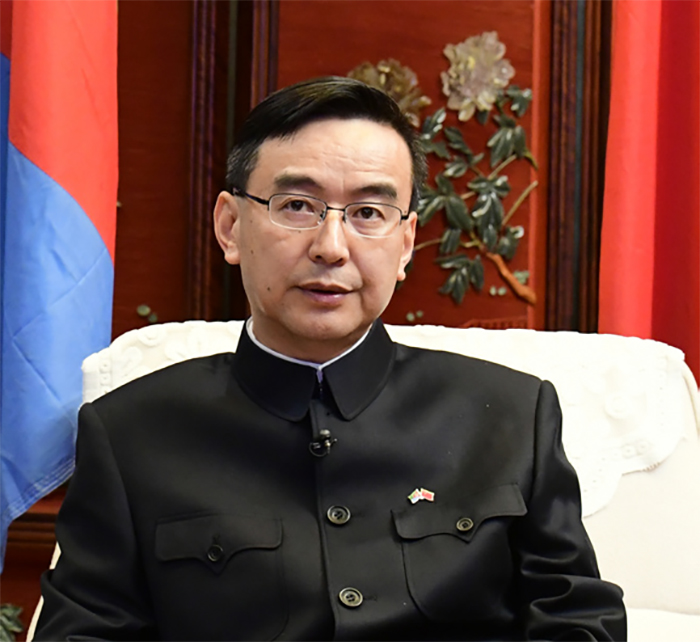 On July one this year, China will commemorate the 100th anniversary of the Communist Party of China. On this occasion, our Q&A column had the honor of interviewing the Ambassador of the Peoples’ Republic of China to Eritrea, H.E. Cai Ge.

China has always been a builder of world peace, a contributor to global development, and a defender of international order. China is the second-largest fund contributor to the UN peacekeeping operations and has the largest number of peacekeepers among the permanent members of the UN Security Council. Over the years, China, with 30% contribution to global economic growth, has become the main engine for world economic growth and has brought unprecedented opportunities to world development. Since the outbreak of Covid-19, China is the first major economy to achieve growth. It is predicted that China’s economic growth will reach 8.3% this year. This is an important contribution to promoting the rapid recovery of the world economy.

With more than 800 million people lifted out of poverty, China has achieved the poverty alleviation goal of the 2030 Agenda for Sustainable Development 10 years ahead of schedule, contributing more than 70% to the world’s poverty reduction. China has established and improved the world’s largest education, social security, and medical system, which can be called a great human rights project and the best human rights practice. China has made important contributions to the cause of human rights in the world.

In terms of addressing climate change, China has also actively fulfilled its commitments, China’s carbon emission intensity per unit GDP in 2018 decreased by 45.8% compared with that in 2005. President Xi Jinping announced last year that China will strive to achieve a carbon peak by 2030 and achieve carbon neutrality by 2060.

Q: On the occasion of the 100th anniversary, what development programs have the Communist Party of China charted out?

The second Centenary Goal will be achieved by 2049, the year of the 100th anniversary of the founding of the People’s Republic of China and it will be realized in two steps: by the year 2035, basically realizing socialist modernization; from the year 2035 to the middle of 21st century, to build China into a prosperous, strong, democratic, culturally advanced, harmonious and beautiful socialist modern country. At that time, China’s material civilization, political civilization, spiritual civilization, social civilization, and ecological civilization will be comprehensively improved. China will become a leading country in terms of comprehensive national strength and international influence. The common prosperity of all people will be basically realized.

The Communist Party of China is fully confident and capable of uniting and leading the Chinese people to continue to create new development miracles and realize the blueprint for future development. China will create a broader space for all countries in the world to share China’s opportunities, achieve win-win results and common development.

Q.As a major political party that has been thriving for 100 years, what is the key attributes of the Communist Party of China?

A: Over the past 100 years, the Communist Party of China has grown from more than 50 people when it was founded to the world’s largest party with more than 91 million Party members, creating “the greatest political miracle on earth”.

The most important magic weapons are: First, the Communist Party of China adheres to the combination of Marxist theory with the practice of Chinese revolution and construction, finds a path suitable for China’s development. The Chinese people are full of confidence in the path, theoretical system, and culture of socialism with Chinese characteristics.

Third, the Communist Party of China attaches great importance to the party’s self-construction, emphasizing that the party should manage itself and strictly govern itself to ensure the Party’s advanced nature, purity, and combat effectiveness, and consolidate the foundation of the Party’s ruling. 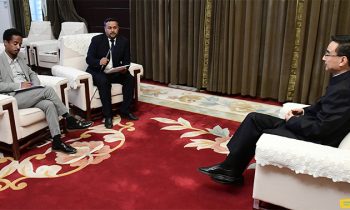 Q: How do you view the world situation today?

A: In nowadays’ world, there is the overlapping impact of major changes and global pandemic unseen in a century. Unilateralism, protectionism, and hegemonism are rampant. Human beings are facing a variety of non-traditional security threats, such as climate change, environmental pollution, and epidemic diseases. International order and world peace are facing severe challenges.

Human beings live on this very earth, no country can face the challenges alone. The only way to deal with global problems is to build a community of shared futures for all mankind. All countries in the world should strengthen unity and cooperation, take the road of peaceful development, jointly promote the construction of a new type of international relations featuring mutual respect, fairness and justice, and win-win cooperation, and build a world of lasting peace, common security, common prosperity, openness, inclusiveness, cleanness, and beauty.

Q: How do you evaluate the importance and key role of the Chinese government in the African continent, especially in the Horn of Africa?

A: China and Africa are good friends, partners, and brothers. Strengthening solidarity and cooperation with African countries is the unchanging priority of China’s diplomacy. China and African countries support each other on issues concerning our respective core interests and major concerns. The cooperative achievements between China and Africa can be seen everywhere in Africa. The Forum on China-Africa Cooperation and the Belt and Road Initiative has made significant contributions to the local development and the improvement of people’s lives. China has built more than 6000 kilometers of railways, 6000 kilometers of roads, nearly 20 ports, and more than 80 large-scale power facilities in Africa. China has assisted in the construction of more than 130 medical facilities, 45 gymnasiums, and more than 170 schools. China has sent 21,000 members of the medical team to 48 African countries and treated about 220 million African patients. China is a constructive participant in African peace and security affairs and has sent the largest number of peacekeepers among the five permanent members of the UN Security Council. We support Africa in its effort to solve African problems independently.

After the outbreak of the pandemic, China and Africa helped each other and united to fight against COVID-19. Not long ago, China and African jointly launched the “Initiative on Partnership for Africa’s Development”. China has never attached political conditions to its corporation or aid to Africa, let alone interfering in Africa’s internal affairs.

China and the countries in the horn of Africa are good friends. China pays close attention to the situation in the horn of Africa and sincerely hopes that lasting peace and stability can be maintained in the region so as to realize regional integration and development. China opposes interfering in regional affairs and other countries’ internal affairs under the excuses of “human rights” and “democracy”. China opposes the implementation of sanctions or the threat of sanctions. China will continue to play a constructive role in promoting peace, stability, and development in the Horn of Africa.

A: China and Eritrea have a profound traditional friendship. This friendship was established in the process of striving for national independence and liberation, national development, and construction. Nowadays, our friendship is even stronger than before. China and Eritrea have always treated each other with respect and equality. We trust each other in politics, support each other on issues concerning our respective core interests and major concerns, and jointly safeguard the interests of both sides and international fairness and justice. The Communist Party of China CPC）and People’s Front for Democracy and Justice（PFDJ) maintain communications and exchanges of experience in governance. The cooperation between our two sides in infrastructure construction, education, agriculture, health care, human resources, mining, and other fields is fruitful. Projects of friendly cooperation between our two sides can be seen in the capital-Asmara and other cities. During the pandemic, bilateral cooperation has not interrupted and moved forward. For example, the Chinese medical team to Eritrea sticks to their posts together with the Eritrean colleagues in hospitals to help treat the patients. The Chinese Embassy in Eritrea holds two online training courses or seminars every month on average.

On the 100th anniversary of the founding of the Communist Party of China, China’s development has entered a new stage. The 30th anniversary of Eritrean independence also ushers in new opportunities for national development. The top leaders of the two Parties have sent congratulatory letters to each other, expressing that they attach great importance to the in-depth development of friendly and cooperative relations between our two countries. Eritrea stressed that infrastructure, energy, transportation, agriculture, health care, and human resources are the key development areas of Eritrea. China has advantages in the above areas. The two sides have obvious complementary advantages and a solid foundation for cooperation. China is willing to expand and deepen mutually beneficial cooperation in accordance with the needs of Eritrea and make due contributions to the development of Eritrea and the improvement of Eritrean living standards. Meanwhile, Forum on China-Africa Cooperation（FOCAC) and The Belt and Road Initiative（B&R） have provided new opportunities for bilateral cooperation. In one word, the prospect of deepening cooperation between China and Eritrea is very broad, which will surely yield more fruitful results and further benefit the two peoples. The Chinese Embassy in Eritrea and I will do our best to promote friendly cooperation between our two countries and deepen the friendship between our two peoples.