“We remember you so esteemed martyrs

Flashing before us are your unforgettable pictures

Their death has emboldened our hearts

Their faith has enriched our minds

Their wisdom has invigorated our souls

Forever glued are they in our thoughts”

June 20 is Mealti Swuat, Yaum-e-Shuhda, Martyrs Day of Eritrea. Eritreans at home and abroad solemnly commemorate their Martyrs Day on 19th June with candle light vigil everywhere they live. Memorial services are held at churches and mosques in memory of the fallen heroes who paid their precious lives in the struggle for independence and to safeguard the national sovereignty. On June 20 every year, Eritreans all over the world organize programs in honor of those who died for the highest national cause. Thousands of men and women from the fighting force of Eritrea sacrificed their lives for the security, safety and glory of the nation.

Martyrs Day is a day we salute the families of martyrs and pay homage to them. This year, the nation salutes its fallen heroes and heroines by following the Covid-19 guidelines. Once the pandemic is behind us we shall gather and commemorate the day at Patriots Cemetery. 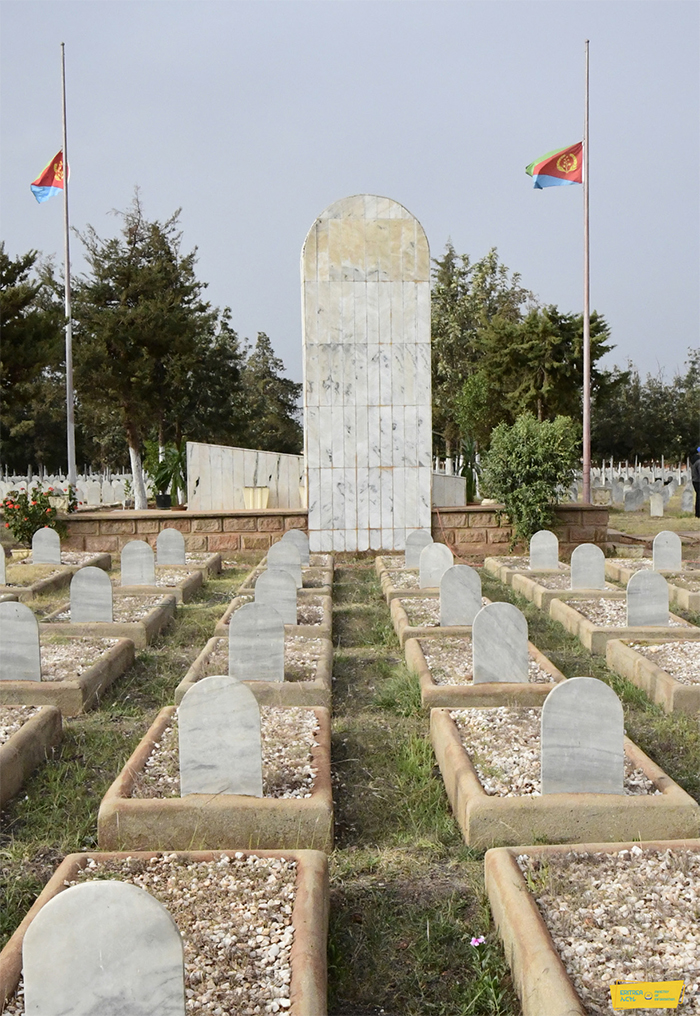 The Government selected 20th June as Martyrs’ Day as it marked the time many Eritrean heroes and heroines paid the ultimate price to crash the much touted and biggest Ethiopian offensive in 1982, the sixth offensive, aimed to “once and for all eliminate the EPLF”. The war began on 15th February, 1982, and continued uninterrupted for 95 days. The sixth Ethiopian offensive ended in a defeat of the Ethiopians. In the course of the 95-day fighting, 2,700 freedom fighters became martyrs while 5,000 were wounded. The first commemoration of Martyrs’ Day took place in 1991.

After Eritrea’s independence the provisional government announced on June 6, 1992, that the names of the 65,000 fallen heroes and heroines would be released through radio and newspapers. As scheduled, they were announced from mid- June to the end of the month. Moreover, the government formed committees at local administrative units in the cities and villages to officially announce the names of the martyrs. Religious leaders also made preparations to hold memorial services for the deceased.

A certificate of appreciation that bears the name, photo, date of conscription and place and date of martyrdom of the martyr was presented to the family of the deceased. The remains of the fallen heroes were collected from various battlefields and buried at Patriots’ Cemeteries throughout the country.

To truly honor the martyrs, the government has been taking measures to give support to their families. The government takes full responsibility for the welfare of the families. Soon after independence, every family of a martyr received ten thousand Nakfa and since 2004 such families have been regularly receiving financial support from the government.

The heroic sacrifice and martyrdom of the gallant forces of Eritrea have earned a special place in the memory of the people. On Martyrs Day, we confirm that the nation will never forget those who offered their blood and lives in defense of the country. There is no bigger sacrifice known to human beings than to lay down one’s life in the defense of the nation. It is, therefore, incumbent upon all of us to honor their valor, sacrifice and martyrdom in an enduring and holistic manner. 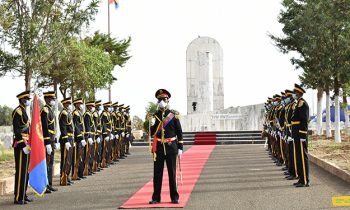 Our revolution blossomed and our endeavors were rewarded because of the blood of our martyrs. The blood of our martyrs solidifies our will, determination, strength, cohesion and solidarity. On 20th June, we salute our soldiers and commanders of the Eritrean Defense Forces, who are stationed in the battlefields of honor and dignity in the defense of independence, raising our national flag high. On this day, we pledge to emulate the discipline of our martyrs that enabled us to succeed throughout the struggle.

On Martyrs Day, we ask ourselves what the best way to honor our valiant fallen heroes and heroines would be. What can we do to reward all those who have paid their lives?

Eternal glory to our martyrs who gave their precious lives to give us security and freedom! May their souls rest in peace!