NICE: Striving to Benefit the Public 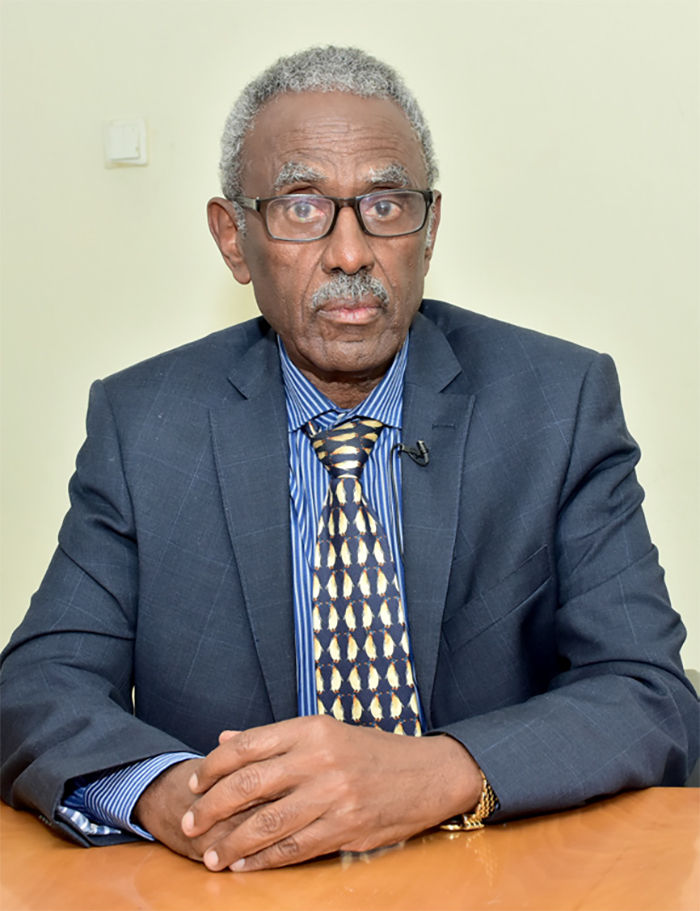 The National Insurance Corporation of Eritrea (NICE), which was established in 1992, has come a long way to become an organization of great reputation. It has three operation centers, Asmara (Head Office), Massawa, and Assab, and markets its services through a network of agents across the entire country and globe.

NICE, the only insurance corporation in Eritrea, gives life and non-life insurance services and believes strongly in the virtues of reinsuring insurances. Reinsurance is a case where multiple insurance companies share risk by purchasing insurance policies from other insurers to limit their own total loss in case of disaster. The goal is to ensure that no insurance company has too much exposure to a particularly large event or disaster.

In explaining the rationale behind the corporation’s decision to practice reinsurance, Mr. Zeru Woldemichael, General Manager of NICE, said, “Our insurance company cannot possibly insure a 750 million USD worth aircraft. We have business deals with different international companies and we reinsure the damaged good to the concerned companies.”

NICE began its operations with small capital and limited income. As Mr. Zeru put it, “to initiate insurance in the new country was very tiresome and demanded making efforts constantly. That is why we contacted insurance companies in Germany and England to create linkages.”

NICE then signed agreements with the international reinsurance corporations and continued operating with a capital of five million Birr. The Insurance sector is big and complex and there were not many experts in the field in Eritrea back then. This meant that the corporation had to deal with the challenges of building its human resources almost from scratch. 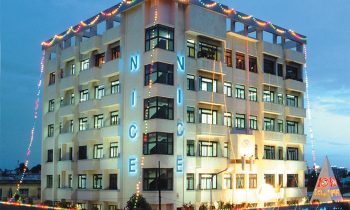 From1995 on, NICE has been organizing courses and professional exams with Charter Insurance Institute (CII) for its employees. The march toward building the professional capacity that started in 1995 still persists with even more insurance educational institutions involved. Mr. Zeru was an executive member of the CII which agreed to make Eritrea an international exam center for the CII. Unlike many other businesses, the insurance sector cannot run without employees that have certified knowledge and skills, and NICE’s partners sought such certificates. This acted as a major driving force for NICE’s commitment to building its employees’ capacity. Today the corporation boasts a mature organization and management.

In 2004 and 2013 NICE sold shares to Eritrean citizens and the decisions have paid off in the form of building a strong insurance corporation. At present it has a net worth of 105 million capital and 750 million shareholders’ capital. It has over two thousand shareholders, and 56% of the shares are owned by Eritrea’s Ministry of Finance while 44% belong to Eritrean individuals and institutions within Eritrea. The corporation invests in various international and domestic businesses. For example, it is a shareholder in African Reinsurance Corporation, with headquarters in Nigeria, known as Africa-Re or ZEP-Re PTA Reinsurance Company, NESICO Insurance Company, with headquarters in Juba, South Sudan, where NICE has been working from the beginning. NICE has shares in COMESA Zebra Company, where members of its staff are elected as board members from time to time. It also works in close partnership with the largest Chinese insurance company known as People’s Insurance Company of China (PICC).

NICE also invests in many domestic ventures such as Shishay Animal Feed Factory, Roof Garden Restaurant, located on the fifth floor of the NICE building, Shemshemya Commercial Farm in Tokombia sub-zone, Gash-Barka region, which engages in modern agriculture and livestock. In addition, NICE manages the Eritrean Government Pension Scheme and Martyrs’ Fund, for which it charges service and management fees.

Worldwide, NICE is one of the most internationally recognized and respected corporations. It promotes its image and the image of Eritrea. Mr. Zeru said, “We do know we have our drawbacks, but we are constantly striving to bring them down.”

NICE covers many types of insurance; in fact, there is none that it cannot cover because NICE’s dependence on reinsurers gives it absolute security. When there comes a devastating calamity, it is not NICE that carries the burden but the companies it is reinsured in. Whatever type of insurance is sought, there are four international brokers associated with the corporation that link it to the desired insurance market. For example, motor insurance is mostly handled in Eritrea but if it exceeds five million, we bring it down to the international insurance market with the help of our brokers. 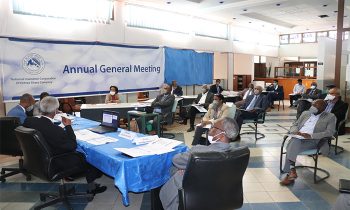 Life insurance is quite new in Eritrea. Not many people are aware of its benefits and the collective progress it begets but NICE is working on it. The law of large numbers works well when there is a massive number of insurance clients of different ages and health conditions. The larger the number of the insured is the further the extremes are evened out.

NICE has managed to ensure clients up to the age of 80-85. Most insurance corporations in the world limit the age to 75 or below, but NICE can take up to that age because it ensures the clients in big numbers. If, say, it ensures members of the teachers association, it figures out how many of them are above the age of sixty or have threatening diseases or are likely to get into accidents per year. The number of those who are not likely to claim benefits tends to exceed the number of those that would seek reimbursement. This balance drags back the average age of the insured to about 45, which is very attractive in the reinsurance market. At this rate NICE is working to ensure the Eritrean population as a whole. Worldwide, this is the trend in insurance technique and it is indeed effective. What percentage of the whole population is likely going to need medical care in a year? It is very small, indeed, considering the ratio of healthy members of the population to the unhealthy ones.

In the past 29 years, NICE has been built to be a strong insurance corporation, with its efficient management and well-educated personnel. It has raised its capital from 5 million to 105 million Nakfa and managed to provide sufficient insurance services to its clients. It has an excellent corporate image both in Eritrea and abroad.

NICE regularly analyzes the capacity of its employees and works to develop them, which is mandatory for the outstanding job it performs.

The corporation is working extensively on life insurance and raising people’s awareness about it. It funds a sitcom that is aired on Eri- TV and dramas on varied themes, including those that emphasize the functions and importance of insurance.

“People say an insurance agreement with NICE is the same as a decent marriage; no promises are broken. The corporation is widely recognized as trustworthy and is loyal to the needs of the insured,” Mr.Zeru said in his closing statement during the interview.