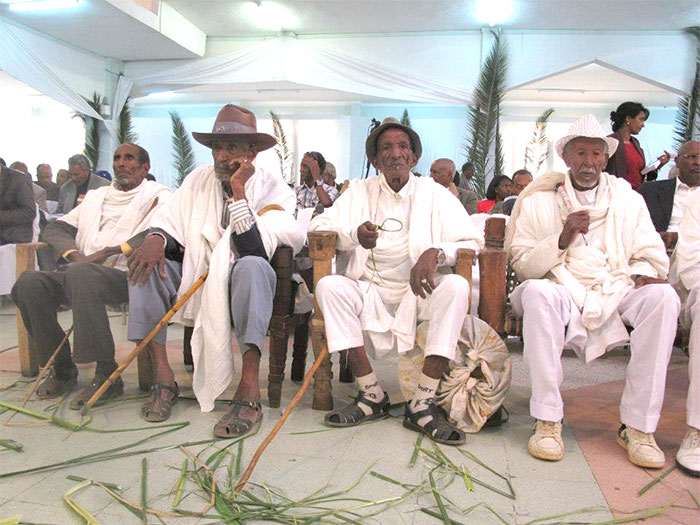 Like many countries, Eritrea’s popular proverbs and sayings tell a lot about its people. Acquiring proverbs and sayings of Eritrean people not only contributes to a better knowledge of its languages, but also promotes a better understanding of the way of thinking and the nature of the people. The nine ethnic groups of Eritrea have proverbs that reflect upon various aspects of life, community, and society. A proverb is defined as “a short, generally known sentence of the folk which contains wisdom, truth, morals, and traditional views in a metaphorical, fixed and memorable form and which is handed down from generation to generation.”

In Eritrean society, proverbs are central to the art of public speaking. Eritreans often use proverbs when they communicate and the society has a rich treasury of proverbs that have been passed on from generation to generation. These proverbs have been a source of guidance in times of peace and war, birth and death, happiness and distress. They have also been a basis of self-regulation, guidance, self-confidence, problem-solving and decision-making. It has enabled them to live in harmony with their physical and social environments. Chiku (2010) indicates that proverbs are used to identify and dignify a culture, clarifying a common vision, serving as metaphors to explain complex issues, and creating strong mental pictures of events. Proverbs have an incredible power to picture reality. Consider for instance the Tigrigna proverb: “መልክዕ ገረብ ቆጽሊ፣መልክዕ ሰብ ዓቕሊ – melk’A gereb qoxli, melk’A seb Aqli” which translates literally as “the beauty of a tree is its leaves and the beauty of a person is patience.” This proverb nicely sums up the virtue of patience.

Individuals are socialized into a system of beliefs, norms of behavior and institutions. It can be said that a proverb is an expression of truth. Reality is constructed through human activity as a product of socialization. Fayemi (2010) points out that “proverbs are an essential oral tradition that Africans use in storing and retrieving any aspect of their cultural worldview.” Eritrean society has in fact a long tradition of writing and is among the few to develop its own written script. Since ancient times it has developed its own means of constructing and reinventing their understanding of themselves and the world around them. Members of Eritrean society developed a means to comprehend the external world and to reflect their life experiences through the socialization process. All societies implement different culture forms and rationalities which members utilize in their search for meaning. The term social construction is understood as a means that reality is built from a set of social ideas through which a system of practices is implemented. In this case, proverbs act as catalysts of knowledge, wisdom, philosophy, ethics and morals. Penfield and Duru said that proverbs are a “social mode of communication… not only reflective of life but part of life” (1988:119).

Proverbs are often brief, terse, and colorful sayings expressed succinctly and in a way that makes them easy to remember. Comparison, pictorial depictions, poetic presentations, and exact expression are among the qualities of Eritrean proverbs that have made them popular among the people. Using a proverb when communicating is like adding salt or spice to food – it adds flavor. The proverb links an oral society and its past with the present. Proverbs are part of traditional knowledge and constitute a cultural heritage, which is handed down to us by the past generations. It is the remnant saved from the ruins of the collective wisdom, knowledge and philosophy of past generations. Fergusson (1983) gave a comprehensive definition of proverbs, stating that a “proverb is a succinct and memorable statement that contains advice, a warning or prediction, or an analytical observation. Its form is usually terse, figurative, and rich in metaphor and most often poetic.”

Proverbs in Eritrea are very much alive and they are found among all ethnic groups in the country. There have been some efforts by interested individuals and government institutions to collect as many Eritrean proverbs of different languages as possible. The exercise has produced a number of monographs and books mainly in Tigrigna. Coordinated efforts are required to document and translate into all national languages, as well as international languages, to preserve and share Eritrea’s rich collection of proverbs. Human communities belonging to different countries and continents are no longer isolated. Besides the common home of planet earth, we can also be united with sayings, knowledge, philosophy, and culture.

Using proverbs, the people of Eritrea can communicate much information with fewer words. Proverbs tell a lot of stories about the nature of a society. Todd and Hancock noted that “Proverbs are the distilled wisdom of a group of people and their study can provide insights into the activities, interests and philosophy of the people who created them” (1986: 385). Generally speaking, proverbs may provide interesting information of the people’s geography, history, culture, religion, social organization, attitudes, values, and attitudes. For example, the Afar people of Eritrea who live predominantly along the coast and whose livelihood is dependent on the sea have a lot of proverbs about sailing, fishing, storms, and other activities or occurrences related to the sea. In societies where agriculture is dominant, proverbs related to farming are common. Proverbs are thus closely linked to the living environments, customs and conventions, values, and beliefs of the people.

Proverbs have various social and aesthetic functions. They beautify the conversation, offer advice, and provide instruction, among other things. Eritreans used to say “Zeymsl abdi zeyeKoms’A adgi” which literally translated as “one who doesn’t use proverbs is unintelligent and one that doesn’t cud is a donkey.” The aesthetic function of the proverb is evident in all ethnic groups of Eritrea. For instance, another Tigrigna proverb says a proverb is the “butter” of speech. Others are compared with palm-wine with which words are eaten. Proverbs are considered as the cream of language. Proverbs are an integral part of interpersonal communication of everyday life. 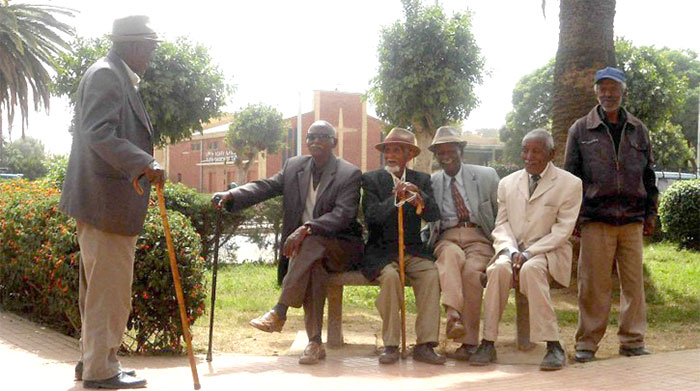 Historically, the prominent writers and orators of Eritrea, such as Weldeab Weldemariam and Gebremesqel Weldu, used to employ proverbs, stories, and historical anecdotes in their writings and speeches. They used proverbs as a way to sharply deliver their points and as an instrument of expression. During the intensive political debates carried out in 1940s, these literary figures employed proverbs wisely to make their speech more persuasive and effective. Proverbs also help us to “strengthen our arguments, express certain generalizations, influence or manipulate other people … satirize social ills, poke fun at ridiculous situations.” Journalists and public leaders must pay attention to the linguistic, literary, cognitive, informative, and other purposes of our proverbs to carry more weight in speech or writing. It also makes a conversation more humorous, lively, and interesting. Proverbs as powerful rhetorical devices may contribute to the development and effectiveness of our spoken and written communication.

The strength and impact of our proverbs is captivating and fascinating. They are compressed words of wisdom. Eritrea is endowed with vast verbal art forms that represent every aspect of life. Like our predecessors we should practice and use proverbs as an important component of writing and speech. The young intellectuals should devise ways to exploit and incorporate the aesthetic and intellectual content of our proverbs into their works.