Molobier: From Wilderness to Paradise

Despite its huge potential for agriculture, Molobier administrative area had not been exploited until the Government began to encourage the local communities, who were predominantly nomads, to live in villages by providing them with farm plots and technical as well as material assistance for the development of irrigation-based farms. The administrative area, which is part of the Forto- Sawa sub-zone, is endowed with abundant underground and surface water that streams from the highlands.

Surrounded by Homib, Aliet and Ribda administrative areas, Molobier administrative area is home to 536 families and a total of around 3000 people who live in nine villages and earn their living as farmers and pastoralists. Farming is mostly seasonal although irrigation-based farming has been flourishing since 1993. 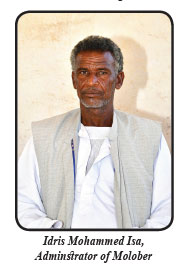 The introduction of service rendering institutions, including education, healthcare and water is helping solve challenges the local communities used to face. Mr. Idris Mohammed- Isa, administrator of Molobier administrative area said the high child and maternal mortality has been drastically reduced as pregnant women now go to healthcare facilities for prenatal and postnatal care. Mr. Isa said that the community awareness campaigns motivated the women to access healthcare. He added that the healthcare facilities suffer from shortage of medicine, but he hopes it will be eased with the opening of pharmacies. 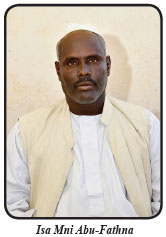 Farmers in Molobier began to engage in farm activities in 1993 when local communities, who had not lived in one location as they had to look for grazing land for their cattle, and others from the highlands started to permanently settle in the vast fertile zone. The Government encouraged the residents to be familiar with farm activities and provided them with farm machineries, select seed and technical assistance.

Isa Mini Abu-Fatna is one of the farmers in Molobier who have improved their living standards through farm activities at irrigation-based farms. Members of the community are now more aware of the benefits of farming and have been growing tomatoes, onions, pepper and taff. 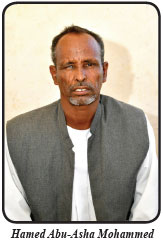 Another farmer in the area, Hamid Abu-Asha Mohammed, said they are no longer nomads and have improved their living standards through farm activities they carry out around Sawa river banks. He added that their children used to work in other farms as daily workers but this has changed once and for all as they now work on their own farms because of the encouragement and support they get from the Government. 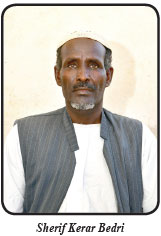 Sherif Kerar Bedri, also a farmer in Molobier, is thankful for the opportunities that enabled him to have bountiful harvest of vegetables and cereals. Although he is happy with the abundance of his harvest from the five hectares of his farm land, he has not been as happy about the ever- fluctuating prices. He said that they travel as far and as wide as Barentu, Asmara, Tesenai and Akordat only to sell their produce at very low prices. He pleaded with concerned bodies to take a look at the situation and create conditions for them to be able to sell their produce at fair prices.

Praising the benefits of the service rendering institutions set up in Molobier administrative area, Mr. Isa said, “The resettlement of the local communities in permanent locations has helped us to send our children to school as they no more have to travel with the livestock in search of grazing land and water. Everything is now accessible in our locality; we have primary and junior schools and the teachers and healthcare professionals are making a difference in our living standards and our children have been educated.”

The communities who live in Molobier administrative area have access to services such as potable water, schools and healthcare facilities and would like to have transport service so that they could transport their farm produce easily.

The farmers said that farming along the river bank is very challenging and at times their farm plots get flooded. They have gained experience over the years and strive for a better tomorrow. As a result, their efforts have started to pay off with their standards of living improving. 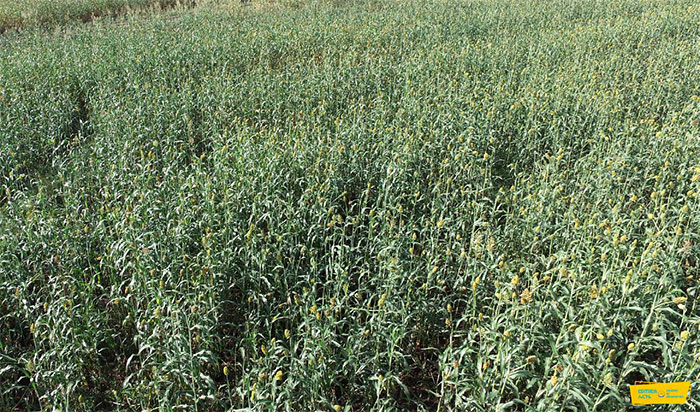 Besides growing vegetables and crops that are common in the lowlands, the farmers started to grow taff and other crops commonly grown in the highlands. Mr. Isa said they came to know about the benefits of taff, which is dear, from their friends and neighbors who had moved to Molobier from the highlands. He added that they are now so familiar with taff they are growing it to serve them as an alternative staple food and sell only the surplus harvest. They grow taff between the months of November and March and harvest 30 to 40 quintals.

The farmers said that if they are further assisted with farm machineries, they are ready to boost production as much as they can. Mr. Sherif said that the farmers in the area have shortage of pesticides, fertilizers and fuel, which have prevented them from expanding their irrigation farms. They also hire private tractors along with their operators at 1000 to 1500 Nakfa per hectare, which is expensive. Mr Sherif added the support from the Government has been encouraging but it has not been sustainable. He asked for the support to continue in the future.

Headway in Education in Anseba Region