An Overview of Social Services in Adi Kuala Subzone 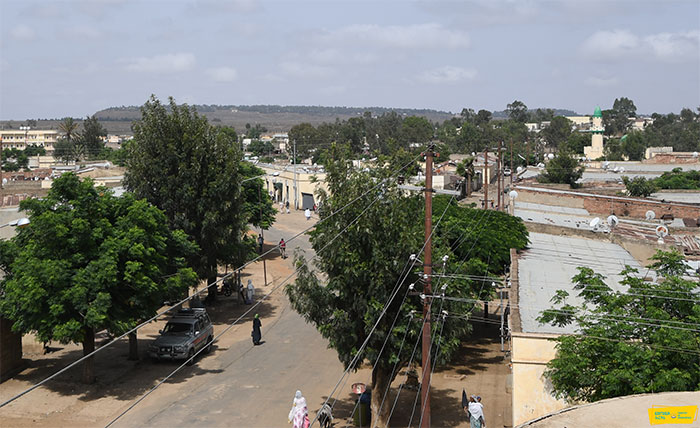 As we drove down the roads and climbed up the mountains, the senior members of our crew had a lot to say about Adi kuala subzone. Every mountain and every corner holds its own share of Eritrean history. Adi Begio, the setting where the Eritrean defense forces became victorious in 2000 against the 3rd TPLF offensive in its war of aggression, is located in the subzone. In the subzone, there are also a number of monasteries and mountains that signify the historical foundation of the Eritrean people.

The subzone is endowed with natural settings such the lake known by the locals as the “white lake” and streams which are not only sources of water to the communities but add color to the beautiful scene. What had been a field of battles and exceptional victories is now a field of hard work and development.

Adi Kuala subzone is found in the Southern region of Eritrea, and it’s the biggest of the 12 subzones in the region. Its population, comprising mainly three ethnic group – Tigrigna, Tigre and Saho — is over 95,000 who live in two towns, 106 villages and 22 administrative areas. The total area of the subzone is approximately 106,964.75 hectares and 20874 of it is farmland. Farming, both traditional and commercial, is the most common way of earning a living and some engage in trade. 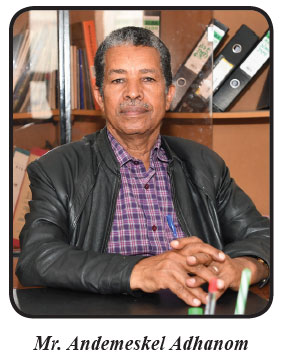 The farmers in the subzone grow all sorts of crops on what is considered the most fertile land around the area. As the administrator of the subzone, Mr. Andemeskel Adhanom, puts it, every piece of land around Adi Kuala is highly valued by the farmers, who cherish their land and use it very well. He added, “What could be more precious to a farmer than his land?” Adi Kuala is known for its land’s fertility and its taff, which is the most highly valued crop in the highlands. Taff and other crops, including oil seeds, grow abundantly in Adi Kuala.

Following Eritrea’s independence, the government has been building institutions to give social services. The health facilities in Adi Kuala subzone are very well equipped in material and human resources to serve the people of the subzone. For the big population in the subzone, the infrastructure may not be sufficient but the medical workers there fill the gaps by committing all their energy and time to reaching out to people at the farthest most location of the subzone.

Education is one of the key elements of development and nation building and the government has invested heavily on the sector. Thirty years after Eritrea’s independence, the investment is paying off. Today there is a school in almost every administrative area, and overall there are 14 preschools, 16 elementary, 6 elementary and middle schools, 2 middle schools and 2 middle and high schools and one high school in the subzone.

The government’s efforts in providing drinking water and water for agriculture has been very rewarding. Many dams have been built and are constantly maintained. Villages located on mountains and those that do not have sufficient underground water have been facing difficulties in finding water. A well-researched proposal to resettle the people in such villages so that they could have easy access to water has been submitted to the region’s administration awaiting approval. The subzone is surrounded by the Mereb River, one of the biggest in the country, which could meet the water needs of the subzone if used properly.

The energy needs of the communities in Adi Kuala subzone are being met by the national grid, locally installed generators and the use of alternative sources of energy such as solar power. There are only nine villages that do not yet have access to electricity. In an effort to electrify all towns and villages, a new electric line is being extended to give five villages access to electricity. Mr. Andemeskel Adhanom said, “It is going very well but we cannot rest until we have provided electricity to every village.”

Mr. Andemeskel sees the dispersed nature of the settlements of the people as the biggest challenge that hindered quick development in the subzone. He said the government has been working since independence to give a lasting solution to the problem by “resettling communities in a manner that is convenient to establish and give social services and I can proudly say that it has paid off.”