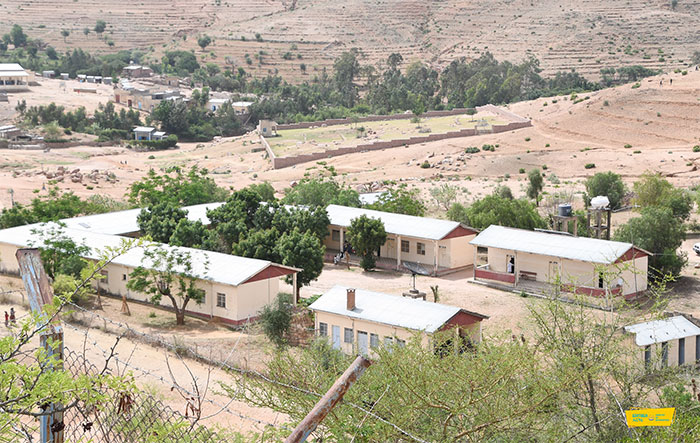 One of the major policies of the Eritrean government is ensuring equal access to social services throughout the country. According to the Administrator of Maymine subzone, Mr. Abraham Haile, the government has been working on mobilizing the people and setting them to development activities.

For the whole subzone there is one health center and one clinic that serve the communities very well but are not sufficient. As an interim solution, waiting rooms have been built to serve pregnant women and help reduce maternal and child mortality.

There was only one school in the subzone before Eritrea’s independence, which today number 27 schools. 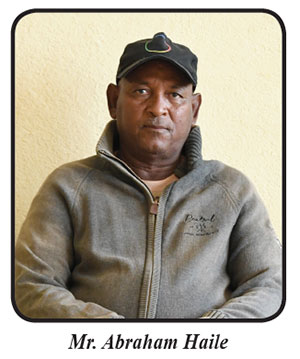 Mr.Kbrom praised the devotion of the young teachers in solving such problems. He said, “It is them that we depend on to contain our overcrowded classes. They teach make up classes and are always ready to help any student with their lessons.” School materials are provided by the Ministry of Education and are very well managed.

There is abundant underground water in Maymine which has not yet been fully harnessed. Mereb River is one great potential source of water for the region as a whole and Maymine subzone in particular. Of course, some administrative areas by the river banks use water from the river for different purposes including agriculture.

The subzone is equipped with two buses that transport people and goods to and from Mendefera and Adi Kuala, and the roads, which are bumpy, are often maintained through the concerted efforts of the community. 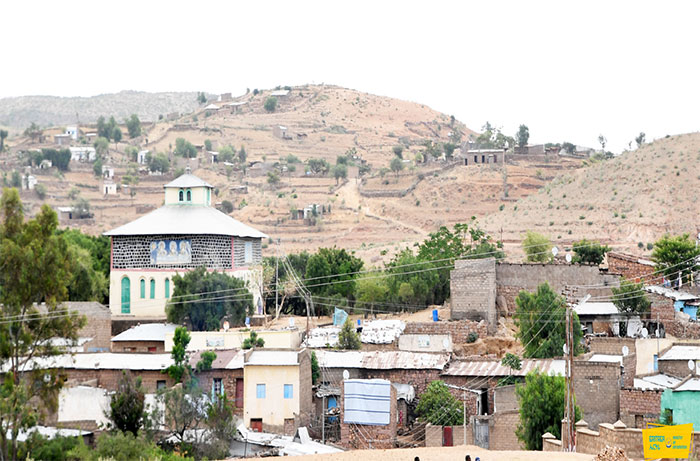 Most of Maymine subzone’s villages sit on hills, making it difficult to give social services. The subzone’s administration office has been giving out land on the flat land to encourage the community members to build their houses there and relocate. This will make it easier for the government to make social services accessible. Some villages have already moved to the plains and are benefitting from the easy access to social services.

Hadish Adi is a new village that was established in 2007-2008. It is populated by people that used to live in seven villages located on the mountains but decided to relocate to the new village in response to the government’s initiative. Speaking of the relief this has brought to them, Mr. Tewelde Redae, representative of the village’s administrator, said, “After its establishment in 2008, the government gave land and construction materials for our shelter in the new village. We were initially worried a little because the area is surrounded by rivers on all sides, but things have gotten pretty normal for us after we left our former village.”

Hadish Adi has one elementary school and potable water supplied through solar-powered generator. The village has become a trade route that connects Maydima and Maymine, which has contributed a lot to its development. Except for the rainy season when the rivers are full, the village has transportation services to and from Maydma.

The subzone’s administration encourages people to follow in the footsteps of Hadish Adi and relocate to areas suitable for easy access to health care, schools and other amenities.

Maymine subzone, one of the 12 subzones of the Southern region, is inhabited by three ethnic groups that are mainly engaged in agriculture and pastoralism. The subzone is endowed with natural resources such as gold.