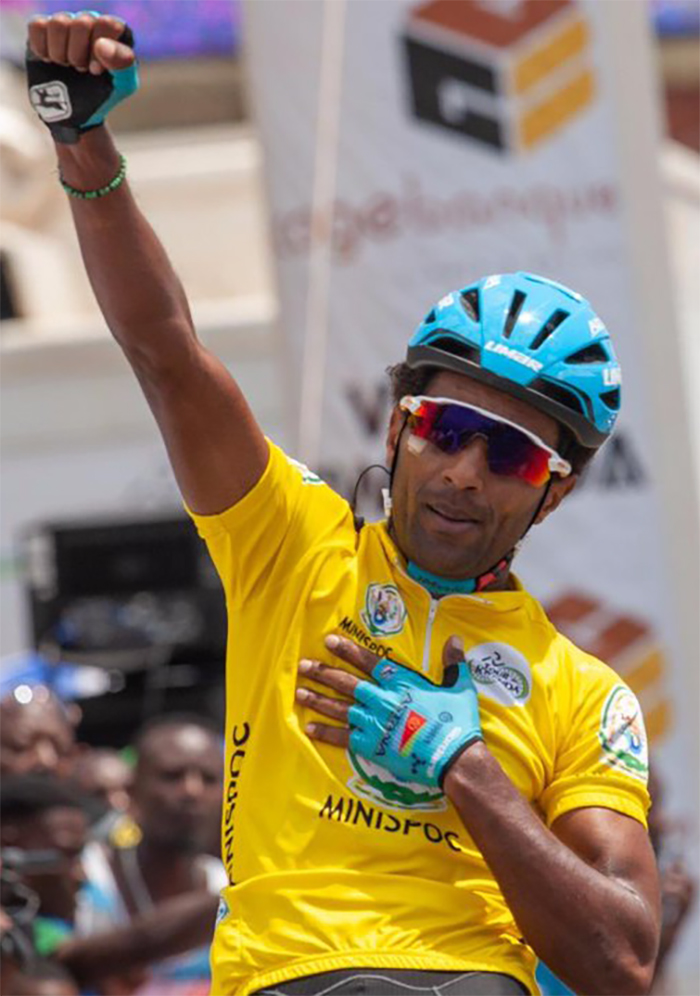 Our guests today are Amanuel Gebregziabhier and Merhawi Kudus, Eritrean cyclists who are living their dreams. They are set to go to Tokyo to compete at the 2020 Olympics, which had to be put off last year due to COVID-19. (In the next issue of Eritrea Profile we will have a Q&A with Mosana Debessai, the first Eritrean female cyclist to compete at the Olympics.)

My name is Merhawi Kudus. I was introduced to bicycle racing when I was young and used to race with my friends and peers. Besides, I have a cousin who used to race. So this and that made me fall in love with the bicycle and racing. I began to take cycling as a career when I took part in a cycling race organized by the National Union of Eritrean Youth and Students in 2006. Then I got an opportunity to join the World Cycling Center in Europe. Finally, I became a professional rider in 2014. Now I’m riding with Astana, one of the biggest world tour teams.

My name is Amanuel Gebregziabhier. As a kid, I used to get jealous of my friends who had the chance to compete and that jealousy led me to professional cycling. I joined Asbeco cycling club in 2007 and won the Eritrean championship in road cycling in 2014. I was on the startup list for the 2015 Tour de France, where my compatriots Merhawi Kudus and Daniel Teklehaimanot became the first two black Africans to compete on the tour. Then I joined Team Dimension Data Continental in 2016. After joining the World Tour back in 2018, signing for Trek-Segafredo over the winter was one of the biggest milestones in my career. Now that I’m a professional, I have more dreams to achieve in the future.

Amanuel — I consider this an opportunity to show the results of the hard work of every athlete in Eritrea. Every athlete knows that this chance comes once in four years. There are countries participating with five players but for some reason, that hasn’t even bothered us. In the last Olympics, only one athlete represented Eritrea in cycling. The fact that Eritrea is represented by three athletes this year shows the long way we have come in cycling. I guess being able to participate in such an event is an honor to us and our country.

Merhawi — I believe it’s really a big deal. Every athlete knows that competing at the Olympics is a rare opportunity in our career as it is the highest level in cycling. Three athletes participating from the same country in cycling shows the progress the country has made in that specific type of sport. This makes you proud not only as an Eritrean but also as an African. It is indeed special for Eritrea to be represented by three athletes in the same sport.

Yes, it is true. I have been waiting for this day. Back in 2015, Daniel Teklehaimanot and I participated in Tour-de- France. I had limited experience then compared to the experience I now have. But the tour helped me to recognize my weakness and work harder to qualify for the Olympics. Whatever I was feeling inside, I knew I would eventually experience outside. Now that I finally got the chance to participate in the Olympics, it feels like a dream come true and I want to have good results.

I was delighted to see such young competitive fellows. You can sense that they can be someone big in the near future. What makes the National Championship special is that you get to wear the national flag throughout the year while racing. That gives you motivation and boosts your morale.

Your question was ‘will it affect me?’ Of course, I failed to get the chance to wear the flag throughout the year but it won’t have that much effect on my performance in the upcoming games. However, I’m really glad to see those junior cyclists following in our footsteps. 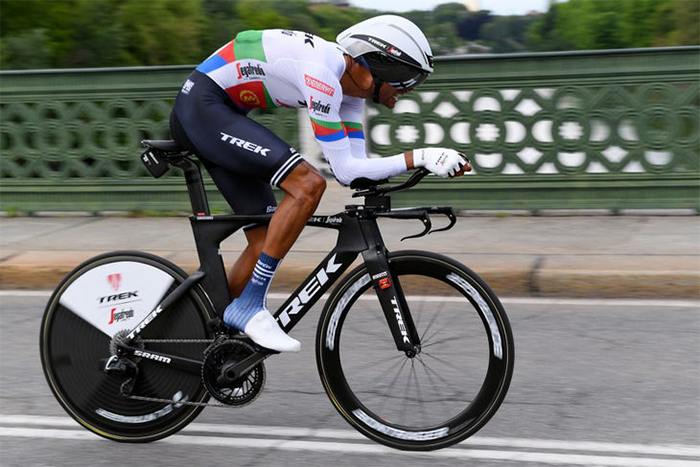 Amanuel — I experienced so many setbacks and outright defeats in the course of my career. But it is the ability to respond positively and constructively to these defeats and to bounce back that ultimately has assured my success. So I want the junior cyclists to have this quality of bouncing back as it will determine their success. I would also like them to realize that the very act of thinking of yourself as potentially excellent at what you do actually changes your mindset and personality. I want them to have that mindset to be the kind of cyclists they want to be tomorrow. 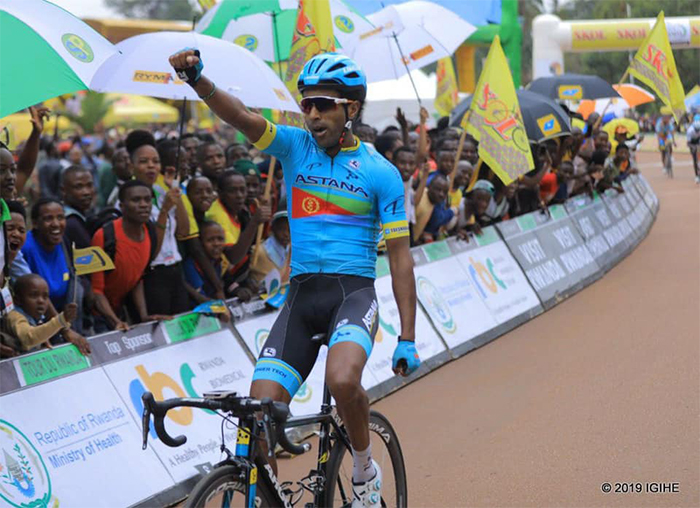 Well, there is something that I can’t deny. These young fellows are way smarter than we are and they are ambitious. Perhaps the most important quality of high achieving men and women is their ambition. They see themselves, think about themselves, and conduct themselves every day as though they were among the elite in their fields. They set high goals and continuously work hard to exceed those goals. They look upon the accomplishments of everyone else as challenges to themselves to be even better. This shows you that they will excel and do much better in cycling than we have done. So for me to tell them to work hard and play well would be a bit more like a cliché. Simply wishing them good luck will be sufficient for such cyclists.

Of course, you can’t say this and that about the game but there is one thing for sure. We will do our very best and we wish to come back to our homeland with a victory. We have been longing for the opportunity to participate and, hopefully, win and make our families and our people proud