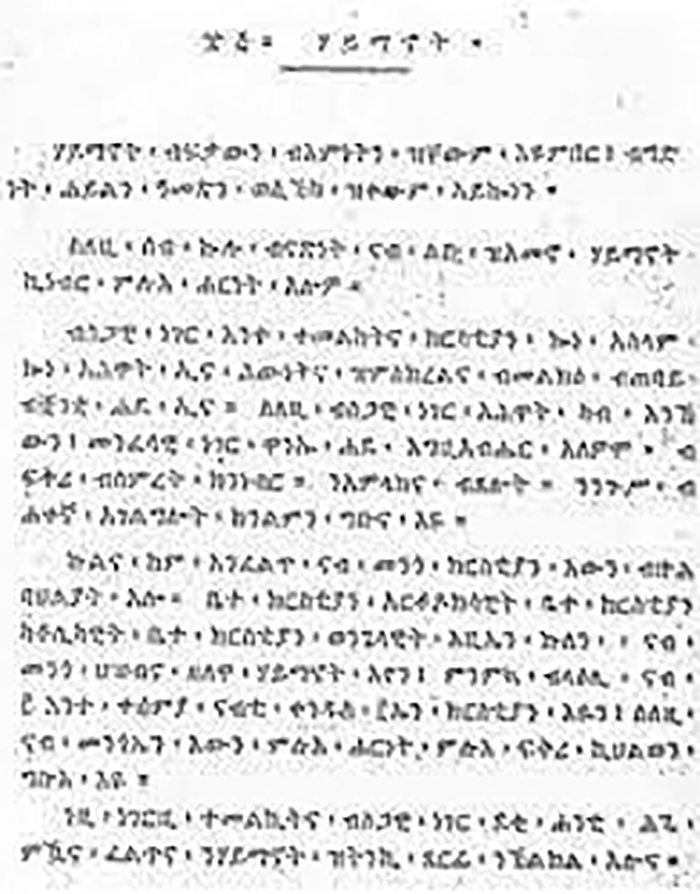 Editor’s Note: This article is an abridged version of an academic article published in the ‘Journal of Public Health and Epidemiology’ (January-March 2021 Issue), DOI: 10.5897/ JPHE2020.1252, titled ‘Traditional Inoculation Practices that led to the Development of Modern Vaccination Techniques: A Review.’

Vaccination is the administration of a biological preparation (a vaccine) in order to stimulate an individual’s immune system so that it can develop acquired immunity to a particular disease. Vaccines teach our immune system how to create antibodies that protect us from diseases. It’s much safer for our immune system to learn this through vaccination than by contracting the diseases and treating them. Edward Jenner, an English physician, and scientist who is often called the father of immunology developed a smallpox vaccine, the world’s first vaccine ever, in 1798, and his work is said to have saved more lives than the work of any other human.

Vaccination is one of the most cost-effective ways of eliminating diseases such as polio, measles, diphtheria, and tetanus from much of the world. It currently prevents 2-3 million deaths a year. Many diseases that had been causing great havoc to the world population have been reduced by up to 99.9% after their vaccines were introduced.

If people stop having vaccines, it is possible for infectious diseases to quickly spread again. In recent years, a small but vocal minority of individuals in some developed countries have refused to have their children vaccinated because, they argue, many of the previously common illnesses have been defeated, and they fear the potential side effects of the vaccinations more than the disease itself. The World Health Organization (WHO) recently listed vaccine hesitancy – the reluctance or refusal to vaccinate despite the availability of vaccines – as one of their top ten biggest threats to global health. Vaccine hesitancy threatens to reverse progress made in tackling vaccine-preventable diseases. Measles, for example, has seen a 30% increase in cases globally, and some countries that were close to eliminating the disease have seen a resurgence.

Before the advent of modern vaccination practices, traditional societies in different parts of the world have been applying their own methods of preventing infectious diseases. Generally, traditional inoculation practices are similar to modern techniques of vaccination and are guided by the same principles. In China, the earliest hints of the practice of inoculation for smallpox came during the 10th century. One of the Song Dynasty Chancellors of China lost his eldest son to smallpox and started seeking a means of sparing the rest of his family from the disease. He organized a meeting of physicians, wise men, and magicians from all across the empire in order to share ideas on how to cure smallpox patients. A divine man from among the participants carried out inoculation that spared the lives of the Chancellor’s family and many other people in the area. In this method of inoculation, scabs were taken from an infected person and wrapped carefully in the paper. They were then put in a small bottle container, corked tightly, and stored in a cool, dark place. After about 30 to 40 days, the powder was inoculated by blowing into the nostrils of the subjects.

Inoculation was practiced in America as early as 1721, when Boylston, at the request of a Boston minister, Cotton Mather, successfully inoculated two slaves and his own son. After this initial success, Boylston began performing inoculations throughout Boston, and people started to be convinced slowly when the effectiveness of Boylston’s inoculation was proven to be successful.

The practice of inoculation was first introduced to England by Lady Mary Montagu, the wife of Edward Montagu, who was serving as the British Ambassador to the then Ottoman Empire (1716-1718). Lady Montagu lost a brother to smallpox and bore facial scars herself from the disease and was impressed to witness, first-hand, the practices of inoculation by the Turks. England was ruthlessly threatened by the smallpox epidemic in 1721 and Lady Montague called on her physician, Charles Maitland, to inoculate her daughter and invited her friends, including Sir Hans Sloane, (physician of the then King of Great Britain, King George I) to witness the inoculation. This occasion gave rise to great interest among people and the government of the kingdom and, as a result, Maitland was given permission to inoculate six prisoners who were sentenced to be hanged at Newgate Prison, in exchange for their freedom. Maitland performed the inoculation, and all the prisoners survived and were released from prison. Following this successful practice, the daughters of the Prince of Wales received inoculations a year later in 1722. After this historical event, the practice of inoculation slowly spread amongst the royal families of Europe, and people started embracing the practice stage by stage. However, its introduction to France faced considerable opposition and was later banned by a ruling of the parliament. In general, though, the popularity of inoculation grew in Europe through the 18th century and many parents started inoculating their children.

The practice of traditional inoculation in Ethiopia was reported by Nathaniel Pearce, who traveled to Ethiopia in 1831. He noted that inoculation practices were performed by a ‘debtera’ (a learned person in a monastery) in the traditional communities of Amhara and Tigray. The ‘debtera’ collects “a quantity of matter” from a person who has contracted smallpox, “cuts a small cross with a razor in the arm” of his subject, and put “a little of the matter” into the cut and bound it up with a bandage.

In Eritrea, traditional vaccinations started to be practiced earlier than in many other African countries, and this has been confirmed through the various customary laws of the country that were handwritten and kept in churches and monasteries. Although many of the original versions were lost, about nine such laws have been published. One of the nine customary laws in Eritrea, the Law of Logo Chiwa (Ser’At Logo Chiwa), which was formulated in 1484 and revised four times (in 1650, 1892, 1935, and 1938), stipulates how people contracting infectious diseases within a community should be treated.

Article 55 of the law explains the important steps that need to be taken by the community leaders (Chiqa Adi/Mslene) whenever a contagious disease spreads within a community. Infected people are isolated by the order of the community chief to prevent the spread of the disease. A woman from the village is assigned to prepare and supply food, water, and other necessary supplies such as firewood provided by few young people assigned by the village chief. If the situation worsens, the village is put in lockdown and prevented from making any contact with neighboring villages. The infected people receive medical assistance and are released if their conditions improve, and the bodies of those that die are burned wherever they are. On the other hand, if children in a particular community contract measles, the village chief orders the families to keep their children in isolation. When the pustules of these children are fully mature and start bursting, all the people in the community gather, and the bodies of these children are washed with water and the body wash is collected in containers. Then, all the children above a specific age within the community gather and are made to take a sip each from the body washes of the children. Within few days, these children start to slowly develop immunity to the disease and never contract measles again.

The practice of isolating infected people to prevent the spread of a contagious disease within a community is known as ‘wusheba’ in Tigrigna, which is equivalent to the modern ‘quarantining’ practice, which has now become the basic tenet of the WHO whenever an epidemic or a pandemic occurs. The WHO was officially established in 1948 but the traditional quarantine practices (like ‘wusheba’), had been in place before the establishment of the world body.

Traditional inoculation, which started to be practiced in China in the 10th century, expanded throughout the world until modern vaccination techniques were discovered by Edward Jenner in 1798. The basic principles of the traditional inoculation methods and the modern vaccination practices are basically the same. They both introduce the disease-causing microorganisms to their subjects in a weakened form so that the individuals receiving these microorganisms would be able to develop immunity against a particular disease. The traditional practice of isolating infected persons (wusheba) and the modern quarantine practices are also basically similar. Moreover, the isolation of infected persons was a common practice in traditional societies before WHO declared the practice of quarantining. Thus, it is imperative to conclude that modern vaccination techniques have their roots in the traditional inoculation practices, which have significantly contributed to their development.